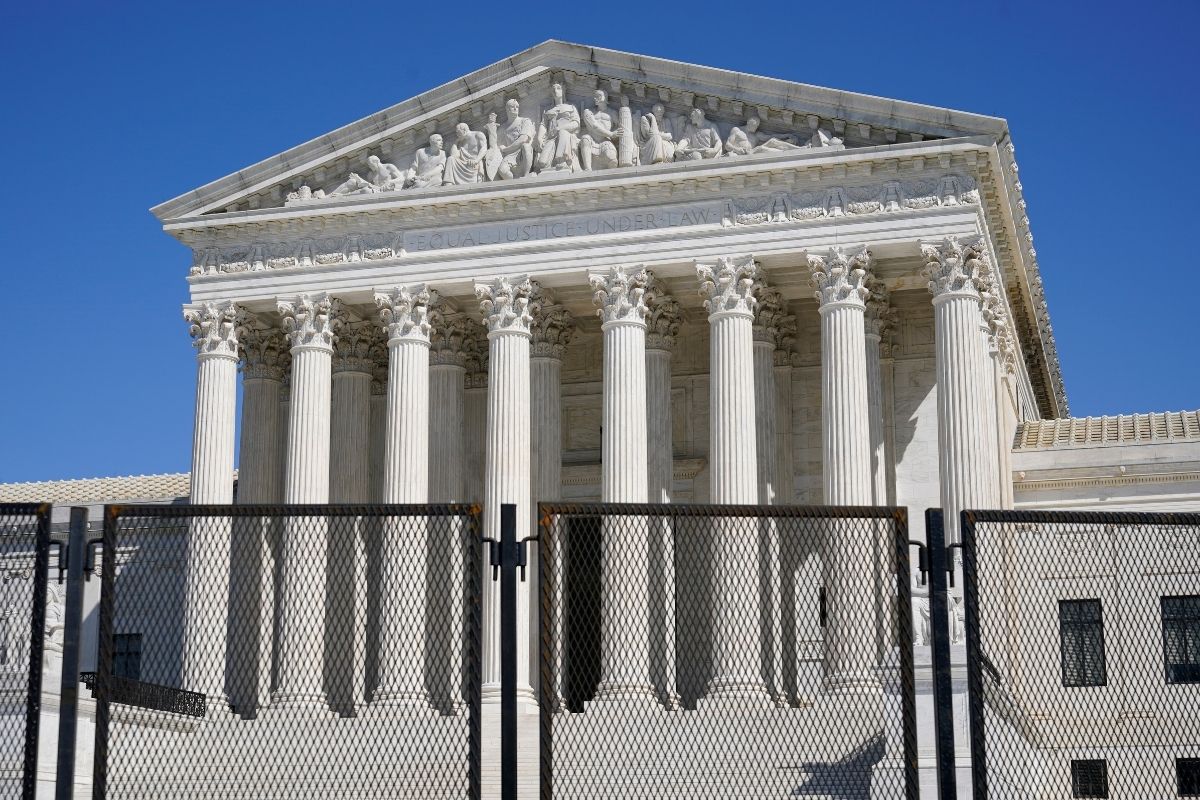 The U.S. Supreme Court heard an oral argument in Caniglia v. Strom, a case that could have consequences for policing, mental health, and due process with the Biden Administration and attorneys general from nine states. Politicians urged the High Court to uphold warrantless gun confiscation. The Supreme Court weighed when law enforceent officers can enter homes without a warrant, with justices making up scenarios that involved elderly neighbors, a massive social gathering, a cat in a tree, and a Van Gogh painting to help them resolve the case.

While some of the examples were light-hearted, the case concerned a man whose wife was worried that he might kill himself. Police entered his Rhode Island home without a warrant and decided to seize his two handguns. The man stated overruling against him would give police a blank check to enter homes without any warrant if they were performing a community caretaking function. During the argument, it was clear that both conservative and liberal justices believed that police should be able to enter a home in limited exigent circumstances, so they worried about how to ensure police weren’t given too much leeway.

Using hypothetical scenarios in one way the justice tests the boundaries of several legal theories which they came up with on that day. Chief Justice John Roberts asked whether police officers could enter the home of an elderly woman if they were told that she was never late but missed a dinner date with her neighbors and wasn’t answering her phone. During a 90-minute argument that the court heard by phone due to the coronavirus pandemic, Roberts stated, ?The police are violating the Constitution because they walk in the back door to make sure she?s not lying on the floor??

He wanted to know whether officers could enter a fenced backyard to get a cat out of the tree near the person’s home or if they could go into the home to save a Van Gogh painting if water was dripping on the artwork. Other justices also tested the potential limits of police authority. Justice Amy Coney Barrett asked whether in a town with a high rate of coronavirus infection police would enter a home if they saw through a window that a lot of people were gathered together and we’re not wearing any Mass. Justice Samuel Alito stated that what troubles people about a caretaking exception is ?that doesn’t seem to have any clear boundaries. ?

Justice Sonia Sotomayor asked whether police officers in the case at hand could have taken not just a gun but a knife, bat, and anything else in their judgment that this man could have used in order to kill himself. Prior court decisions allow police to enter a home without a warrant only in emergencies. Justice Brett Kavanaugh suggested allowing police warrantless entry into homes for Community caretaking is likely to be relevant in only two scenarios: when an elderly person hasn’t been heard from or when there are potential suicide concerns. He suggests that he was worried about police officers backing away from going into houses in those two scenarios.

The case heard by the Justice involved a Rhode Island couple, can Edward Caniglia and Kim Caniglia. Back in 2015 during an argument in their home in Cranston, Edward put a gun on their home’s dining room table and told his wife, ?why don’t you just shoot me and get me out of my misery?? The weapon luckily turned out to be unloaded, and Kim spent the night at a motel. But she did call the police and the next day when her husband wasn’t answering her phone call. She told the police that she thought her husband might be suicidal.

Police spoke with Edward for a wellness check at his home and he told officers that he was fine. But the man agreed to go to the hospital for a psychiatric evaluation, according to his lawyers, after being promised that his two handguns would be seized if he followed through. After an evaluation, he was discharged but while he was away police entered his home without a warrant and took his guns away. The weapons were only returned after he sued. The Biden Administration is now urging the court to side with the officers. Attorney generals from 9 states are urging the high court to uphold warrantless gun confiscation.

Watch: Man With 6 Guns and Body Armor Arrested Inside Publix