Bundle Up! This Week’s Arctic Blast Will Break More than 300 Records Across the US 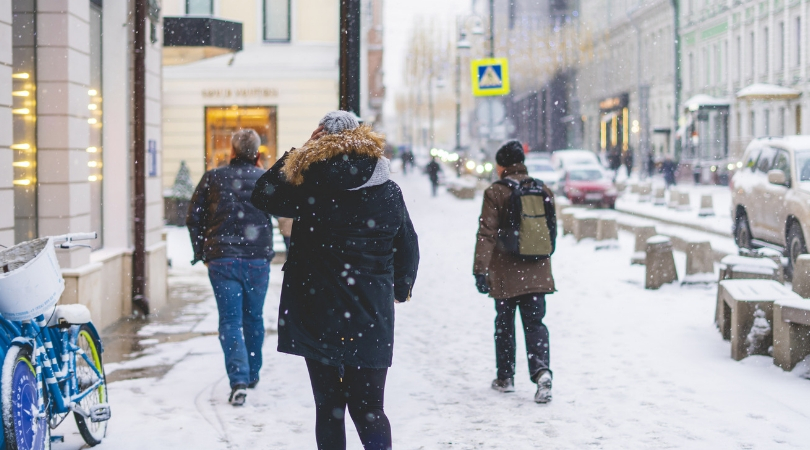 Listen, when I’m begged mother nature for there to be a little bit of cooler weather back in August, I didn’t mean freezing weather or winter storms. But apparently, she wanted to teach us a lesson to appreciate all seasons.

Hey East Coasters, you might want to get your extra jackets, winter boots, hats, and mittens because you are certainly going to need them for this week’s Arctic Blast. For the next 5 to 7 days it won’t just be cold, but record-breaking freezing. Yes, the National Weather Service predicts more than 300 record cold temperatures could be tied or set for Monday to Wednesday.

ARCTIC BLAST: It’s starting to feel a lot like winter for half the country as an arctic blast brings freezing temperatures from the south to the northeast and snow to the Midwest. pic.twitter.com/uejfvFhpvR

This whole freezing situation is part of the Arctic Blast that’s hitting the East Coast, which is bringing the coldest air of the season to the Eastern two-thirds of the country. This Monday, November 11, temperatures are expected to plummet in the Great Plains before moving further east through Wednesday.

Expected low temperatures Monday into Tuesday morning will be more like January temperatures across the Central US. Unfortunately, it will be freezing below zero in parts of Minnesota, and the temperatures down into the teens are forecasted as far as Texas. Stay strong, Texans.

This Wednesday, almost a hundred record lows could be set for the Deep South all the way to the Northeast. Some places in the East are set to experience 30 degrees below average temperatures on Wednesday afternoon. According to CNN meteorologist Taylor Ward, freeze watches and warnings are being extended as far as South as Florida.

Northern Michigan was blanketed in a reported 16 inches of lake-effect snow.🌨️

Another Arctic blast is on the way affecting temperatures well into next week! #miwx pic.twitter.com/xsp7rdlViD

The harsh weather conditions have already had a major impact on transportation. Early this Monday morning in Chicago O’Hare International Airport, an American Eagle flight slid off the runway. There was slight snow visible of less than a mile, wind gusts of 30 miles per hour, and a temperature of 23 degrees Fahrenheit. Due to this, more than 900 flights heading to or leaving O’Hare and Midway International Airport were ultimately canceled due to the weather conditions

As far as snow, forecasters expect more than 70 million people to see accumulating snow from Colorado to Maine. Advisories and winter warnings will stretch from the Midwest to New England. Detroit, Chicago, Kansas City, and Milwaukee all had light snow during their Monday morning commutes.

The heaviest snow will eventually fall from New England, back toward the Great Lakes were there is expected to be more than a foot of snow in some locations. Enhanced lake-effect snow is also forecast to produce even high snow total around the areas where snow bands set up. This occurs when very cold and windy conditions form over a “not-so-cold-lake, with the water providing a water source that leads to snow.”

Stay warm out there, folks!