A rare snowfall covered the historic streets of Rome, and the photos are amazing 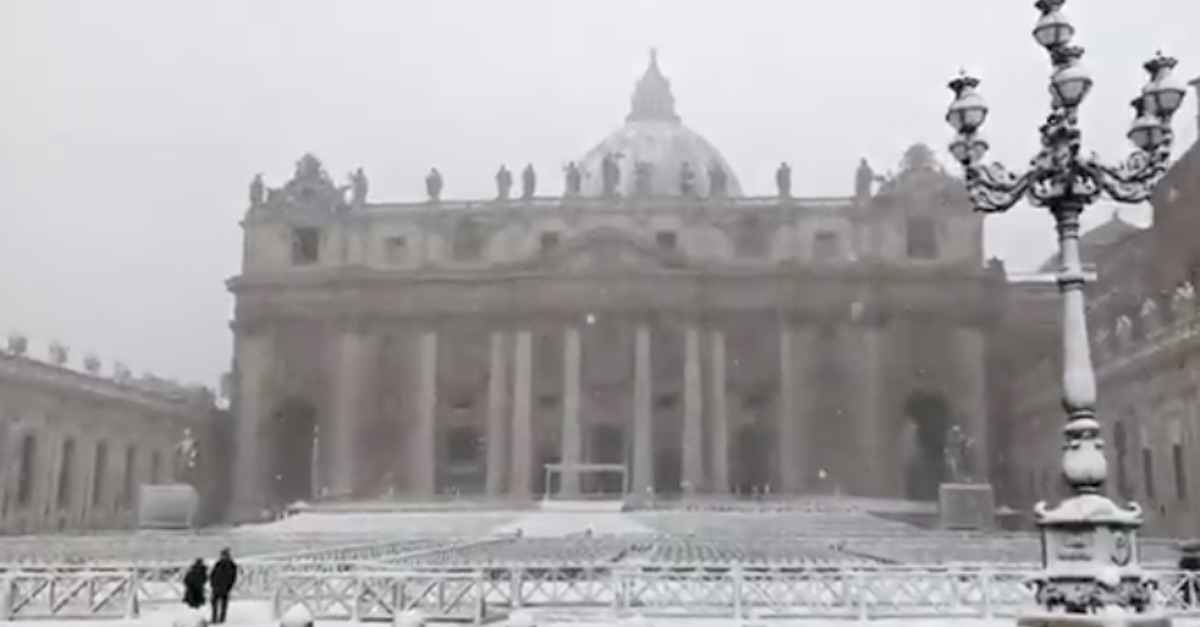 Snowfall in “The Eternal City” has caused a temporary commotion.

Romans awoke to a wintry mess of only a few inches on Monday, but it was enough to slow down public transportation.

Rome’s train, plane and bus services ground to a halt as the streets were covered by a thick blanket of snow.

The snowfall was also enough to close schools. Parks that usually stay green through winter turned white, giving eager Romans a rare opportunity to go sledding, snow-shoeing or skiing. Even the Circo Massimo became a hotspot for snowball fights, while Piazza Navona, with its famed Bernini fountains, turned into a snow-dusted winter wonderland.

Photos of snow covering the Colosseum, the Circus Maximus, St. Peter’s Square, the Pantheon and more have appeared online.

Snow is falling inside the Pantheon in #Rome pic.twitter.com/7mQM7LzO2b

I’M SCREAMING PEOPLE HERE ARE SO NOT USED TO THE SNOW THAT THEY WENT OUT WITH A SNOWBOARD IN ROME pic.twitter.com/T5UaVcJnGM

OMG As if the Colosseum in Rome wasn’t beautiful enough, even more beautiful after a fresh & rare snow fall. pic.twitter.com/rtA2kfl0pw

RELATED: Winter in Niagara Falls might be the most beautiful thing on earth

#Snow in #Rome. Last time this happened was in 2012. Presumably, the city will be even more chaotic than usual tomorrow… Schools will be closed, and public transportation reduced. #snowday pic.twitter.com/L7oyu0J47u

Rome covered in snow: very rare! Some pictures of the Vatican. pic.twitter.com/A0LzHGrJob

Good morning from Testaccio! Snow in Rome for the first time in 6 years! #rome #snowday pic.twitter.com/iaUwQ0Njkd

Even the Swiss Guards are enjoying the moment.

Snow in Rome this morning. The Swiss Guards made a snowpope. pic.twitter.com/eT0dzyIu9b

As Ron Burgundy once said, “When in Rome.”