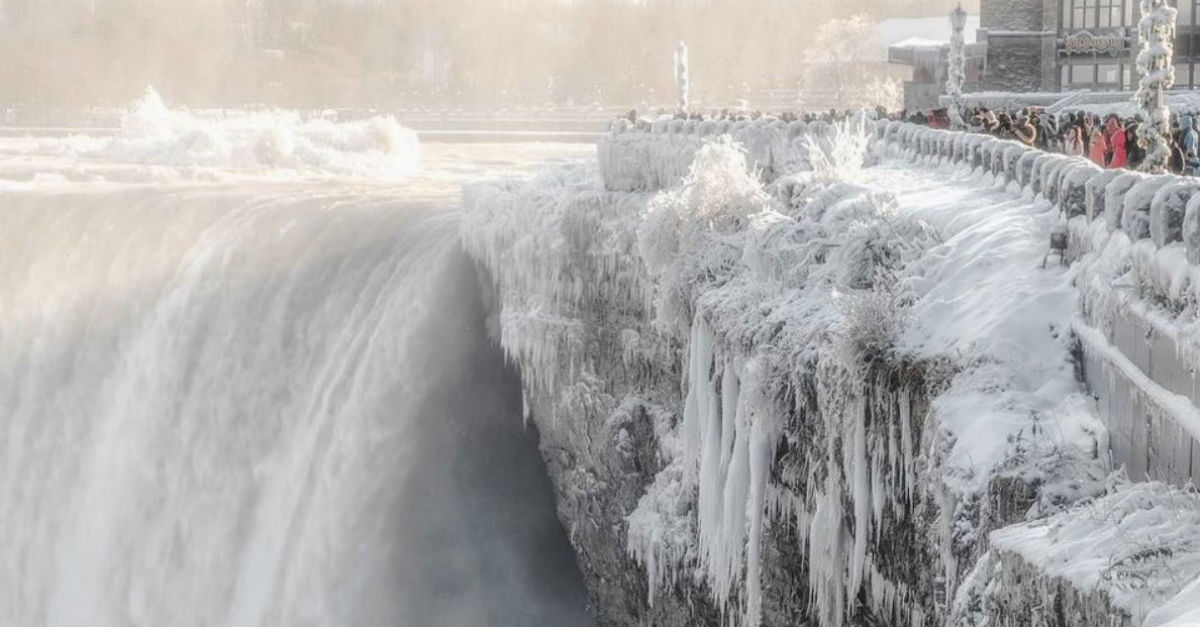 Back in 2017, a cold wave swept almost all of North America. As temperatures dwindled, some pretty bizarre things occurred around the globe. But one of the coolest and most beautiful sights during that time had to be Niagara Falls where Jack Frost painted a spectacular scene, and it looks like something straight out of Narnia.

All year long, tourists flock to the iconic location that sits on the border of New York and Canada–in the summer, it’s a lot more pleasant but it’s hard to argue that it’s even more beautiful in the winter.

Guys, not to alarm anyone, but the Canadian side of Niagara Falls is an icy, winter wonderland right now

You don’t even have to be a world-class photographer to capture the beauty of the natural wonder!

Look at all those white trees!! The Falls mist is landing on them making it all look like NARNIA 🦁 Raaaaar! 👸🏼🇨🇦❄️ pic.twitter.com/0tuDUIQdcR

And, of course, every sight looks a whole lot prettier with a hedgehog in the mix.

Pumpkin visiting #NiagaraFalls…of course you would find Pumpkin at the end of a rainbow! 🌈🦔 pic.twitter.com/Rt286fCbvc

This isn’t the first time that the falls have experienced that wonderful winter tint — one photo from 1890 shows that, even though the scene has gotten pretty commercialized, it has always looked spectacular in the winter.

The area where the natural wonder sits has been below freezing for a while, and the forecast doesn’t show any signs that it will warm up soon.

This not painting it's real picture of Niagara falls now in winter cold pic.twitter.com/6NA4e9LsSm

It’s not really all that uncommon for the falls to freeze over since they’re situated in a place that generally experiences harsh winters.