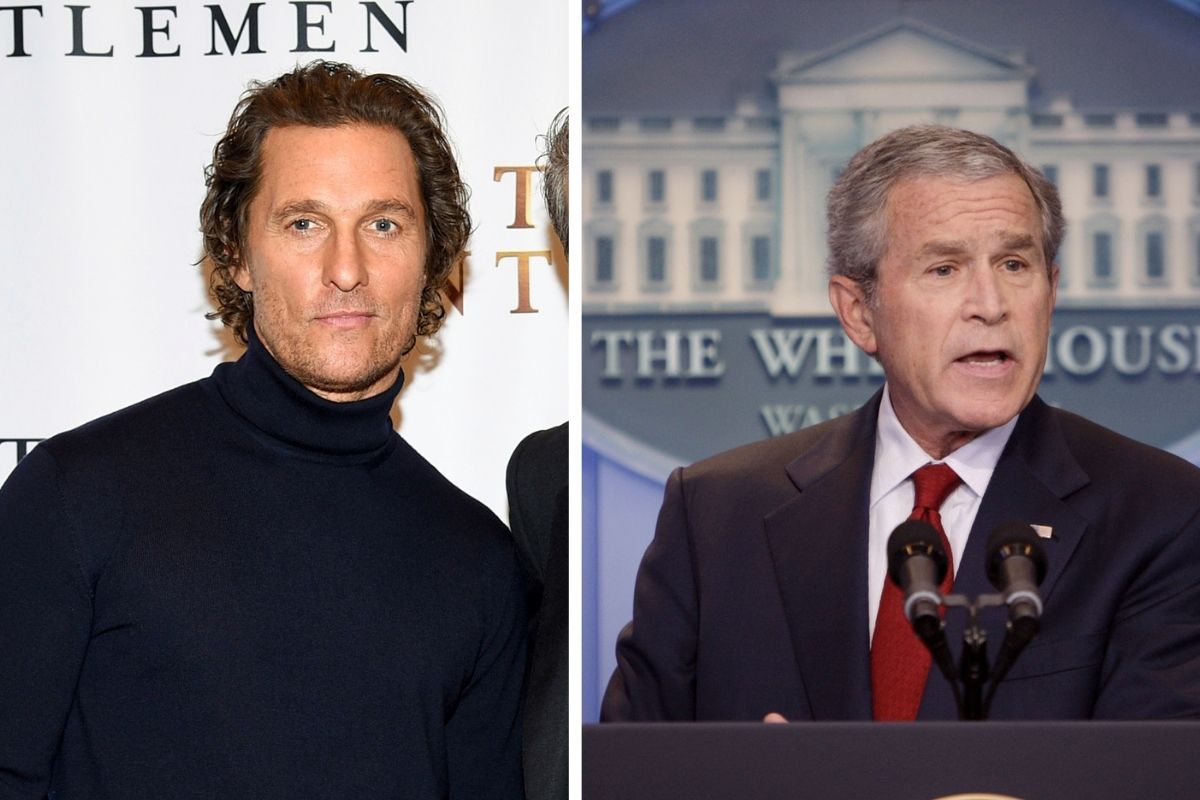 Earlier this week, the team at Rare discussed the likelihood of actor Matthew McConaughey being elected governor of Texas.

Not long after, former U.S. President George W. Bush weighed in on the issue. On Tuesday’s episode of TODAY with Hoda & Jenna, Bush said, “I have no idea [about McConaughey’s chances of winning]. I just tell you this: It’s a tough business.”

During the morning broadcast, the former president appeared alongside former first lady Laura Bush. The couple was interviewed by their daughter Jenna Bush Hager and her co-host Hoda Kotb.

It was the former first daughter who brought up the possibility of McConaughey running. Hager noted that the 51-year-old actor “is making headlines down in Texas, dad.” Her co-host Kotb added that the Oscar winner is currently ahead of Governor Greg Abbott in the polls.

And it’s true — a recent poll from the Dallas Morning News and the University of Texas at Tyler shows the Dallas Buyers Club star has a double-digit lead on Gov. Abbott in a hypothetical gubernatorial race. According to the poll, 45 percent of registered Texan voters would vote for McConaughey, compared to the 33% who would vote for Abbott and 22% who would vote for someone else.

Though McConaughey hasn’t confirmed anything, the Hollywood star has been toying with the idea of running for governor in his home state for a while. He revealed political aspirations back in 2020, hinting at the possibility during numerous interviews while promoting his memoir, “Greenlights”.

During a November interview on The Hugh Hewitt Show, the actor told the host that a gubernatorial run “wouldn’t be up to me”. “It would be up to the people more than it would me,” McConaughey said. “I would say this: Look, politics seems to be a broken business to me right now. And when politics redefines its purpose, I could be a hell of a lot more interested.”

Last month on the Balanced Voice podcast, the star said running for Texas governor was a serious possibility. During the now-trending interview, podcast host Rania Mankarious commented, “Should your next leadership role ever include you, you know, running for governor of this wonderful state, we’d be very happy,” “I hear you. It’s a true consideration,” McCaunaughey responded.

Politics-wise, McConaughey has long taken a moderate stance without defining his viewpoint on many political topics. Last year, the actor told Fox News radio that he believed that neither liberals nor conservatives are to blame for the nation’s deep political divide, but rather extremists on both sides.

Prior to the 2020 election, McConaughey declined to say whether he wanted Joe Biden or Donald Trump in the White House.