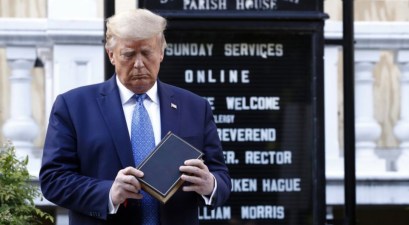 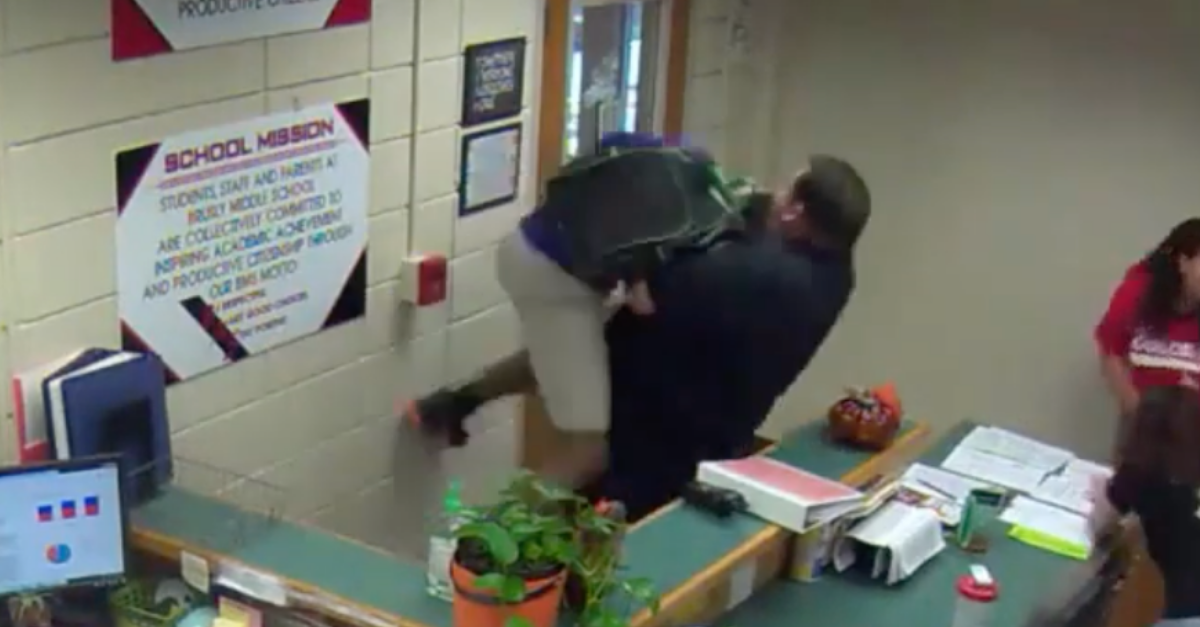 BRUSLY, La. (AP) — Protesters are calling for accountability after a videotaped altercation showed a police officer twice slamming a 14-year-old male student to the ground at a central Louisiana middle school.

Local media report that members of the community of Brusly marched Monday to a Town Hall meeting to demand more facts.

The controversy stems from the student’s detention in October at Brusly Middle School, an incident captured on a school surveillance camera and sent anonymously to local television station WAFB. The video shows the officer wrestling with a young male student before slamming him down.

Another officer later comes in to help handcuff the student and slams him against a desk, the video shows.

Marcher Shaeeta Williams told the council that people are “disturbed and upset” by the video.

“We want the facts,” Williams told the town council. “This is a situation that upset many of us. And we come in peace, but we also come disturbed and upset and confused on how the situation took place.”

Brusly Police Chief Jonathan Lefeaux asked state police to investigate the incident. He told The Advocate that the officers were initially placed on paid leave but then he asked for their resignations because he believed the incident would have made it hard for them to continue working in the community. The officers have resigned.

The state police finished their investigation last week and handed it over to the local district attorney’s office, said Trooper Bryan Lee, a Louisiana State Police spokesman. He declined to comment on what was in the report.

Tony Clayton, chief felony prosecutor for the 18th Judicial District Attorney’s Office, said last week that the office planned to bring the incident before a grand jury no matter what results follow from the State Police probe.

“The optics to this one are bad, and I’m going to put it before the public and let them make the determination what to do with it,” Clayton told The Advocate.

A lawyer, Kwame Asante, who is representing the boy’s family, has said the boy’s rights were violated.