A Florida man escaped an ambulance, climbed an excavator, took his clothes off, and that was just his first escape of the day 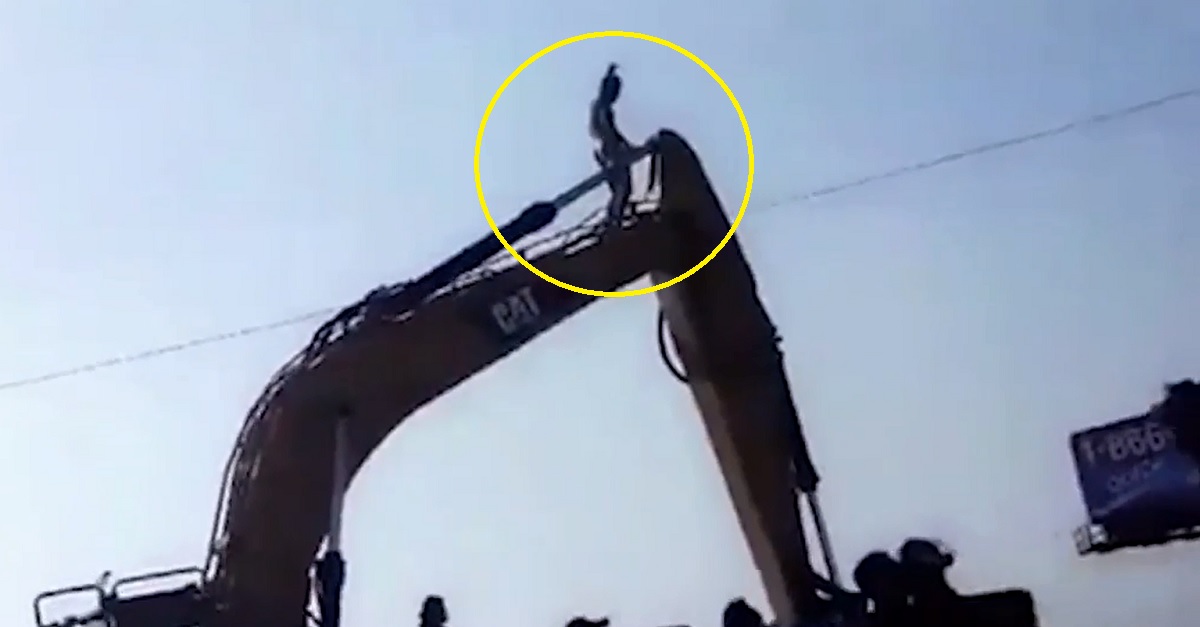 A Florida man being transported to the Palmetto General Hospital for a mental health evaluation escaped his ambulance in Miami, climbed an excavator some 30 feet in the air, took his clothes off and repeatedly claimed he was a serial killer, according to a story in the Miami Herald.

The 29-year-old Miami Gardens man, who has not been identified, allegedly suffers from schizophrenia and bipolar disorder. In the ambulance, paramedics say he grew angry and smashed a window to escape, saying he wanted to be killed by police.

RELATED: No bull: Florida’s “Beef Thief” is under arrest and showing off her forehead to the world

Once he’d climbed the excavator alongside Miami’s Palmetto Expressway and taken his clothes off, he remarked that his worlds were “merging” and that “it was going to end.”

The man was facing a mandatory mental health evaluation from Miami-Dade County Police, but his day wasn’t over yet.

Once placed in a police car to continue his transport to the Jackson Memorial Crisis Unit at Miami’s Jackson Behavioral Health Hospital, he tried to escape again. The man allegedly got out from his restraint and attempted to smash open both windows in the car with his still-restrained hands and feet, telling transporting officers he’d kill police with “hollow point ammunition.”

His second escape attempt was unsuccessful, however.