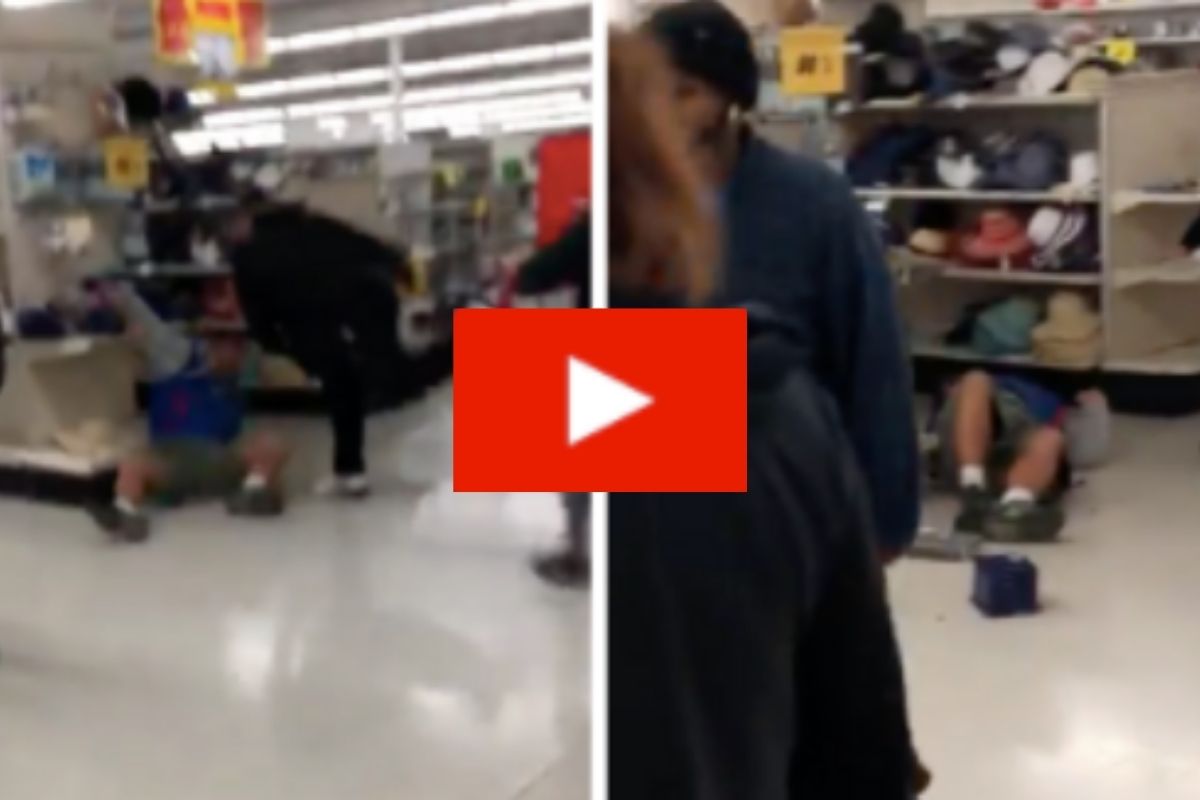 After getting slammed into shelving units, one Black Friday shopper may have left Kmart empty handed, but he definitely went home with some serious injuries.

In a shocking video of the fight, a man in a blue jacket approaches another man wearing a black hat. While it’s unclear what the man in the blue jacket did or said, the other man can be seen immediately grabbing him and body-slamming him into a nearby shelving unit, leaving him crumpled on the floor. As he rolls onto his stomach clutching his hip and back, a woman who was shopping with the man in the hat yells, “He touched him first!”

“He brung [sic] this cart in himself and rolled it there. He took it,” she continues trying to explain the situation while the injured man continues to lie on the floor in pain behind her, “He took it.”

According to other reports, the man in the jacket “allegedly tried to steal a man’s cart full of items he selected to purchase.” That’s when the man in the hat attacked him, leaving him with a possible broken back — maybe even a shattered hip. I’m not really sure as to why Black Friday deals always turn into Black Friday fights, but I can tell you right now, no one should get this hurt from stuff like this.

It doesn’t matter if Walmart, Best Buy, Sears, Macy’s, Kohl’s, and/or any other retailers all have the best Black Friday sales. Black Friday shopping is supposed to be a fun time during holiday shopping season carrying over the caring family atmosphere from the previous Thanksgiving night. To even act such a way after Thanksgiving day still appalls me.

We live in an age now where cyber Mondays are a thing, and Amazon is basically taking over the world. Maybe small businesses don’t have the same Black Friday hours, but they could always use the support as well instead of standing in line for hours at your nearest mega department store. And with brawls surfacing pretty often and the coronavirus pandemic still at play, it wouldn’t hurt if Black Friday shoppers sat at this one out for the first time ever.

Watch: 4 Grown Men Embarrass Themselves by Fighting Over Toy Car on Black Friday at Walmart