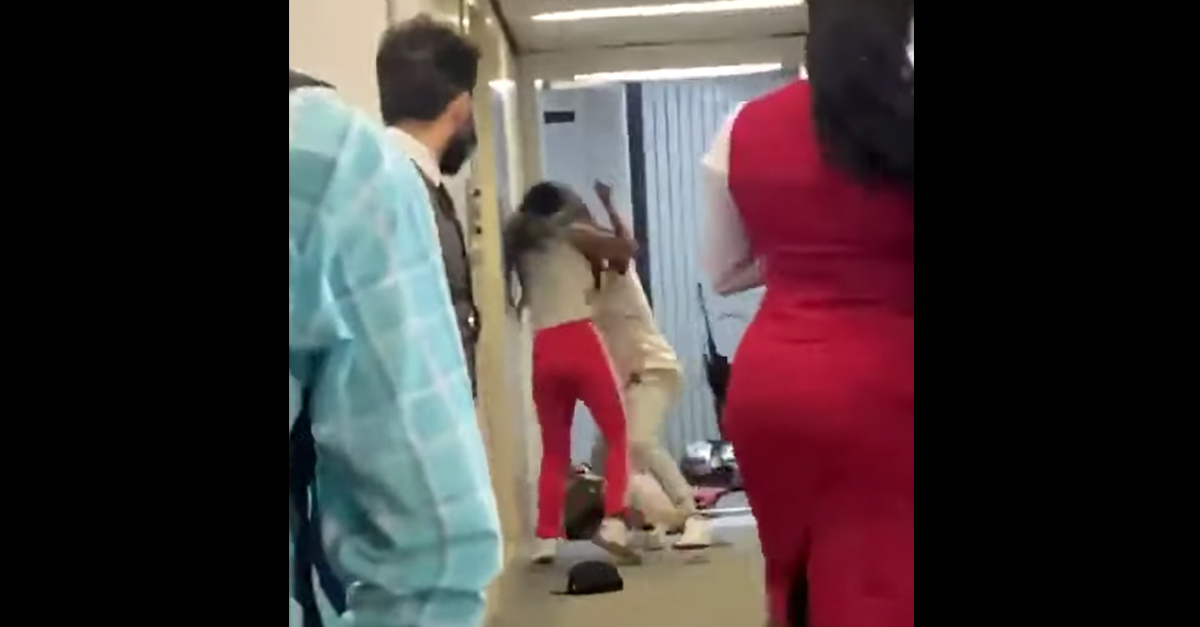 A knockdown, drag-out brawl broke out at LaGuardia Airport in New York and ended up delaying the flight both combatants were set to depart on.

Not only did the fight happen in the airport but it actually happened just outside the plane, on the jet bridge. The plane in question was Delta Flight 1600 bound for Atlanta. The trip was delayed by about thirty minutes thanks to a fight that just couldn’t wait.

This was all, of course, filmed.

According to Destiny Davis, the woman who filmed the fight, the women were either cousins or sisters.

Neither passenger was allowed on the flight and apparently the delay was largely due to Delta having to fish their luggage out before taking off.

1. It’s really unsurprising to find out they’re related. The only way you get in a fight like this at an airport is if it’s with a family member. Someone that drives you so absolutely bananas crazy that you don’t care about where you are or who is watching. The type of person who can give you the worst sort of tunnel vision.

You can see it in the fight. It’s the sort of pure expression of hate you can only muster for someone you love.

2. This is the most LaGuardia shit ever. You would think that jet bridge fistfights would already be baked into the flight schedules at LaGuardia.

“Yeah we actually got into Denver forty minutes early because no one broke a bottle of Miller Light and tried to stab their brother at our gate.”

It’d be really great if Rikers Island could stop rubbing off on LaGuardia.

3. In the combatants’ collective defense, if I were on that flight I’d be annoyed it got delayed but at least thankful that I was confirmed to not be the drunkest person boarding the plane. Flying sober is for suckers.