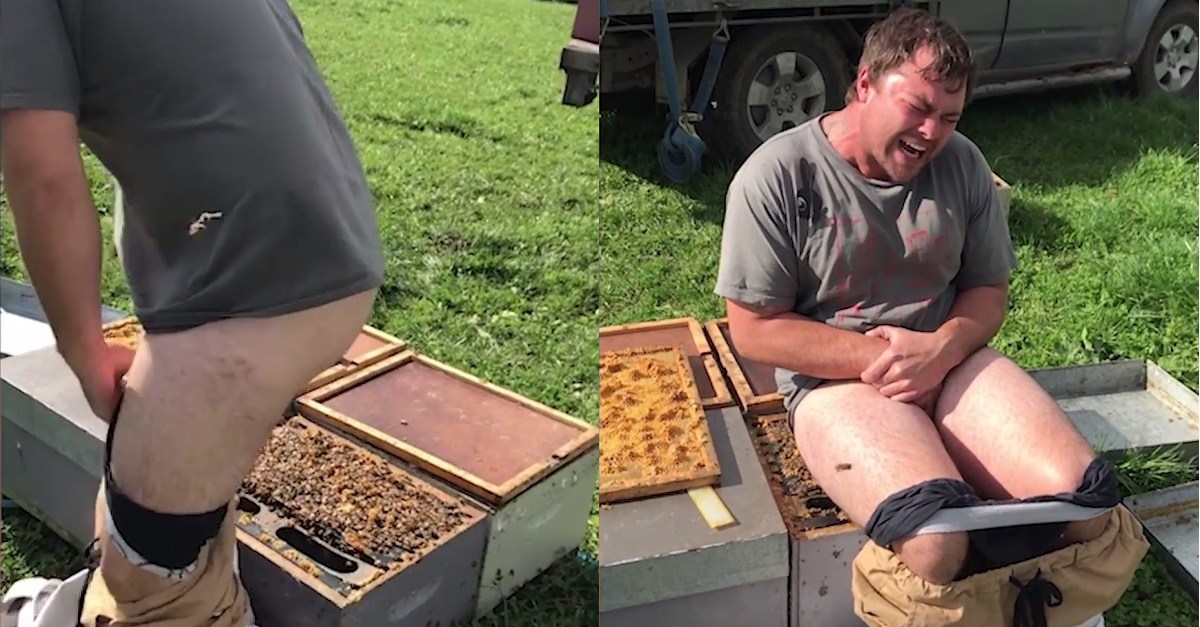 A New Zealand beekeeper, for some reason, chose to risk having thousands of bees fly up inside his butthole and sting his rectum into oblivion in order to get out of paying rent. This was an objectively terrible idea, of course. Is risking a colostomy bag filled future worth getting out of one month’s rent? No. Not really at all. You should definitely not mortally endanger your b-hole for a week’s worth of wages. There’s a reason this guy is a beekeeper and not working on cost-benefit analyses for some Fortune 500 corporation.

Jamie Grainger, a beekeeper in rural New Zealand, imperiled his rectum and, who knows, if there were a determined enough bee maybe his lower small intestine too, all for 1,000 New Zealand dollars (which comes out to about $715 USD). The man risked life and hole in order to get out of one month’s rent which is ironic because the worst case scenario here would have probably had him spending that free month in the hospital anyway. (In case you’re still wondering, no, this man did not think this plan through.

Also exposed to a thousand angry stingers looking to liberate their home from the smell of a sweaty asshole were the man’s testicles and scrotum. And taint. Maybe even a little dick shaft? Basically this guy just played Russian roulette with all his most sensitive areas for one thousand pieces of New Zealand monopoly money.

This begs the question, how else would this man horrifically injure or endanger his well-being for small sums of money? Could you throw firecrackers at his eyeballs for ten bucks a toss? Maybe he could open his mouth wide so that you and your friends could compete to see who could throw the most thumbtacks in his face hole if you gave him a used X-Box? The opportunities are only limited by your access to small amounts of expendable income.

This story was originally published September 3, 2017.