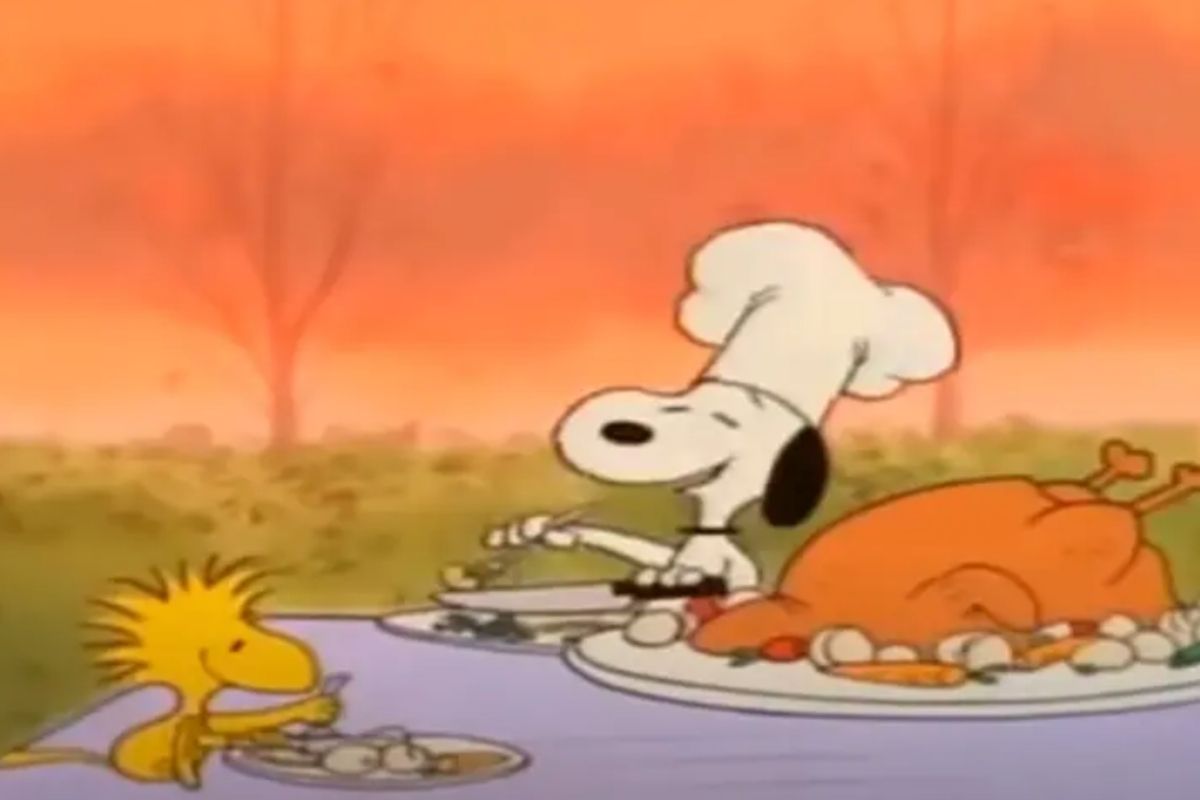 Oh boy, this is why we can’t have nice things during the holiday season. It looks like social media is at it again, and have found an issue with our favorite film, A Charlie Brown Thanksgiving. Several controversies have surfaced about our favorite holiday special. The special was recently purchased by Apple +, to which they decided to make them unavailable on cable. But, creators quickly realized that they had severely messed up, and decided to then make a deal so it could air on PBS. But, as people were watching the special again, some seemed to forget about this so-called ‘cannibal’ scene.

In one scene of the Thanksgiving special, Snoopy begins to cut the turkey and hands out some slices to the Peanuts (Charlie Brown, Sally, Franklin, Lucy, Linus, Peppermint Patty, and Marcie) around the table during their Thanksgiving meal. He then hands a plate to his friend Woodstock, who is an adorable little yellow bird. As Woodstock eats the turkey, it left people on social media wondering ‘did a bird just eat another bird’?

Many viewers decided to go on Twitter to discuss whether or not this makes Woodstock a cannibal, because of course, if you have a problem you always take his social media. One user Tweeted, “Watched A Charlie Brown Thanksgiving on PBS last night, at the closing scene Snoopy and Woodstock ate Turkey and realized Woodstock is eating another bird and OMG Woodstock is a cannibal ……..LOL 😲.” Another wrote, “Am I the only one who finds it creepy that Snoopy served turkey to Woodstock, and Woodstock ate it? #ACharlieBrownThanksgiving”

Is Woodstock a Cannibal?

Watched "A Charlie Brown Thanksgiving" on PBS Last night,
at the closing scene Snoopy and Woodstock ate Turkey and realized Woodstock is eating another bird and OMG Woodstock is a cannibal ……..LOL 😲

Honestly, I don’t see it like this. Let’s face it, this is just a cartoon. But, do you think that this is cannibalism? The creators probably didn’t even realize what was happening; they just wanted to give that traditional Thanksgiving feeling. But you know how people are, they, unfortunately, find something to hate. As long as they leave the adorable Linus and all of the other Peanuts gang alone, they can go back and forth all they want.

But, putting all those jokes aside, if you missed watching the PBS Peanuts special, it will be airing on Apple TV+ for free from November 25th to the 27th. As far as A Charlie Brown Christmas, you can watch the Christmas special from December 11th to the 13th. If you are a lucky subscriber to Apple TV+, you can watch the special at any time.