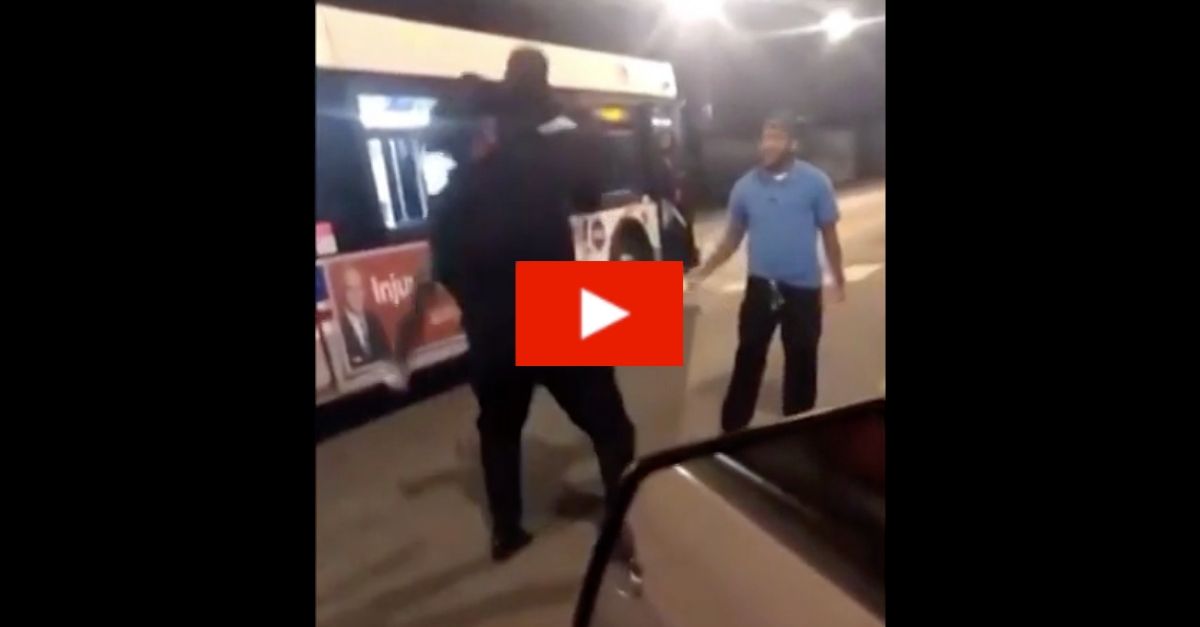 Things got a little heated on the South Side of Chicago, Illinois, but “a little” might be an understatement. A viral video shows an altercation between a former CTA bus driver (Chicago Transit Authority) and the man he picked up wrestling style and slammed into the concrete, resulting in the CTA driver being charged with aggravated battery.

According to CBS Chicago, 46-year-old Milan Williams was one of two CTA employees who were fired from their jobs last month after getting into a fight with 43-year-old passenger, Lawrence Madden Jr. Madden told Chicago police that he took a CTA bus going south on Western Avenue at 2:00am on June 11, when the CTA bus driver stopped to supposedly talk to another bus driver.

Last Night On The Southside Of Chicago 🌃
CTA Driver Flipped His Ass Like A Salad 🤣 pic.twitter.com/dNqryzS479

Madden then explained that he mentioned how the CTA worker was being unprofessional, triggering the man to get off the bus through the front door and head to the rear door. Madden then got off the bus himself, to which the driver then proceeds to beat him up, punching and kicking several times and tripping him. Next thing he knew, as the video shows, the second CTA bus driver, Milan Williams, took his entire body by surprise by lifting Madden from behind and slamming him into the pavement.

Madden told CBS Chicago that he was just trying to defend himself when the surprise body slam happened, explaining, “I’m going through pain right now. I can’t sleep. I’ve got headaches, depression, paranoia, thinking that somebody’s coming after me.”

As a result, CTA officials explained that both CTA employees were fired last week after an internal investigation. Both former CTA employees failed to report the incident, and a CTA spokesperson told CBS Chicago in an email, “CTA’s number one priority is the safety and security of its riders and employees. The behavior of these former employees was unacceptable and is not at all reflective of the thousands of men and women who take pride and responsibility in their CTA duties.”

Madden’s attorney, Arielle Williams, said, “There are many things that you have not seen, and we’re going to get that out,” explaining that a lawsuit is in the works and a subpoena for video from the CTA has been given. She’s confident that the video will prove “Madden did nothing to provoke the attack.”

According to court records, Milan Williams was charged with a count of aggravated battery in a public place, and was released on a recognizance bond. He’s to appear back in court later this year in September.