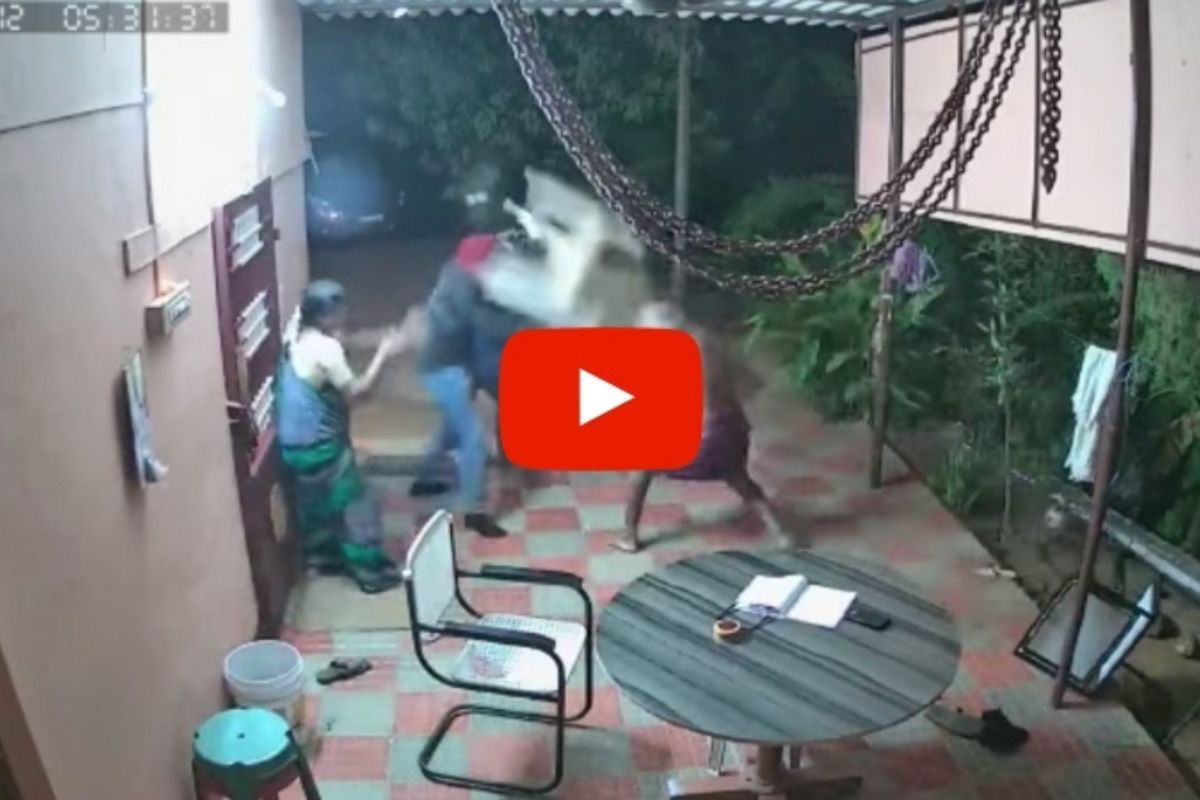 An elderly couple in India definitely did not expect to be robbed, let alone take part in an epic machete-wielding fight! Can you believe this? Oh you know, just a typical Sunday night in Southern India fighting off armed robbers who had two enormous machetes. Talk about luck and coordination.

The whole “ordinary household objects epic battle” began when a masked burglar crept up on 75-year-old Shanmugavel, as he was sitting out in front of his house. The masked man quickly pops up and tries to strangle him with a cloth, causing a huge commotion.

Out of nowhere, like Shrek coming out of his swamp and kicking the door down after taking a dump, the door swings open and out pops the elderly man’s wife, 65-year-old Senthamarai. His wife quickly grabs her flip-flops and begins to throw them at the man, and quickly locks the door so they won’t get inside their home. As she literally tries to fling everything she can at the men assaulting her hubby, (chairs, water tubs, trash, everything) it allows him to escape the robber’s grip and join his wife for an epic battle.

Literary in shock at the force of the couple, the burglars begin to wave their machetes in the air, very poorly if I must add, before Shanmugavel breaks a plastic chair over one of the robber’s head. Which then ultimately convinces the burglars to leave because not even freaking machetes can scare this couple off! Talk about relationship goals, am I right?

Luckily, neither of them were seriously hurt, but Senthaamarai did lose a gold chain and had a minor injury on her arm. Still, a cut is better than a whole freaking arm cut off. Can you imagine someone swinging a machete at you? Yikes, that’s just terrifying. These two just nonchalantly decided to fight them at no cost. Talk about true love. The whole “either both of us or none of us” seriously works for them.

Editors Note: This article was originally published on June 21, 2020.