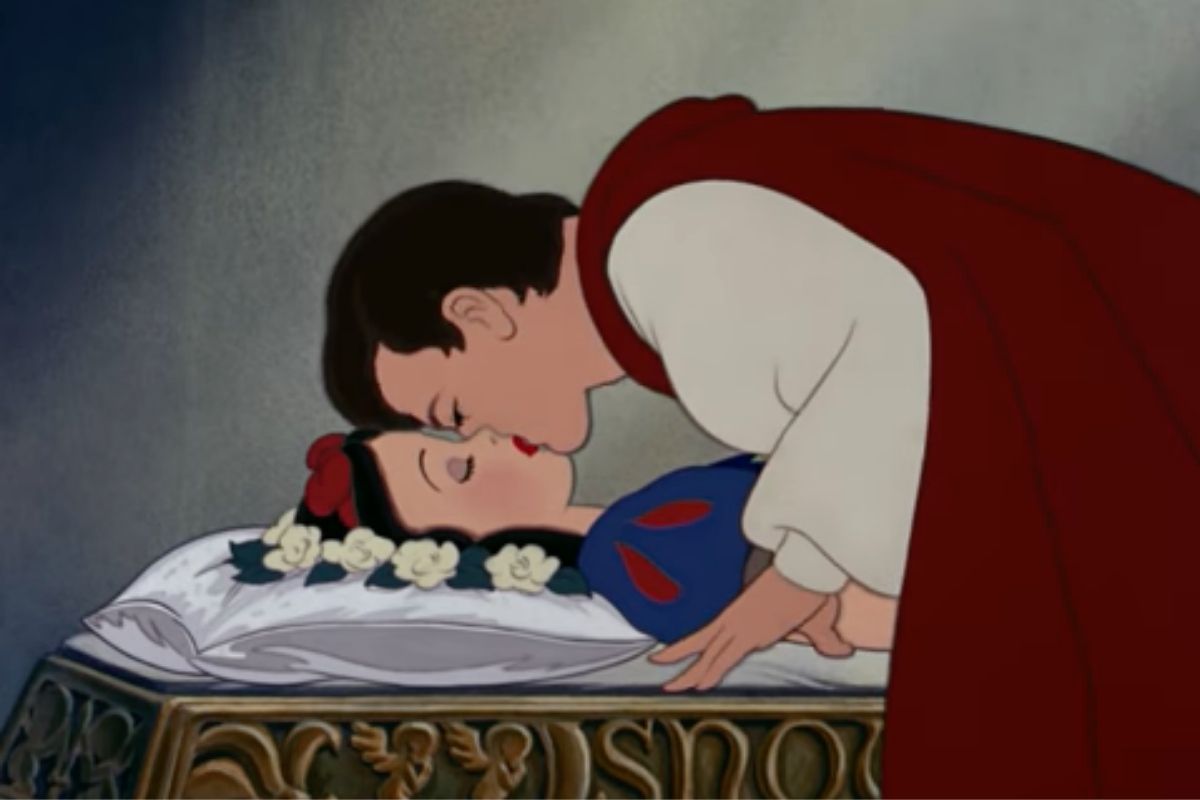 Who knew that the “Happiest Place on Earth” could actually be quite the potential nightmare? Well, according to the San Francisco Gate, Disneyland Park can’t possibly be that happy of a place if their new attraction, Snow White’s Enchanted Wish, has a finale involving a true love’s kiss that is given “without consent.”

Disneyland updated its Snow White attraction in emphasizing its “rich history.” The ride modernizes the classic Snow White and the Seven Dwarfs with “new music, LED backlighting, laser projections, an animation system, and new scenes, including Snow White dancing and the evil Queen’s collection of spell books and bubbling potions,” according to Fox Business. “We wanted to take into account the beautiful scenic work that has always existed and retell the story in a special way. We believe guests will enjoy this sweet storyline in a stunning,” said the creative executive for Disneyland Resort and Walt Disney Imagineering, Kim Irvine, in a statement.

Patrons will board a wooden mine cart, accompanying Snow White on her journey escaping the Evil Queen. “Begin your fairytale journey in the cozy cottage of the Seven Dwarfs, then visit dazzling mines filled with glowing gems. Soon you’ll be riding into the Queen’s sorcery chamber and discovering a magic mirror just as Snow White bites into a poisoned apple! When all looks lost, will Snow White find her own happily ever after?” reads the description of the Snow White ride on the theme park’s website.

So What’s The Big Issue?

Well, the grand finale is the part people are having a problem with, especially with the rising awareness around proper education regarding sexual consent. The ride’s “happy ending” involves the true love’s kiss by Prince Charming that would save Snow White’s life, but upon all the recent scrutiny of all Disney’s old fashioned ideas in their 20th-century classics, San Francisco Gate swiftly pointed out how glorifying kissing the princess without her knowledge or ability to give consent is more harmful than it looks.

They wrote, “The new grand finale of the new Snow White’s Enchanted Wish is the moment when the Prince finds Snow White asleep under the Evil Queen’s spell and gives her “true love’s kiss” to release her from the enchantment. A kiss he gives to her without her consent, while she’s asleep, which cannot possibly be true love if only one person knows it’s happening.”

Calls for re-evaluating many of Disney’s old classics in order to remove harmful and obsolete belief systems have been more recurrent over the past year, and criticisms of the new ride aren’t all too surprising. San Francisco Gate roped in other issues with the park in relation to Disneyland’s Snow White ride, condemning them for their other attractions for their mindless concepts in this day and age. They said,

“Haven’t we already agreed that consent in early Disney movies is a major issue? That teaching kids that kissing, when it hasn’t been established if both parties are willing to engage, is not OK? It’s hard to understand why the Disneyland of 2021 would choose to add a scene with such old-fashioned ideas of what a man is allowed to do to a woman, especially given the company’s current emphasis on removing problematic scenes from rides like Jungle Cruise and Splash Mountain. Why not re-imagine an ending in keeping with the spirit of the movie and Snow White’s place in the Disney canon, but that avoids this problem?”

The Jungle Cruise received criticisms for its “negative depictions” of indigenous people in its scenes and Splash Mountain received backlash for its ties to the 1946 film Song of the South. And although a Disneyland spokesperson has yet to respond to Fox Business about San Francisco Gate’s assessment, the company is planning to redesign the Jungle Cruise, as well as re-theme Splash Mountain after the 2009 film the Princess and the Frog, which features a Black female lead.

Disney’s The Song of the South

Watch: Disney Parks Have Banned Smoking, Big Strollers, and Ice in All Their Parks