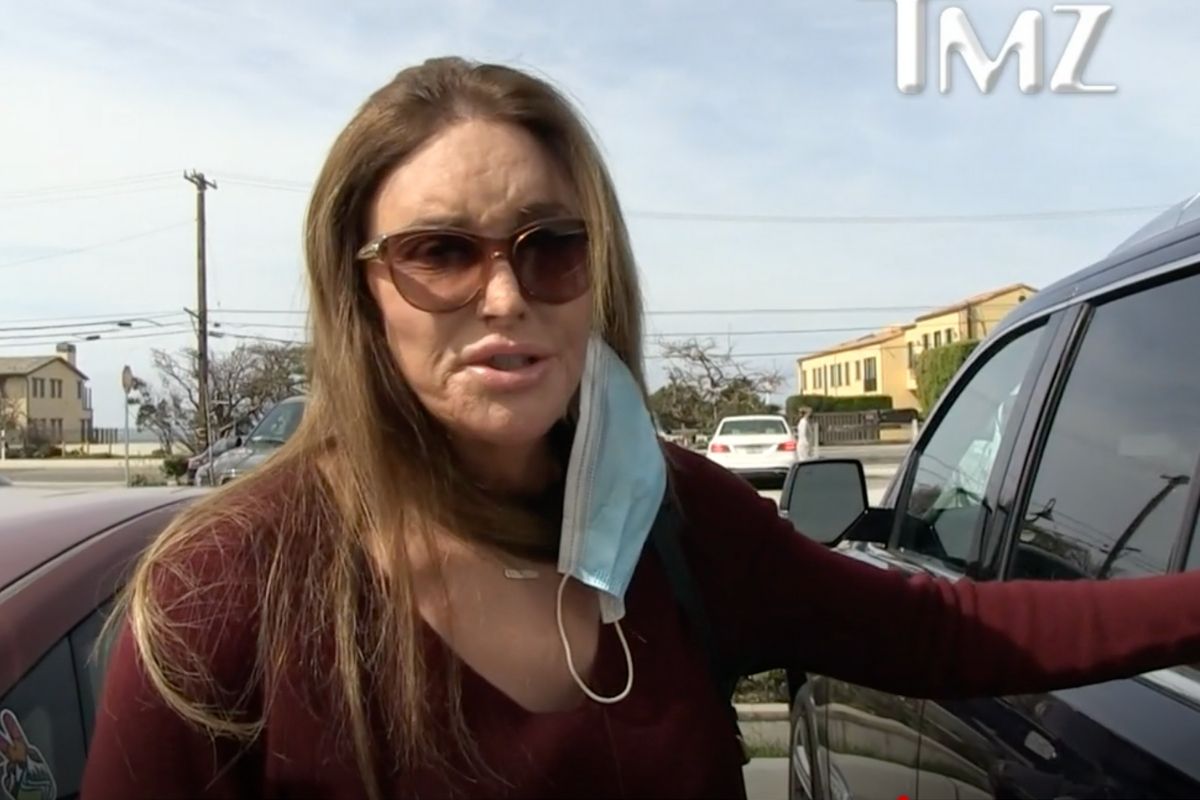 Jenner spoke on the subject for the first time last week, stating to TMZ Sports that transgender girls who are “biological boys” should not get to compete in women’s sports as it’s “a question of fairness.” Now Jenner has doubled down on those comments in an email to campaign donors.

I didn’t expect to get asked this on my Saturday morning coffee run, but I’m clear about where I stand. It’s an issue of fairness and we need to protect girls’ sports in our schools.https://t.co/YODLDQ3csP

After that off-the-cuff interview with TMZ, Jenner shared the footage on her own Twitter account, writing, “I didn?t expect to get asked this on my Saturday morning coffee run, but I?m clear about where I stand. It?s an issue of fairness and we need to protect girls? sports in our schools.” This commentary on transgender athletes marks her first official, public stance on any issue since joining the contentious race for governor of California.

And Jenner meant what she said. In a campaign email to donors, obtained by TODAY, Jenner wrote:

“I was one of the greatest athletes in the world, but had I competed in the female decathlon in the 1976 Summer Olympics, I would have blown my opponents out of the water. Bottom line: it would NOT have been fair to the other female athletes from all around the world to compete against me.”

Though Jenner offers a seemingly black-and-white assessment of the issue, the question of trans athletes on sports teams — specifically transgender youth — is continuously complex. And Jenner’s position has sparked criticism condemning the candidate as anti-trans. Especially in the transgender community.

Caitlyn Jenner and the LGBTQ Community

Since Jenner announced her candidacy, many members of the trans community have been vocal on social media about their distaste for the conservative reality star. Though Jenner is herself a transgender woman, that gender identity means nothing to voters who can see Jenner does not stand for them.

Speaking to People Magazine last year, the Republican Jenner branded herself as “economically conservative, socially progressive.” This came as a surprise, considering that in 2016 Jenner supported Donald Trump vocally. She calling Hillary Clinton a ?f***king liar,? and accepted the future president’s invitation to use the women?s room at Trump Tower. (In 2018, she withdrew her support.) During the same election cycle, Jenner also offered to be Ted Cruz?s ?trans ambassador,? despite the senator saying that allowing transgender people into the bathroom of their choice ?opens the door for predators.?

Being a public figure, Jenner’s political history — and murky positioning — is no secret. So with as her parking lot commentary remains trending, so have countless memes and call-outs on Twitter. Many refer to Jenner’s involvement in a fatal car crash in 2015; Jenner settled for $800,000 in a lawsuit over the death of Kim Howe. Others, to the fact that Jenner herself competed in a women’s golf tournament in 2016. See for yourself below.

I’m a bit unclear on your stance. pic.twitter.com/Slsfv6BTs4

caitlyn jenner speaking on trans athletes in 2015 vs today … truly a glow down of opinions pic.twitter.com/tohSTOz0jH

The hypocrisy, it burns. https://t.co/NBPhC2GHES

You know what is worse than the hypocracy of #CaitlynJenner being anti-gay marriage?

The fact that she killed a person

The fact that she killed person is way worse

Lmao Caitlyn Jenner stay the fuck out of politics and driving.

WATCH: Arnold Schwarzenegger On Caitlyn Jenner?s Run for Governor: ?Anyone Has A Chance?