Last month, a Bloomberg analysis found that Donald Trump’s net worth has declined by $700 million since becoming president in 2016. And now the debt collectors are calling. In 2019, the city of Albuquerque billed Trump’s campaign for costs of his rally held in New Mexico. Now 18 months later, Albuquerque is still waiting… so they’ve hired a debt collection agency that is trying to get a hold of the former president at Mar-a-Lago.

You might have thought the Coronavirus pandemic would have curtailed costly campaign rallies for political candidates. And while most of those running, like Joe Biden, presumably saved some money, Donald Trump managed to rack up a substantial bill — even before campaign season began. Despite having no serious Republican primary challengers, Trump threw lavish rallies for himself throughout his one term in the White House. Now one such event in Albuquerque, New Mexico is under new scrutiny.

The Albuquerque Journal recently reported that former president Donald Trump owes Albuquerque $211,175.94 after holding a campaign rally in the nearby city of Rio Rancho in September 2019. Doing so forced the Albuquerque City Hall and parts of Downtown to shut down in order to accommodate secret service, barricades, extra police officers, and other security measures. Since Trump is still avoiding this unpaid bill, the city has hired a debt collection service (as standard procedure) which has moved no from trying to contact Trump at his New York City residence to his famed Florida address at Mar-a-Lago.

That figure, $211,175.94, does not seem to include the additional costs of Bernalillo County as a whole. The county itself also invoiced Trump in 2019 for for $139,183.52 but is not pursuing the matter; a spokesperson has said it was written off as “bad debt.” As for Rio Rancho, where the rally was actually held, a spokesperson said they were aware they would not be reimbursed, according to The Hill.

And Albuquerque is not the only American city looking for their payout from Trump. After a February 2019 campaign rally in El Paso, Texas, Trump left $470,000 in security expenses unpaid, plus an extra $99,000 in late fees. As of November 2020, the city had decided not to sue despite a budget crisis severely affecting city employees. According to UNILAD, 15 cities across the country have been similarly affected including Tucson, Arizona.

Roasted on ‘The Daily Show’

On The Daily Show last week, correspondent Jordan Klepper interviewed Democratic Albuquerque mayor Tim Keller about the costs incurred by his city after allowing Trump to hold his 2019 campaign rally. Keller explains that Mar-a-Lago is probably getting inundated by annoying phone calls. But as Klepper points out, Trump owes $350 million to the lender Deutsche Bank… so it’s frankly unlikely he will be getting back to Albuquerque any time soon. And if that’s the case, then can he really afford to run again? 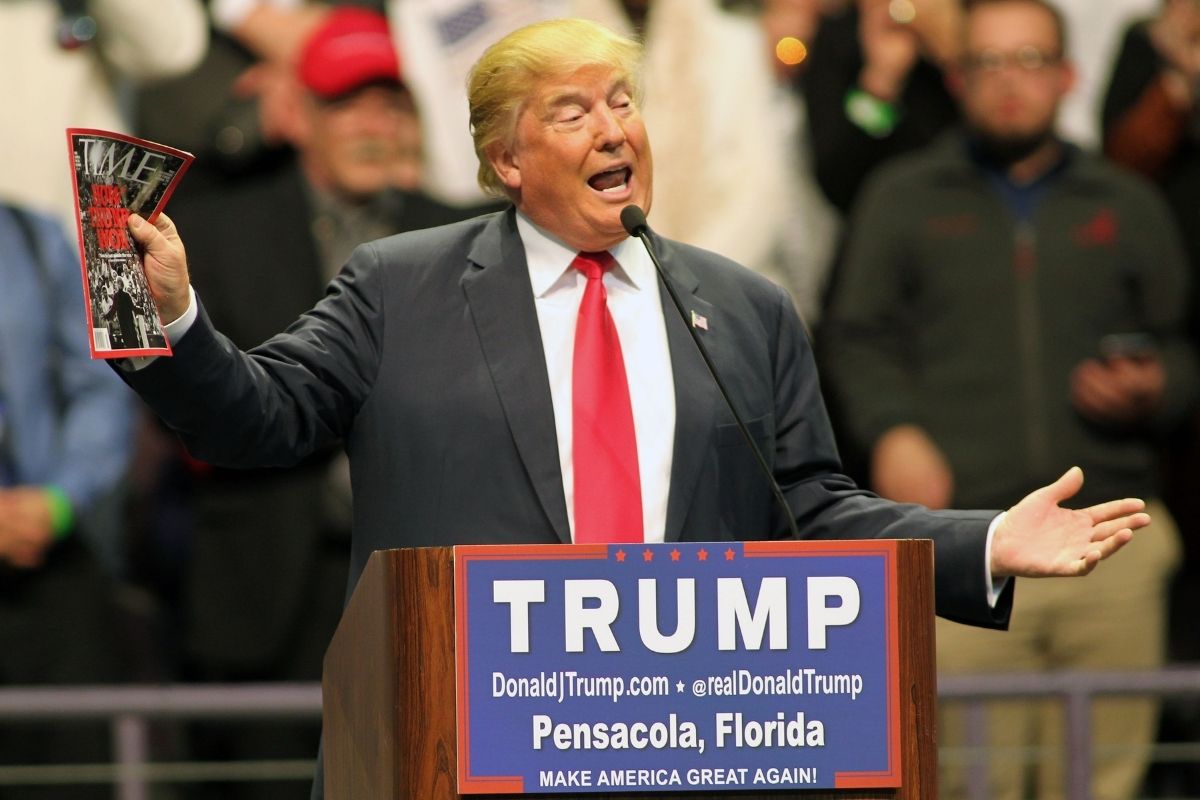