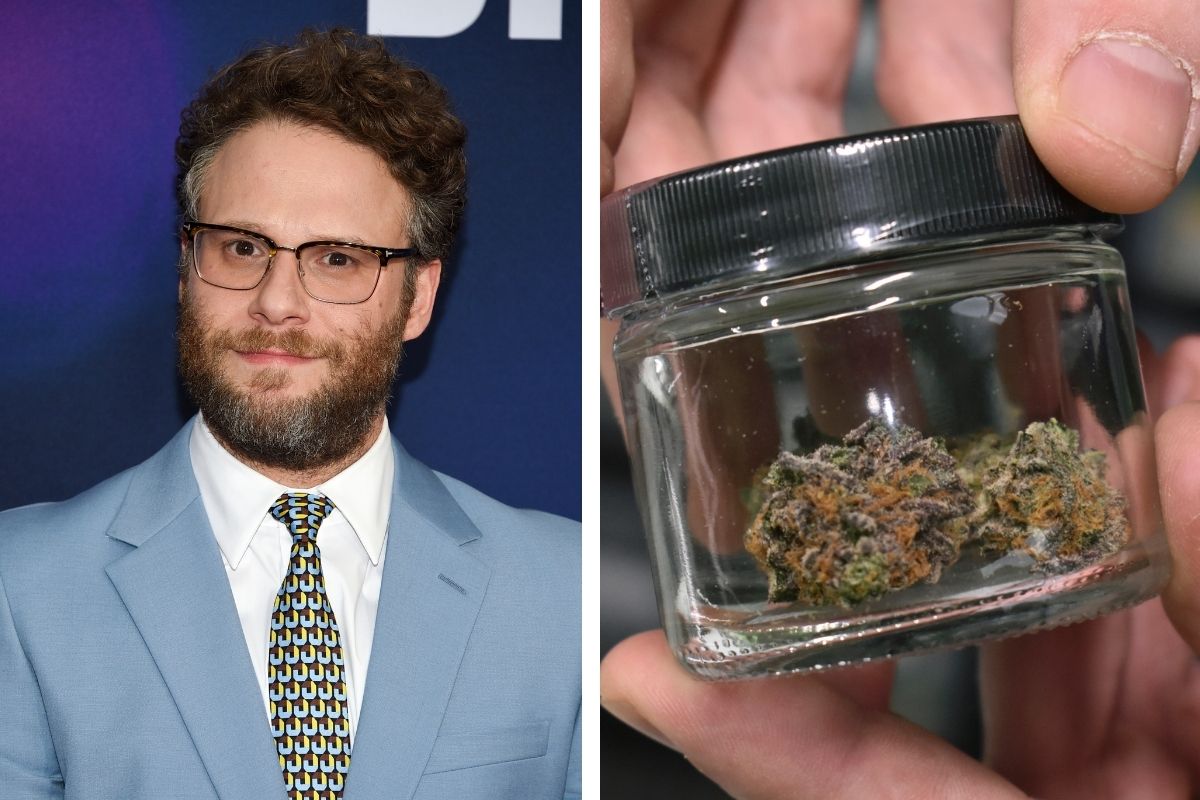 It’s no secret that actor and comedian Seth Rogen is behind legalizing cannabis use, as the Pineapple Express star is quite the stoner himself. He even started his own cannabis company called Houseplant, along with co-founder Evan Goldberg, and the 39-year-old is still advocating for reversing all marijuana arrests and clearing marijuana-related criminal records. And according to Unilad, he even went on to say that keeping pot illegal is actually, “just a way to put Black people in jail.”

Seth Rogen on Smoking Pot & Making Pottery During the Pandemic

Rogen not only started his own cannabis brand and weed company, but he’s also a known member of the National Organization for the Reform of Marijuana Law, a non-profit organization that is working towards the legalization of weed all over America, both medically and recreationally. In an interview with the New York Times, Rogen emphasized how keeping the cannabis business illegal is actually racists, saying, “It’s insane to arrest people for something that never should have been illegal in the first place. It’s just a way to put Black people in jail. It’s just a tool we use to make our experience more palatable, and some people need those tools a lot more than others. For me it’s like shoes. For you it might be like sunglasses. Not everyone’s the same. If someone doesn’t need to smoke weed? Great. It’s the same as someone telling me they don’t wear glasses. ‘Mazel tov! You don’t wear glasses. I do!’”

And to back up his claims, according to ACLU, Black people are 3.6 times more likely to be arrested for smoking weed than White people, even though there are similar rates of use. And even though the rates can differentiate based on which area, all American states are still found to have disproportionate arrests for Black cannabis users.

Last year, the Superbad star helped sponsor a panel discussion at “Reimagining Justice: Race, Cannabis, and Policing,” an event organized by the Marijuana Policy Project. The discussion discussed the war on drugs and how it has been disproportionately targeted at Black people, even though the legal cannabis market has continued to expand with White business owners profiting heavily off new dispensaries.

​Rogen and Goldberg were working with National Expungement Week to raise more awareness to this issue, educating those with criminal records how they can work to get their records expunged. Rogen said, “Expungement is incredibly important to us because it is a step in correcting some of the wrongs and giving back some of the rights that these people, who have been negatively affected by the war on drugs, had taken away from them for no reason.”

Throughout his career in Hollywood, Rogen is often seen smoking his own weed in his own movies as part of the hilarity of his acting content. He and James Franco have teamed up in Pineapple Express and This is the End to create comedy movies that reveal that they aren’t diving into the art of marijuana for the first time, and Rogen has used social media to help promote the cause.

How Seth Rogen Designs an Ashtray

Watch: A Rare Pink Moon Will Lights Up The Sky on April 26!