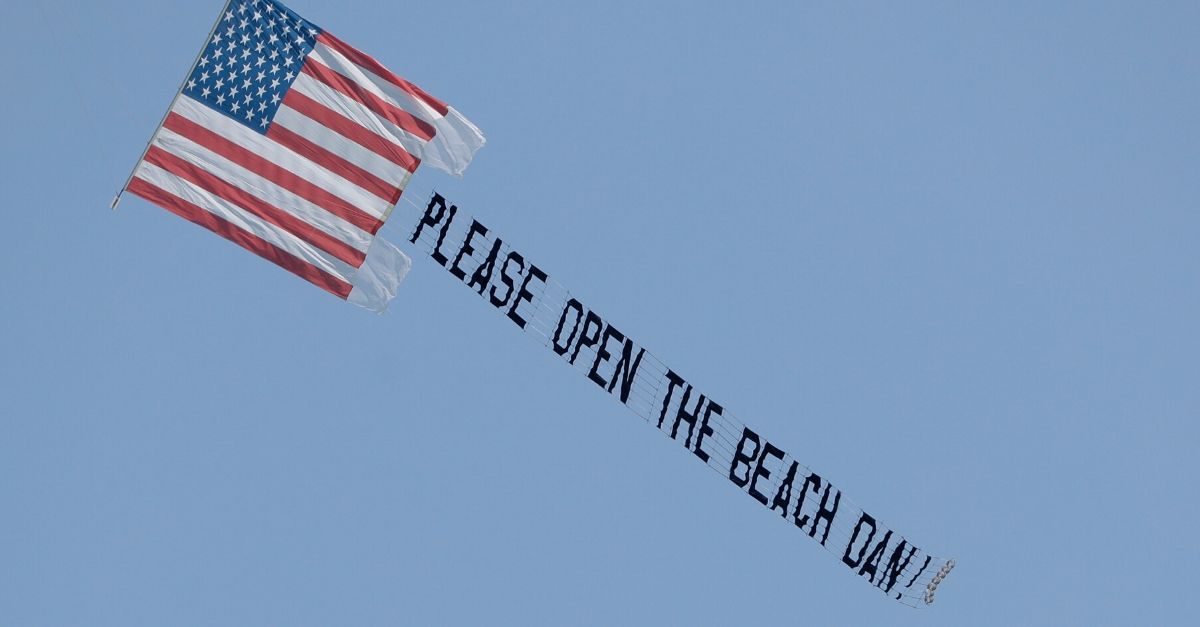 Florida, Florida, Florida. This is exactly why people do not respect you. As some breaches in Florida reopened Friday evening for the first time in nearly one month due to COVID-19, not everyone seemed to heed the government’s warning about social distancing. Basically, as soon as the beach opened at 5 p.m. there were several crowds of cheering people who quickly descended upon Jacksonville Beach.

Several people were seen sunbathing, which is an activity that Jacksonville mayor Lenny Curry said he would prohibit. But no, these people don’t seem to listen and are exposing everyone even more. Several photos were taken showing people running on the very crowded beach, as others played volleyball with friends and family and surfed within the first hour to the beach open to the public.

"This move is so dumb that I had to make sure it wasn't fake news," one city commissioner said. https://t.co/gYjFLpIsM8

In an effort to enforce the proper guidelines that should be taken, Florida police were also spotted issuing warnings to people and posted signs telling people to ?Do your part. Stay 6 feet apart. Help keep the Beach open.? Which is the opposite of what all these people are doing, which is terrifying for most of us.

Especially since under current government mandates that all social gatherings must be limited to 50 people or less. So as expected, social media being the way it is, started to bash on Florida and the government for making the decision to reopen the beach. Several Twitter users also expressed concern about the behavior which could affect Florida as a whole.

This guy showed up on a Florida beach today… somebody buy this guy a drink #COVIDIOTS pic.twitter.com/xCHm7QTXvo

Several users also shared their disappointment at Florida Governor Ron DeSantis after he was seen in a video putting his mask on incorrectly during the live television broadcast. So, they decided to fuel the fire. In Florida, reports of coronavirus increased over 1,400 just this weekend, which is the largest amount in the reported cases to date. According to Tthe Florida Department of Health as of April 18th, 2020, there have been at least 24,745 confirmed cases of a coronavirus in the state itself, with a death toll of 726.

But no, that number did not scare Jacksonville mayor Lenny Curry either, who announced that Duval County beaches and parks would reopen so long as people followed social distancing guidelines and participated in the ?only essential activities? including biking, running, walking, and swimming.

THE BEACHES HAVE SINCE BEEN CLOSED, BUT WAS IT TOO LATE?
Clearwater Beach, Florida is PACKED today despite "social distancing" recommendations.

We Americans sure can be a dumb lot…pic.twitter.com/yvn6osBcOp
via RexChapman02#MondayMotivation

Luckily for us and for the safety of others, he did note that should those guidelines not be followed, the beaches could potentially be closed again. Basically, it will stay open if beachgoers do their part and follow the rules by complying with the times, social distancing, and guidelines required. The beaches are said to be open daily from 6 a.m. to 11 a.m. local time and then again from 5 p.m. to 8 p.m.

Although most of us can agree this is probably a bad idea, and will probably make self-isolation last longer, Florida thinks it’s okay to put everyone at risk. Honestly, I think this is a terrible idea. You’re basically exposing your whole state even more because people are bored inside and want some fresh air. I can’t wait for this to go south.