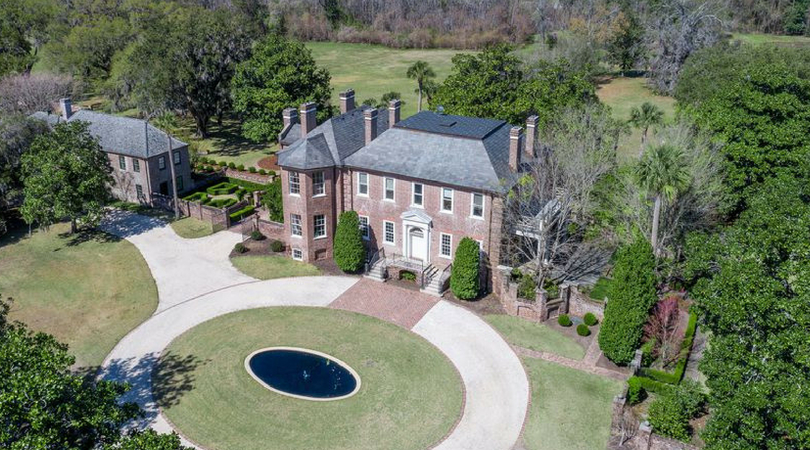 Growing up, everyone wanted to be a successful billionaire and own a mansion. We would go around, playing the M*A*S*H game, hoping the number would land on that ?M? because we actually thought that this is how life works. The number you chose will land on a letter, and BOOM, that’s it, you are the owner of a perfect, already furnished mansion. Unfortunately, I am here to be your reality check and tell you that the chances of you getting a house due to a paper game are quite slim. But, there are other alternative homes for sale to getting a mansion, and whoever owns the Fenwick Hall Plantation got pretty lucky!

The Charleston historic real estate in South Carolina is not a brand new home, but the ideal dream fixer upper! Someone call Magnolia’s Chip and Joanna, ASAP! The Fenwick Hall Plantation house is the perfect low-country home, with tons of acreage, rich history, antique furniture, and intricate designs throughout. The residence is just a few miles away from downtown Charleston. The cost, you ask? Oh you know, only $8.875 million dollars, nothing too out of the ordinary. (Totally just kidding!)

Outside the John’s Island residence in Charleston County, lush gardens and a driveway line up with ancient Grand Oak trees and more than 50 acres of land. The property was sold by Patricia Byrne of Handsome Properties, Inc., featuring four main structures: a modern kitchen house with fine antiques, the main manor house, a renovated guest cottage, and a converted carriage house.

The floor plan measures 7,818 square-feet including 16 bedrooms, 14 full bathrooms, 13 fireplaces, and plenty of original material and features dating back to 1730. In all honesty though, who really needs 13 fireplaces? That?s a little bit to excessive for my taste. Tear those down and build me a bookcase! That?s where the party is at, Belle knows what I’m talking about.

The old house was originally commissioned and built for John Fenwick and his future wife at that time, later used by the British during the Revolutionary War. After that, the residence was a field hospital used by the Union in the Civil War. It?s no surprise it is now on the National Register of Historic Places. I wonder if there are any ghosts around the area? Surely there have to be some spirits floating around there.

The manor house does need a little update to make it livable for a family, but the rest of the buildings on the property have been well-kept. What does that budget look like? Well, according to Southern Living, it’s probably looking at $1.5 million in renovation budget. The ultimate fixer-upper, if you ask me.

Editor’s note: This article was originally published on August 3, 2018.