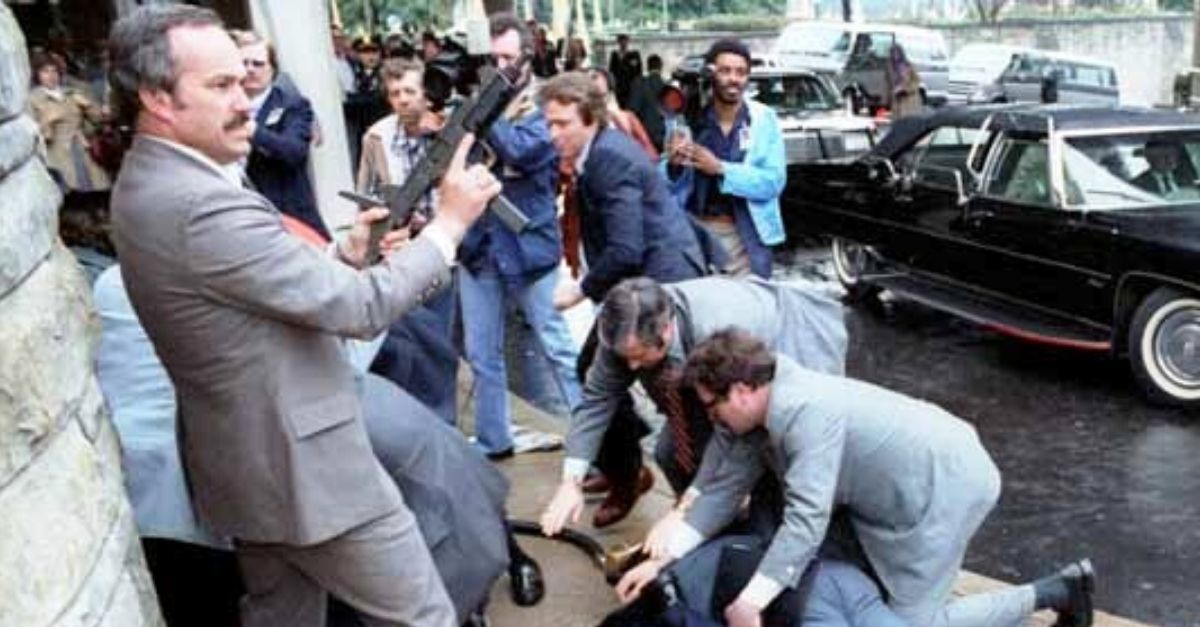 In 1981 an assassination attempt was made on President Ronald Reagan. Just two months after being elected President, the incident occurred after an appearance at an engagement at the Washington Hilton Hotel in Washington, D.C. There were a total of six shots fired.

#onthisdayinhistory John Hinckley Jr. was found not guilty in the assassination attempt of Ronald Reagan on June 21, 1982. He was not charged with any crime because he pleaded that he was insane. He was then sent to get treatment at a mental hospital. #ronaldreagan #johnhinckleyjr #insanity #notguilty

The gunman, John Hinckley Jr., was armed with a .22 caliber revolver. He nearly hit everyone in the President?s party except for the President. The first shot hit and partially paralyzed White House Press Secretary James Brady. Secret Service Agent Timothy McCarthy and Thomas Delahanty, a District of Columbia police officer were also wounded during the shooting. President Reagan was pushed into the limo by a Secret Service agent. During this action, a ricocheting bullet bounced off the limousine and wedged itself into the President?s lung. It took a moment before realizing the President had been shot. But, when they did, they arrived at the hospital in under five minutes.

Reagan was taken to George Washington University Hospital. Before going into surgery, he is famously quoted telling his wife, Nancy Reagan, “Honey, I forgot to duck” and that he hoped the doctors servicing him were Republicans. The good doctors at George Washington University Hospital were able to dislodge the bullet from the President, and he was back to work (from afar) for a few days. Just shy of two weeks later, President Reagan returned to the White House.

He was a fanatic. But not of President Reagan. He was a fan of actress Jodie Foster. John Hinckley Jr. admitted to trying to get her attention with his grand act. This was after he?d written love letters and stalked her with, naturally, no response from the star. But after watching Mark David Chapman reach infamy after shooting The Beatles founding member, John Lennon, a few years prior, many unhinged individuals attempted this route. Many conspiracy believers have found that, like many others trying to assassinate famous individuals, John Hinckley Jr. had the J.D. Salinger’s Catcher In The Rye in his home. This begs the question to many if he was a Manchurian Candidate, and if the hit on the President was more intentional than the Americans were led to believe.

In the trial for the assassination attempt on the President, Hinckley was found not guilty on the grounds of insanity. If you do not buy into the conspiracy theories, this ruling should definitely make sense to you. In June 1982, he was committed to a psychiatric facility. Still, he was released in 2008 to live with his elderly mother after medical professionals determined he was no longer a threat to himself or others.