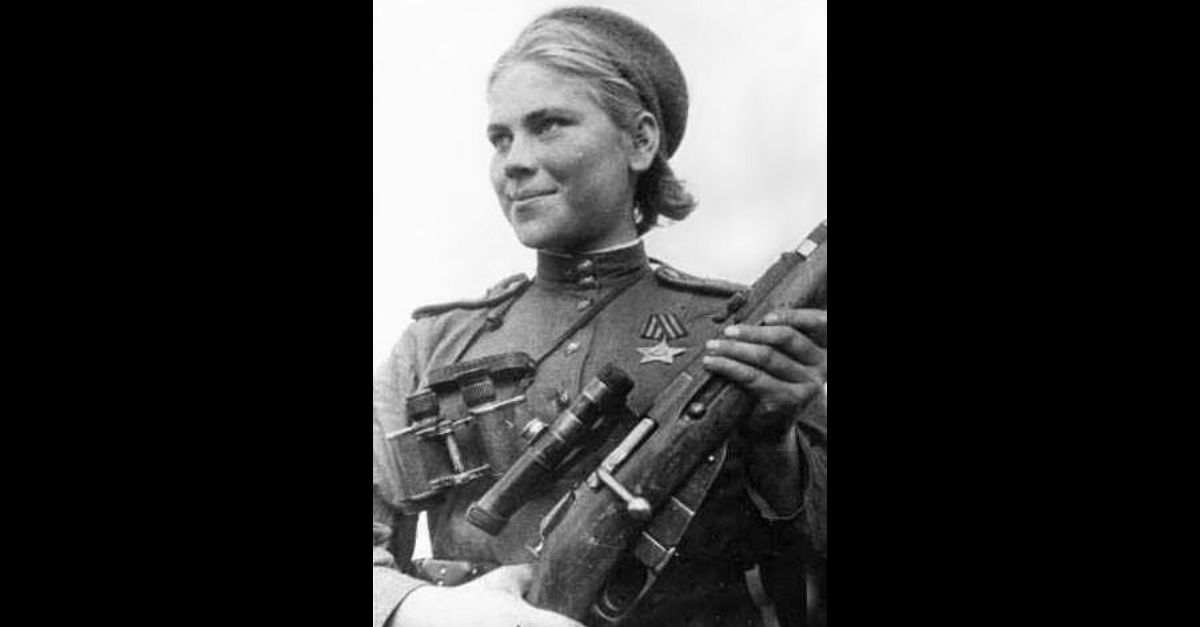 Roza Shanina ran away from home at the age of fourteen because she sought adventure. All she’d asked for was to go away to study literature at school. Her parents, devout communists, refused. So, she ran away and joined the military and that’s where her life, story, and lifelong adventures began as a Soviet sniper.

Roza Georgiyevna Shanina was raised in Bereznik. Her life consisted of school and helping her family tend to animals in the village. But she wanted more. She left home and walked 200 kilometers to the Kenosha village an took a train to Arkhangelsk, the Soviet Union’s western port. There she found work in a nursery and studied literature, as she’d dreamed. She joined the Communist Youth League known as the Komsomol. Life was pleasant until the war started. The Germans bombed Arkhangelsk. Roza volunteered to be a lookout for air raids. Then came the news, to make matters worse, that Roza’s brother, Mikhail died defending Leningrad from the Nazis.

Maybe it was the death of her brother, maybe she wanted more adventure than her life at the nursery, maybe she wanted to see things for her self or seek revenge. Either way, she requested to serve with military officers. This was a time, however, when women were not allowed in combat. But, given the recent attacks, they needed people and reconsidered. Roza enlisted in the Central Female Sniper Academy. After turning down an offer to teach as opposed to fighting on the front line, she was assigned to the Eastern front. Roza was only 20-years-old when she graduated from the academy and was a commander in the 184th Rifle Division female sniper platoon.

Roza made her first kill in Belarus, in April 1944, just three days after her arrival. She cataloged her entire life in diary entries she kept throughout the war. In her diary she also wrote letters to correspond to Pyotr Molchanov, she begged him to let her fight on the front lines, getting bored an lonely and unfulfilled in the rear since the soviet policy regarding women snipers on the front lines was required only as a last resort.

“Please take this to the administration and assist me. If you knew how passionately I want to be with the fighters at the front and kill Nazis… And here I am, imagine, instead of at the front lines — at the rear! How can I explain? Some force draws me there; I get bored here. Some people think that I’m chasing a boyfriend, but I do not know anyone there. I want to see a real war. “

Her chance came a little closer during the Battle of Vilnius, in Lithuania.  She was at the front and unafraid. The next day, she captured three Nazis alone and marched them back to camp. During her platoon’s advancement towards Kaliningrad, she and her friends Sasha and Kaleriya “Kayla” Petrova, all graduated together from the Central Female Sniper Academy began to see the harsh realities of war. In December, Roza was injured by an enemy sniper and spent time in the hospital. Afterward, she was assigned to the East Prussian Offensive where she saw carnage, loss platoon members, and experienced first hand the Red army’s infamous Katyusha rocket launchers.

In her time as a Soviet sniper, Roza Shanina killed over 59 Nazis. She was known as the “Unseen terror of East Prussia” for her skill. She was a very good shot with a hunger for adventure that pulled her to the front lines of battle. Roza died trying to protect a wounded officer A shell tore apart her chest, she was carried to a nearby nurse muttering that she wished she could have done more for her motherland. She had not yet reached 21, yet she lived a life she could be proud of and will be remembered for. She was buried with full military honors in East Germany and was the first female Soviet sniper to be awarded the Order of Glory.

Watch: 6 Facts About the Vietnam War