Ed and Lorraine Warren have a reputation when it comes to being paranormal investigators. Some hail them as the bravest with the most exciting stories to retell, one being the Amityville Horror haunting. Others believe them to be falsifiers making up events for profit. Within the last decade, multiple movies have were created centered around their finding and investigations.

One of the most widely known is the 2013 release, The Conjuring, and the subsequent films in The Conjuring universe. These included The Conjuring 2, The Conjuring 3, Annabelle Comes home, and Annabelle: Creation. The box office hit focuses on a Rhode Island couple and their five daughters being tortured in their haunted house not long after they’ve moved in. The Perron family’s life is the true story of The Conjuring.

In 1971, The Perrons, a family of seven, moved into a farmhouse in Harrisville, Rhode Island. The 14-room house had been in the same family for about eight generations before the Perron family moving in. It wasn’t long before Carolyn, Roger Perron, and their girls were experiencing paranormal situations. Like many things, the instances started small. Carolyn Perron would find herself asking small questions such as, ‘didn’t I leave the broom in this room? ?What’s that noise coming from the other room? I just swept this floor, where did this dirt pile come from? The types of things that could happen to any of us. But, as the horror film showed, the situation quickly escalated into children being flung from their beds, demonic possession, and calling paranormal investigators Ed and Lorraine Warren for their expertise.

The family tried to stay out of the way of the ghosts, but that wasn’t entirely possible.

What Caused the Possessions?

As it turns out, the house wasn’t exactly a hub of “clean” or “positive” energy. Remember that family that owned the Perron house prior to the Perrons? It turns out they had experienced some things, too. Multiple members of the family died of “mysterious” deaths in and near the house. Multiple children died in the creek nearby, some hung themselves in the attic, and one was murdered. But, perhaps the worst part of the house, in regards to the Perrons, was the spirit, Bathsheba.

Bathsheba Sherman was a member of the family who first owned the house and was the leading presence that tormented the Perron family. Further, there was evidence that links Bathsheba to the death of a neighboring child. Bathsheba is buried a short distance from the farmhouse at the downtown baptist Harrisville cemetery.

According to Andrea Perron, the oldest of the Perron children gave her insight into the situation with Bathsheba, “Whoever the spirit was, she perceived herself to be mistress of the house and she resented the competition my mother posed for that position”.
Andreas claims that hear family smelling rotting flesh, saw beds rise, and when her father was forced to go into the basement, a place they believe the spirits lived, so they generally avoided, he could feel their cold, dark presence.

The family asked Ed and Lorraine Warren to conduct a seance,(not an exorcism). The Warrens agreed. This led to the frightful demonic possession of Carolyn Perron, her body being taken over and risen from a chair as she spoke in a language she didn’t know. While the children should have been away, Andrea witnessed it. She recounts, “My mother began to speak a language not of this world in a voice not her own. Her chair levitated and she was thrown across the room.” Some believe this recount is meant solely to be received as a scary hoopla. Others, however, have seen too much and are true believers.

Watch: The Haunting Legend Behind The “Black-Eyed Children 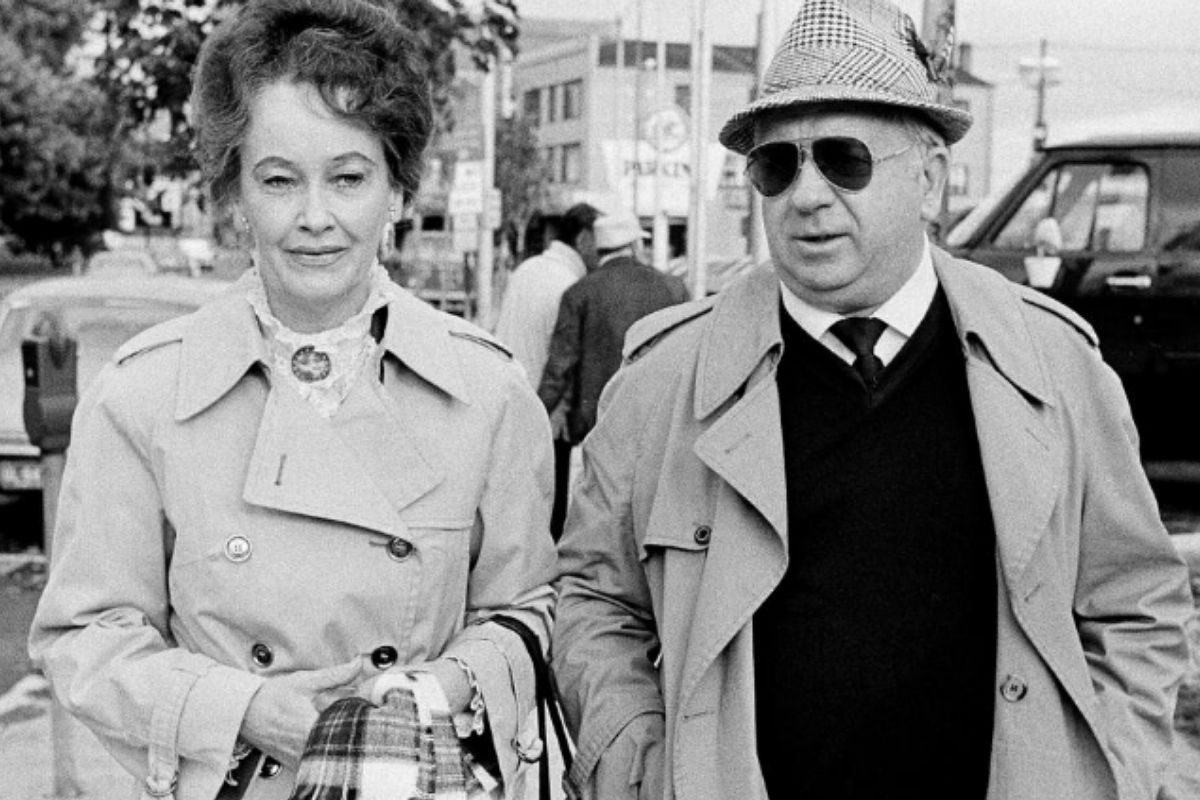