Carrots on Sticks Replaced Ice Cream During WWII. Kids Didn’t Know What It Was ‘Til the War Was Over. 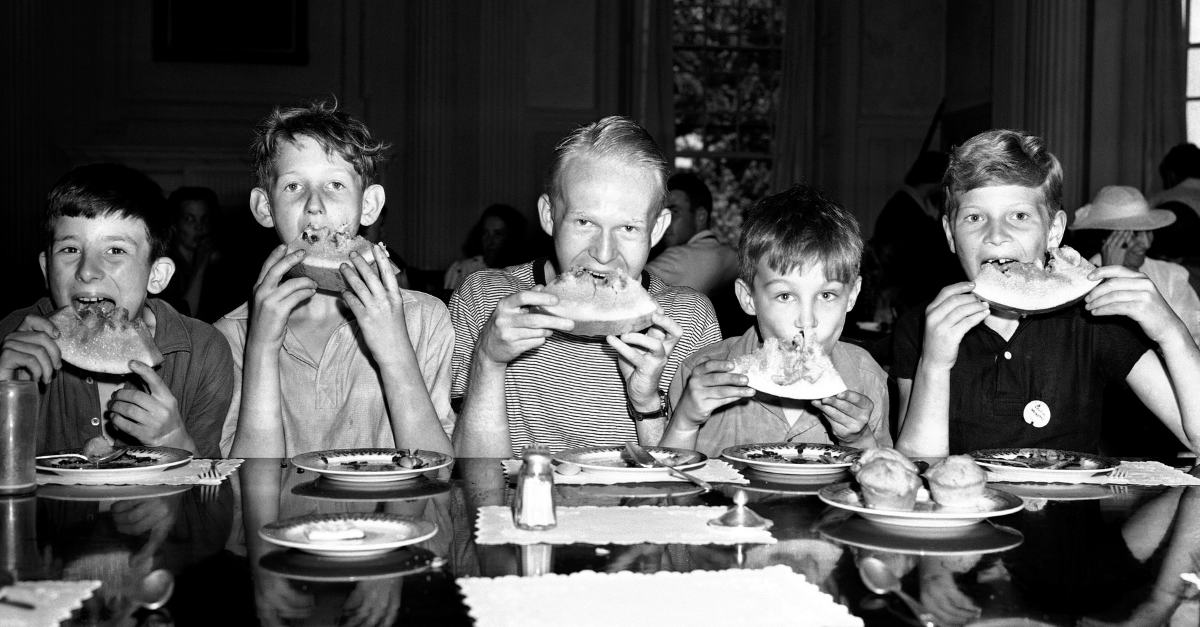 In 1941 on the heels of the Great Depression, the world was knee deep in World War II. Every country, family, and individual was experiencing the day-to-day repercussions from a world at war. Loss was present, in one way or another. While the side effects looked different from place to place, WWII affected the lives of the young to the old around the globe.

For Americans, a majority of the men from the United States were gone and fighting abroad. Women were stepping up and working in factories, running newspapers and starting movements. Even the food supply was rationed in the States. On the other side of the world, in British countries, food was also being rationed, but in a far, far darker manner.

In Europe, sugar was highly rationed. It was on the list of heavily consumed items like bacon and butter. For that reason, those items were the first to be rationed. Given this consumption rate, sugar was given out weekly in only 8 ounces per adult. And since sugar was being rationed, ice cream was unavailable. Ration your eyes on this horror!

It’s a classic image, children enjoying…their vegetables? Well, during #WWII rationing meant ice cream was unavailable and so the official replacement became a carrot on a stick. The sugar needed to make ice cream was one of the first luxuries to be hit by rationing, along with bacon and butter. Carrots, however, were in plentiful supply during the war and The Ministry of Agriculture promoted carrots heavily as a substitute for other scarcer vegetables. In fact, we have WWII to thank for the promotion of carrots as beneficial for eyesight. And carrots were even marketed with a mascot called “Doctor Carrot,” a carrot with a top hat and carrying a briefcase labeled “Vitamin A.” In fact, the substitution of carrots for ice cream was so ubiquitous that many children who were born just before or during the war, didn’t discover ice cream until after war rationing stopped in the 1950s. #Carrot #Vegetables #Rationing #BritishHistory #history #eatyourvegetables

Enter Dig for Victory. Shortly after the beginning of World War II, the Ministry of Agriculture launched the Dig For Victory campaign. This movement contained anthems, illustrated foods quoting healthy quips, and millions of vegetables. The focus of the campaign was to emphasize healthy eating during the rationing of the war. Neighborhoods and families were encouraged to grow their own vegetables in personal gardens and allotments so that more land could be used for war materials.

Throughout this country-wide nutrition crash course/food rationing, some small changes were made to everyday meals and snacks. Kids were given healthy alternative for sweets. For instance, the casual ice cream replacement: carrots… on a stick. It was the official WWII rationing substitute for ice cream until after the war was over! The veggie skewers were enjoyed by adults and children because carrots were in full supply during the war.

To continue to increase the consumption of the vegetables that were present and to make up for those that were scarce, Doctor Carrot was introduced. Doctor Carrot was an illustrated, scholarly-looking carrot with a hat, lab coat, and a briefcase. The goal was to promote the health benefits carrots held as well as discourage waste. Recipes including carrot were at an all time high, I’m sure. Doctor Carrot was not the only cartoon food buddy promoting the at-home war efforts, however. There was also Potato Pete. He had his own cook book, and his own anthem, sung by Betty Driver. If you’re down for some war-time propaganda, have a listen.

Yes, it was a different time, indeed. Carrots, Potatoes and Rations, oh my!

Watch: The Earthroamer Camper Is the Ultimate Outdoorsman RV