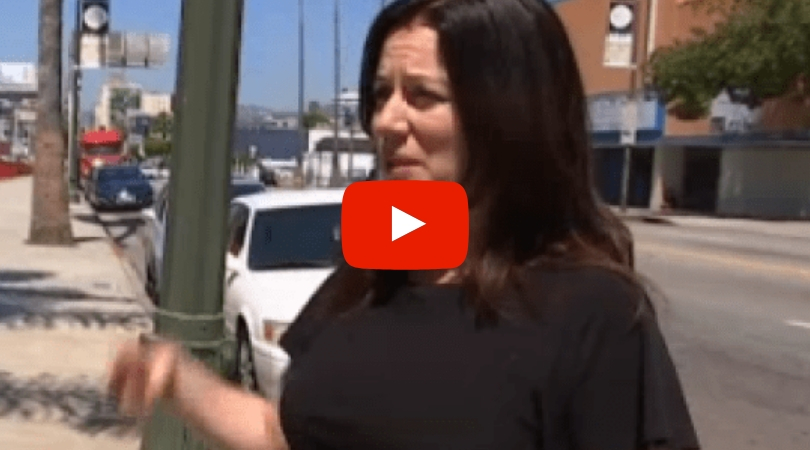 Via Metro
Via Metro

Yikes, talk about some bad bad luck. A woman has been left severely traumatized after a homeless man threw a bucket of hot diarrhea on her face. Yes, literal diarrhea. Excuse me while I go throw up.

Back in April, Heidi Van Tassel was getting into her car after going out for Thai food near the Hollywood Walk of Fame in Los Angeles. Out of nowhere a homeless man sprinted towards her from the middle of the street and pulled her out of the vehicle, quickly dumping a bucket of feces on her head. How exactly he managed to get it hot? No one knows.

Van Tessel immediately rushed to Hollywood Presbyterian hospital following her attack, where she was tested for infectious diseases. Because well, you never know where this homeless person might have been.

Recalling the incident, the poor woman stated, “It was diarrhea. Hot liquid. I was soaked, and it was coming off my eyelashes and into my eyes. Paramedics who came to treat me said there was so much of it on me, that it looked like the man was saving it up for a month. It was all inside my car because it was so much. He just kept pouring it and splattering it all over me.?

Medical experts advised Van Tessel to get tested for any diseases every 3 months, claiming the incident has also left her with PTSD. She said the amount of PTSD she is dealing with is beyond anything that she’s ever felt, which is why there needs to be some kind of help for the victims of these crimes.

The attacker was identified as Jere Blessings (Oh, the irony) and was charged with battery by the Los Angeles Police Department. Blessings has schizophrenia and psychotic disorder and was sent to the residential facility for people with mental health disorders for two months before being released in August.

Despite the incident, the woman said she does have empathy for Blessings but is concerned that he may be back out on the streets. She notes that he doesn’t necessarily need jail time, rather mental health care because of his disorder.

This is pretty terrifying, especially since homeless attacks can happen pretty much everywhere. I guess here’s your daily reminder to always look twice around the street, and run whenever you see someone coming at you with a bucket.

This article was originally published on November 12, 2019.