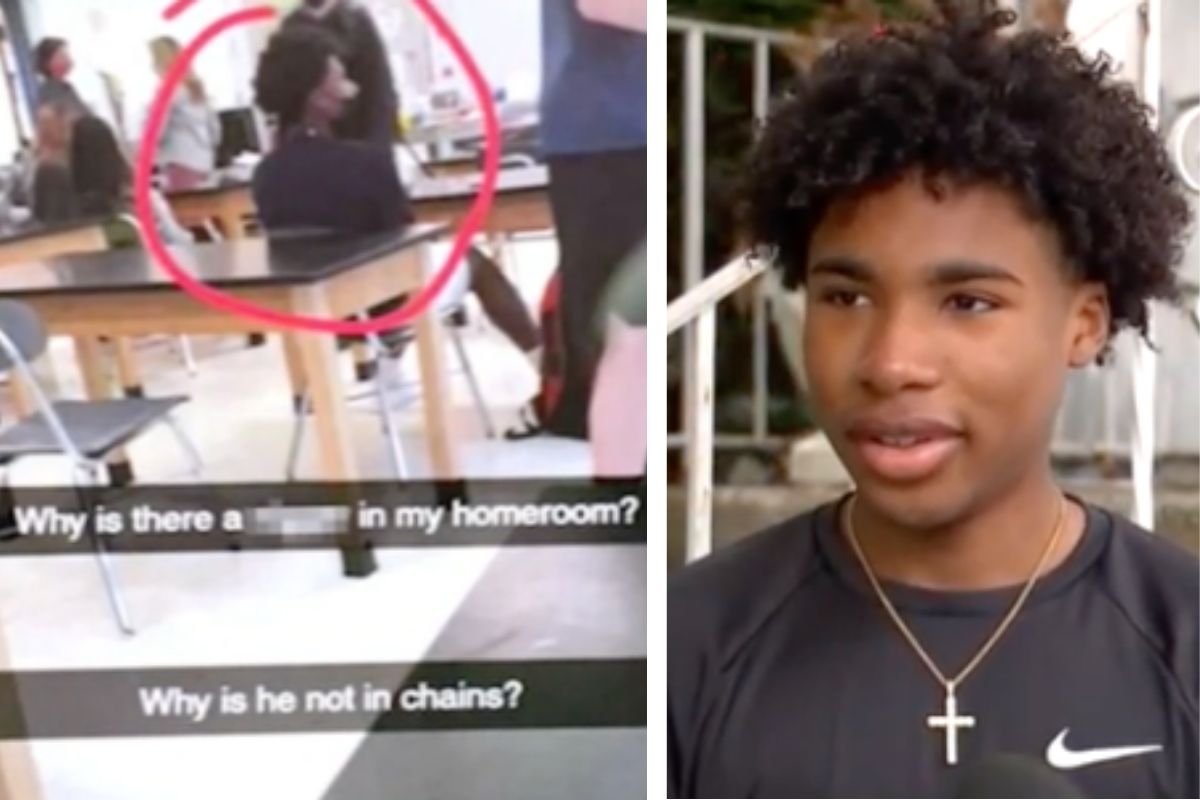 It’s heartbreaking to see young people living their normal lives, going about their day-to-day, only to find out that their peers are racist. Jamar Medor, a normal 16-year-old high school student at Fairfield Warde High School, recently discovered that his own classmates were extremely racist when one of them sent a picture of him around on the social media platform Snapchat, captioned, “Why is there a n*gger in my homeroom? Why is he not in chains?”

According to WABC-TV, Jamar, a Black student, was the target of the racist Snapchat by an unnamed classmate, who was arrested and is now being charged with breach of peace and racial harassment. The other 16-year-old student had circled Jamar at his desk in the picture, captioning it with the n-word racial slur, shocking Jamar as he had no idea that his own classmates could do such a thing.

“I just had no words when I saw it,” he said defeatedly, “I was so confused.”

Judith Medor, Jamar’s mother, explained in frustration, fear, and sadness, that she’s demanding that the student be expelled. After the district sent her and Jamar’s father a letter of what happened, she told Patch, “I’m not going to rest until I find justice for my son. I stand against racism, so we’re going to have to do anything in our power to stop it.”

“I was like… oh my god. My mouth just dropped because I couldn’t believe it – how the other student would do something like this regarding my son. I don’t know what he’s going to do to my son. That’s the reason why I’m worried for his safety,” she added, expressing her severe concerns for her high schooler. Jamar explained his own concerns, as he expressed how his own fear for his life has increased. He told ABC 7, “I just don’t feel comfortable going to school or walking the halls, so I stayed home today actually.”

Although the student has been suspended for 10 days, a petition has been started calling on Fairfield County for his expulsion, and over 30,000 people have already signed it. It doesn’t matter how young you are, this is nothing to be played around with. This student needs to understand and feel the full weight of the consequences of his actions.