Driver Asks if Anyone Wants to Die While Pointing Gun, Opens Fire 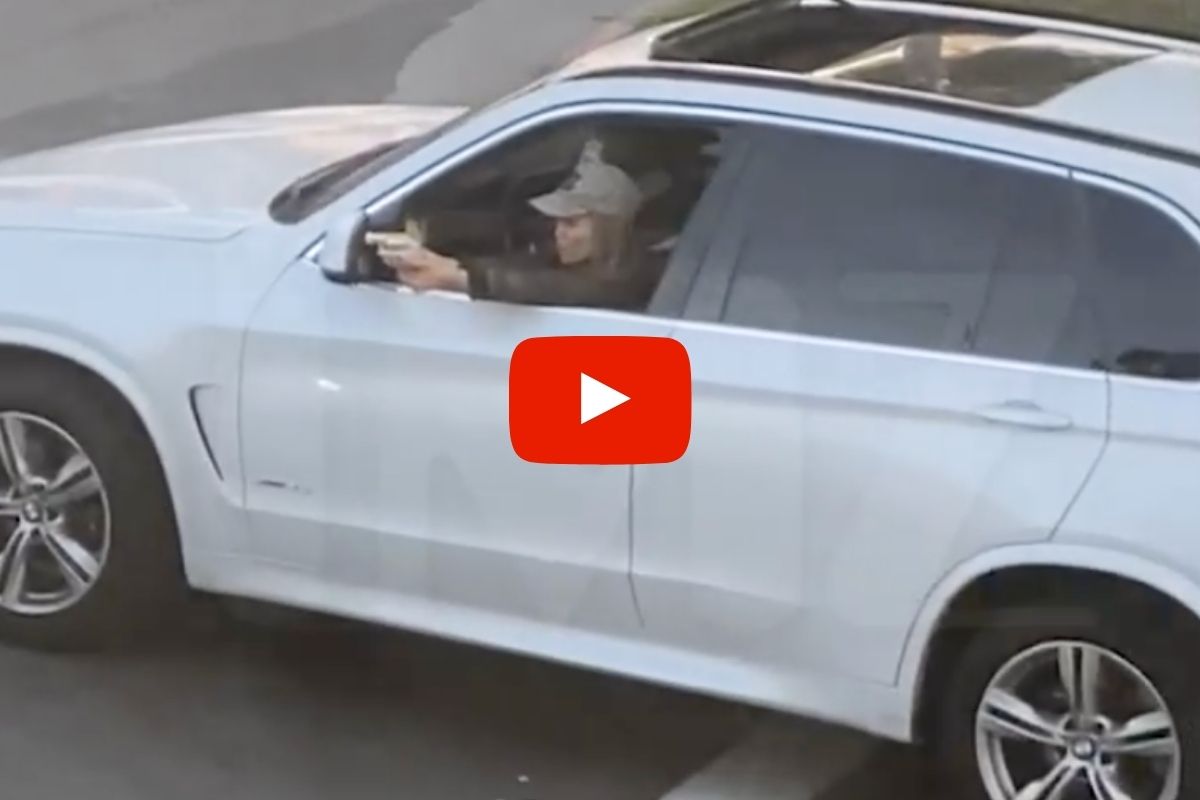 Some people are just plain stupid. It’s getting really hard trying to defend ignorant people who just have no respect for themselves or others. Like this woman who I am extremely shocked the internet hasn’t blown her mugshot up. Apparently, a woman was waiting to merge into a busy LA intersection but quickly lost her patience and decided to do the unthinkable. She basically pointed a gun out of the window threatening people to kill them and actually fired the gun. Yes, it was one thing to threaten them, but then to shoot the gun and air, this incredibly reckless. The balls on this woman, I swear.

Luckily for us, a random good samaritan recorded the incident, where it shows the woman appears to be held up at a stop sign near Fairfax Ave and Olympic Blvd. Apparently, that intersection sees a lot of traffic during rush hour, which was recorded at 5:30 pm. The video starts as a woman seems to be yelling at someone off-camera with their windows rolled down. She then quickly goes bonkers and shows the handgun, which appears to be a revolver, and loads it.

“Anybody Want to Die?

She points the firearm and then very stupidly asks, “Does anybody want to die now? Anybody?” The woman then appears to point a gun at a different car passing in front of her, which I’m pretty sure terrified everyone in that area. But, instead of leaving she decides to unload a round straight up through her sunroof. Luckily, it doesn’t look like she hit anyone or any cars, and law enforcement officers were able to eventually catch up to her and detained her without further incident.

The woman was arrested for felony negligent discharge of a firearm, which cops say she fired as many as five shots. In the video, the woman is seen ranting, “the cow jumped over the moon,” which can be taken as a sign of a mental health episode. Not only that, but according to TMZ, the cops stated that she is Dr. Dre’s daughter but there is still no evidence to support that.

Watch: Woman Shoots McDonald’s Employees for Not Allowing Her to Dine-In