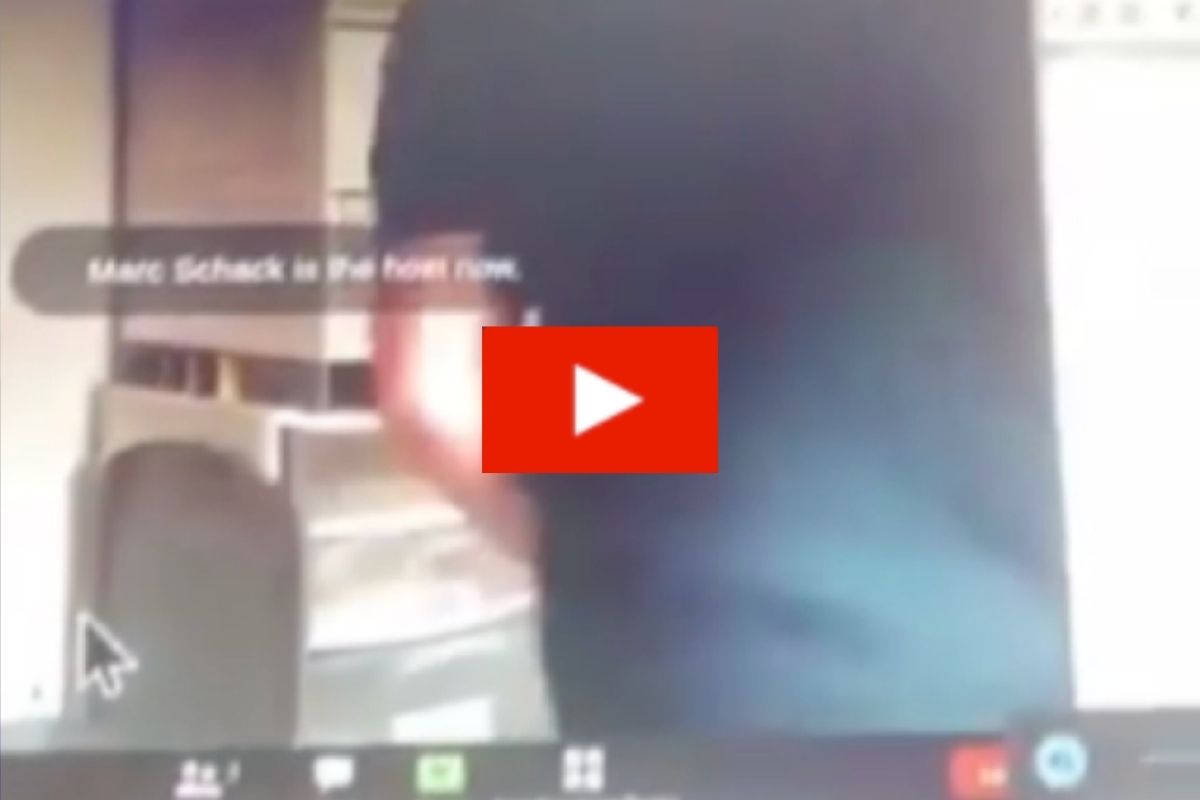 When the coronavirus pandemic hit, everything went online, including work and school. As one would expect, crazy online mishaps have started to occur more regularly because Zoom calls are now so normal in our society. And for Marc Schack, this mishap might cost him his career.

Schack is a teacher’s aide for special education students in Maryland at Shady Grove Middle School in Gaithersburg. He had thought an online lesson with 8th graders had ended last Wednesday and proceeded to have some alone time to-“take care of himself.” But while he was masturbating, he had no idea that the virtual call lesson was still going. He told Bethesda Magazine that he was unaware the call hadn’t ended. He said, “I thought I was logged out when class was over. I had no clue that Zoom was still on. Why would I do that? That’s my job. I had no clue that Zoom was on. I mean, that’s just crazy behavior.”

The 13-second clip was later posted on social media, showing Schack looking at his screen, then standing up, walking just a few steps away, and beginning to pleasure himself. His name appears on the screen as the host of the Zoom call, and seconds later, another name appeared, replacing him as moderator.

Schack has been working for Montgomery County Public Schools for 21 years and also runs a business called Pirate Magic, where he portrays a character named “Captain Silly Bones” throwing “pirate parties” for youngsters. He has since been placed on administrative leave, but district officials also added that they had, “misplaced his background check file.”

Schack insists the situation was, “just a mistake,” adding, “I’m only human,” adding, “I’m not a pervert or anything like that, you know. You gotta believe me on that … I thought I was in the privacy of my own home. I had no clue.”

Nevertheless, district spokeswoman Gboyinde Onijala did tell the New York Post that an ongoing investigation for a “staffer” for “inappropriate behavior that was sexual in nature,” saying, “Per our procedures, we do not release the names of staff members that are under investigation. Local authorities were informed and are investigating as well.”