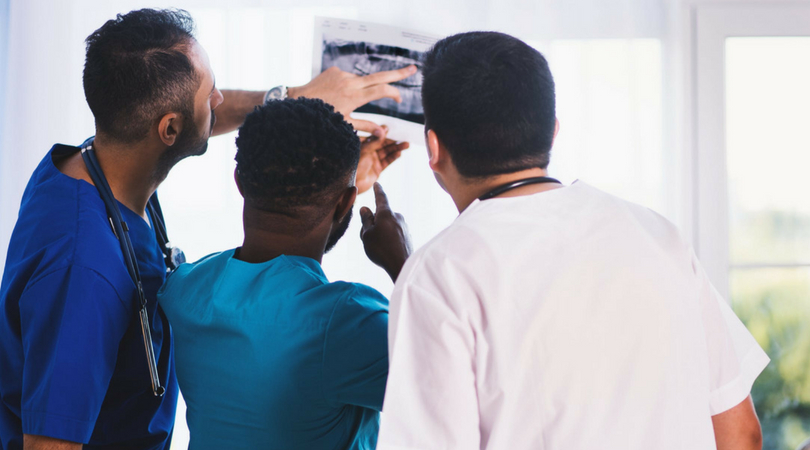 It?s back to school season, which means that kids are getting ready with their books, school supplies, and special outfits. Yet, a Houston doctor fears a measles outbreak will happen at some point in this school year, especially in Texas. Why? Well, Dr. Peter Hotez says the Texas State Health Department has indicated that over 57,000 children’s parents opted out of vaccines for school. Yikes!

Hotez is Director of the Texas Children’s Hospital Center for Vaccines and the Dean of the National School of Tropical Medicine at Baylor College of Medicine. He states these numbers are concerning because it is a two-fold increase in vaccine exemptions since 2003, in the state of Texas. Last year, Minnesota suffered a large outbreak that sickened 79 people, mostly children under the age of 10. Hotez is worried about the measles coming back to Texas, just like they did with Minnesota.

August is National Immunization Awareness Month. — Beth Sims, Director of Nursing at Vibra Hospital of San Diego answers some of the most common questions about #vaccines in this week's #blog post (🔗 in bio), including: ❓Why is it important to be vaccinated? ❓How do vaccines work? ❓Should I get vaccinated or wait for natural immunity? ❓Are vaccines safe? ❓Do vaccines have side effects? ❓Do childhood vaccines cause autism? ❓Do vaccines actually make a difference? — #immunization #publichealth #safety #vaccinations #sandiego #nursing #healthcare #august #measles #disease #illness #community #medicine

Public health officials are seeing measles cases in cities in more than 21 states across the United States, primarily in the northwest area. In 2018 from January 1 to July 14, 107 people from those states were reported to have measles. The majority of people who got measles were unvaccinated. Most of them were due to travelers who became infected overseas with measles, including counties in Europe, Asia, the Pacific, and Africa. Experts say parents continue to be misled to not vaccinate their children due to the outspoken anti-vax lobby. Several anti-vaccine groups have been creating groups around their area and taking over social media. But, Hotez says what they are putting out there is interface misinformation since the measles vaccine is proven to work after numerous test on both vaccinated and unvaccinated people.

What exactly are the measles and how can you tell if you contracted them?

Measles is a viral infection of the respiratory system. The measles virus lives in the nose and throat of an already infected person. It can spread to others through sneezing and cough and can live up to two hours in an airspace where the infected person coughed or sneezed. One can also be contaminated if they breathe or touch the infected surface, then touch their eyes, mouth or nose. According to the CDC, the virus is so contagious that if one person has it, 90% of the people close to it who are not immune will immediately become infected.

Measles symptoms generally appear about seven to 14 days after a person becomes infected. Typically it begins with a cough, runny nose, high fever, and red and watery eyes. Two or three days after symptoms begin, one can see tiny white bumps appear inside the mouth. After three to five days one can experience a rash break out, beginning as flat red spots appear so on the face at the hairline spreading down to the neck, trunk, arms, legs, and feet. Small raised bumps (maculopapular rash) may also appear on top of the red spots and can cause a fever of 104 Fahrenheit.

What are the complications?

Besides the symptoms, The Centers For Disease Control and Prevention stated the infectious disease can lead to serious complications for patients younger than five years and adults older than 20 years of age. Common measles complications include ear infections, that can result in permanent hearing loss and diarrhea. Some may also suffer from pneumonia, the most common cause of death from measles in young children, and about 1 in 1000 children can develop encephalitis, which is the swelling of the brain. This can lead to concussions and leave a child deaf or with an intellectual disability. For every 1,000 children who get the measles, one or two will die from it.

Can they be prevented?

Unfortunately, there is no prescription medication to treat measles, the virus and symptoms typically disappear within two to three weeks. If need be, your doctor may also prescribe acetaminophen to relieve muscle aches and fever, as well as Vitamin A supplements. Those infected are also recommended to rest to help boost your immune system and drink plenty of fluids.

Remember, numerous healthcare officials have stated that outbreaks are preventable and there are ways to prep your children for back to school. Experts recommend making sure your child is up to date on all vaccines after they are safe and lifesaving. If need be, you can always contact your local Department of Health for information about what vaccines your child might need.