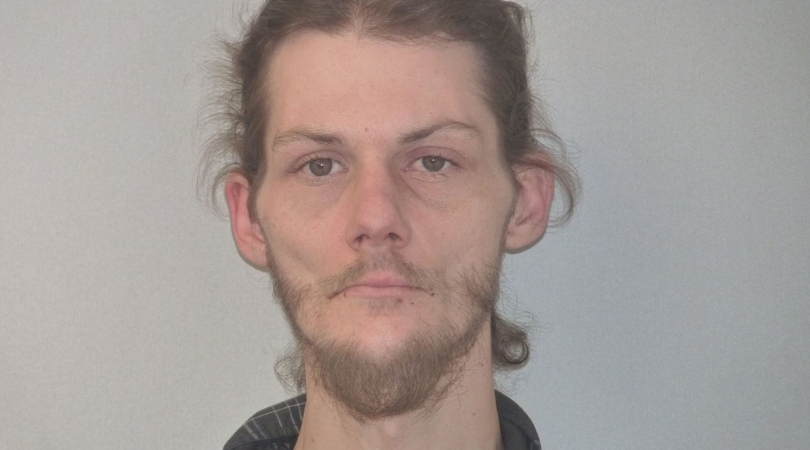 Question! Does this man look like someone who would turn a church playroom into a meth lab? Uh, yeah. Most definitely, hands down. Just look at his face, you KNOW he’s definitely on something.

33-year-old Matthew Anderson has been accused of doing just that, he turned a children’s playroom at Buxton United Methodist Church into a meth lab. Because well, he probably didn’t think he would get caught. I mean, if you think about it, it’s really a good place to hide. People would never suspect a church.

Still, according to the Buxton Police Department, police responded to a “suspicious activity” complaint at the Buxton United Methodist Church. When officers arrived at the church, they found several items that were “consistent with the manufacturing process of methamphetamine” in an area that was designated for children.

Officers immediately called the Maine Drug Enforcement Agency (MDEA) to help assist in the investigation. Officials quickly identified Anderson as a suspect and took him into custody at a nearby home. He was initially arrested on an unrelated arrest warrant.

One of those times you see a mugshot and think, "ok, I get now…" https://t.co/0iWCO9SNia

Several hours later after being interviewed, Anderson was charged by the Maine Drug Enforcement Administration with the unlawful operation of a methamphetamine lab. He was held at the York County Jail after he was unable to post a $50,000 bail. He is set to appear in Alfred Superior Court on January 24.

Honesty, this man looks more than sick, it’s crazy to see how much drugs can affect a person. He looks like a skeleton, or rather a human that is slowly morphing into a decaying skeleton. He belongs in the movie Coco. In all seriousness though, how did this man even have access to the playroom and how did no one notice it? Especially since it’s an area that is used by children and church officials?