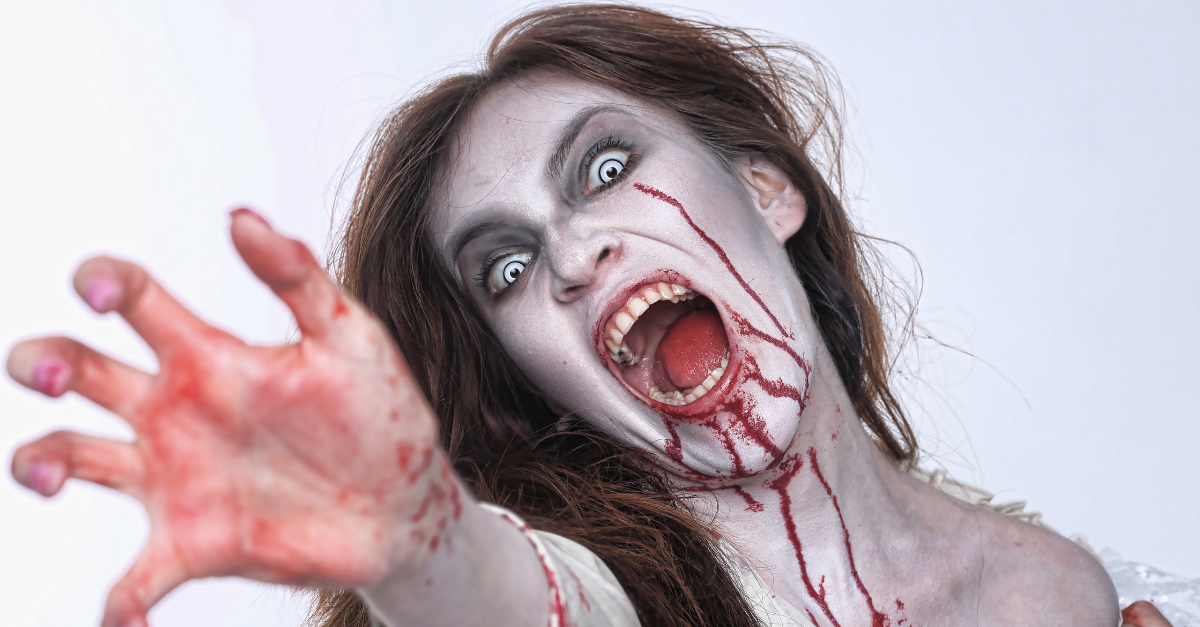 Police Chief Dennis Turner told the media that the body cam footage from the incident was one of the most disturbing confrontations he’s seen in his entire career as a police officer. He described it as “something you would see off of a horror movie.”

So, basically, this woman was turned into an actual zombie. The equation Meth + Heroin = Zombie sounds perfectly logical to me. The heroin gets you all sluggish and zoned out like a zombie, then the meth comes in and shoots you full of energy, but only renders your id operational, so you pursue only your most basic needs, such as TO FEED.

Can you imagine how out of hand this situation had to have gotten for these two guys to call the police? There’s probably meth and heroin in the apartment, but the woman was so terrifying and ferocious that the two men were like, “Screw it. If we don’t call the cops right now she’s going to drink our blood and run off into the woods.”

This story was originally published October 26, 2018.