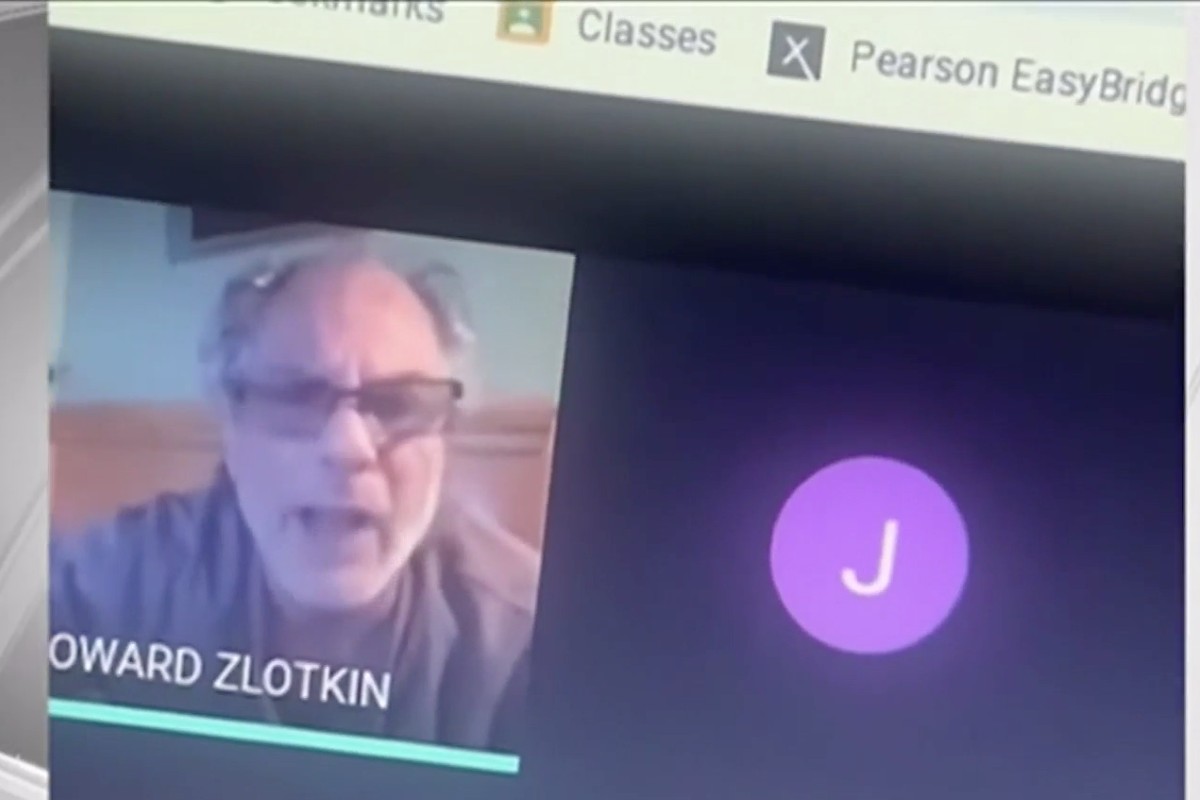 Over in New Jersey, high school teacher Howard Zlotkin became the latest teacher to be caught on camera making a racist outburst.

Zlotkin, a white, former teacher at Dickinson High School in New Jersey, was teaching a remote landscape and design class of about 15 students. While leading the class in a conversation about climate change, Zlotkin allegedly began venting about his personal problems with his own daughter and frustration with the BLM movement. “If you think I’m privileged, then f— you, because my daughter thinks I’m privileged and I don’t speak to her,” Zlotkins said, according to NBC New York.

At one point during the class, the teacher gives a student the middle finger and tells him: “f— you.” Timmia Williams, the 17-year-old student who recorded the class, told NBC New York that Zlotkins seemed to direct much of his speech at his Black students.

“I hear people whining and crying about Black Lives Matter, but George Floyd was a f—— criminal and he got arrested and he got killed because he wouldn’t comply and the bottom line is we make him a f—— hero,” Zlotkin can be heard saying in the video of the online class.

When Timmia, who is Black, and other students challenged their teacher, he became angrier. Zlotkins singled out Timmia and four other Black students, assigning them an essay on why Black lives should matter. No other students had to write the essay.

?This is the first time I ever felt somebody telling me that my opinion doesn?t matter because I?m young and because I?m Black and stuff,? Tammia told The New York Times. ?It just threw me off. I just started crying.?

The next day, Timmia told Zlotkin that she refused to do the assignment.

?Why? You can?t make a case for yourself?? Zlotkins can be heard telling her in video footage. ?No, you can?t, Timmia, that?s why.?

Timmia and her parents contacted school officials at Dickinson High School and the Jersey City Board of Education after Zlotkin’s first outburst, but did not receive an immediate response. It wasn’t until Friday that the Jersey City Public Schools released in a statement to NBC News that Zlotkin was removed from teaching.

“The school was in the process of taking statements from students today before proceeding with disciplinary actions, and then the second video surfaced,” said the school district’s statement. “The teacher will not have access to students or the school as we proceed. We are appalled by the statements, profanity, disrespect, and treatment of students.” Timmia’s mom, Margie Nieves, told The New York Times that the school has yet to reach out to her with an apology.

?I still feel some type of way because they didn?t solve it right then and there,? Ms. Williams said. ?They waited.?

Zlotkin has taught at Dickinson High School in Jersey City for two decades. He is also an adjunct professor at Hudson County Community College, a role which he has been suspended from, according to NJ.com. Spokeswoman Jennifer Christopher told TIME that Zlotkin’s ?offensive and derogatory language? violates the college?s anti-harassment policy and professional conduct policy.