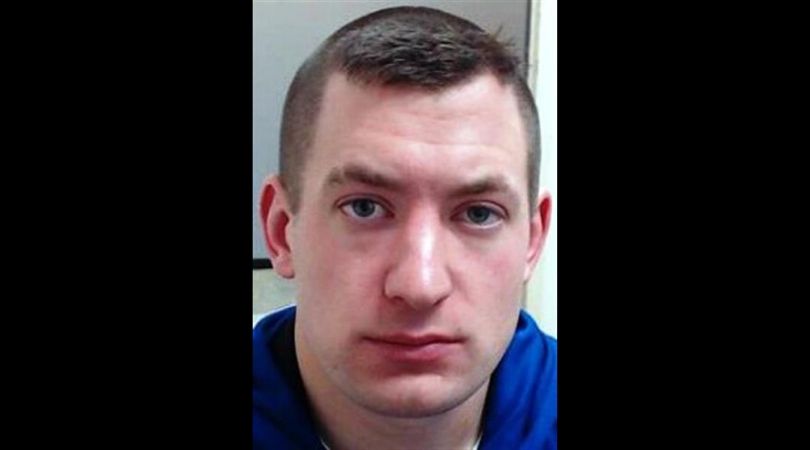 A convicted sex offender posing as an undercover police officer escorted a King’s college student home and sexually assaulted him. According to authorities, 26-year-old Zackery J. Kaiser was picked up by police on the streets while carrying a BB gun, a portable police scanner, a gold-colored plastic toy badge, and two cans of pepper spray.

Authorities had initially responded to a call at King’s College after a student reported being sexually assaulted. The student stated a man wearing a bridge yellow reflective jacket had waived for him to come over. The man then claimed to be an undercover cop, saying he was investigating someone who was looking into cars with a flashlight.

After Kizer asked the student for some identification, the man said he would “keep this so you won’t run away.” That’s when the student quickly grew suspicious and asked for the man’s identification, Kizer then showed him an ID card and a gold badge. Keizer allegedly gave the students tips to stay safe an agreed to walk him home.

Inside the student’s apartment, the man began to touch his genitals over his clothes and then left. Later in the day, the student grew further concerned when he saw his attacker in the building, which has restricted access. After investigation, detectives learned another student had also been approached by a man matching Kizer’s description.

Based on the second report, police were able to obtain surveillance footage and recognized the registered sex offender. When found by law enforcement officers, Kizer was wearing the bright yellow jacket, boots, black military-style pants, and a cap reading “S.W.A.T.” Despite being found in possession of a badge, weapons, and a scanner, he told officers he had not been impersonating a police officer. During question, he then admitted to entering the student home and then engaging in sexual activity, claiming it was consensual. He denied posing as an undercover cop with the student, but told police he had told other students near the college he was a cop because he “wanted to make friends.”

He was quickly arrested and charged with indecent assault without consent, indecent assault with forcible compulsion and impersonating a public servant. He was arrested and sent to Luzerne County Corrections Facility with a bail set at $50,000. According to court records, Kizer previously pleaded guilty in February 2013 to child pornography charges. While living in a West Hazleton children’s boarding home, Kizer allegedly posed as his sister when he wrote several letters for a 17-year-old boy asking for nude pictures. He was originally sentenced to nine to 18 months in jail.