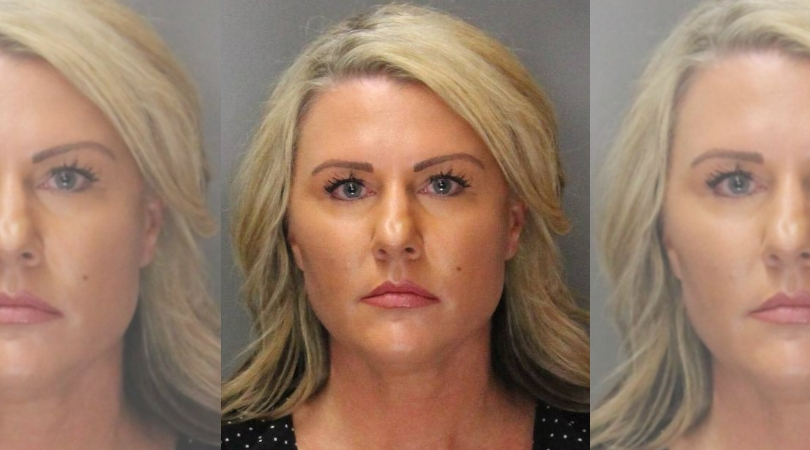 Uh, what’s up California? Is everything okay? Is there something in the water we should worry about? I mean, y’all have had quite a few rough months. I’m just concerned, that’s all. Because there’s no way a sane person with so much authoritative power can do something so dumb as this.

Turns out 44-year-old Shauna Bishop, a Sacramento County Sheriff’s Deputy turned herself into the police after detectives determined she had sex with a 16-year-old-boy. Yes, a DEPUTY decided to break the law and have sex with a minor. Cool, cool, cool. I guess this just goes to show you that the law makes exceptions for no one. And that sometimes, people just don’t think things through, not even the law enforcement officers. I will say that her eyelashes on her mugshot are on point. Who’s your lash lady, Shaun? I need her number asap.

Sacramento County Sheriff’s Deputy Shauna Bishop, 44, arrested for allegedly sexual relationship with a 16-year-old. She was charged with unlawful sexual intercourse with a minor, oral copulation with a minor & molesting a child. Cops say Bishop didn't meet the teen while on duty pic.twitter.com/6nvfAHXXF4

According to the Folsom Police Department, Bishop went to the Sacramento County Jail, where she was arrested and charged on suspicion of unlawful sexual intercourse with minor, oral copulation with a minor and molesting a child. Back in early May, the 44-year-old was accused of having sexual contact with the boy at a Folsom home, while she was off-duty. She was placed on paid administrative leave while investigations were ongoing. The five-year veteran of the force volunteers with the Sheriff’s Activities League where she worked with at-risk children and teenagers and worked as a patrol duty.

But, according to the Sheriff’s Department, she did not meet him through her job, but did know the victim prior to the “incident.” Which kind of seems like a cover up to me, but hey, I’ll go with it. Luckily, the police department said that they don’t believe there are any other victims. Bishop is scheduled to appear in court next week and is facing five felony counts.

This is just nuts. She should have known what would happen if she messed around with a 16 (!!!) year-old who is probably bragging about it to his whole High School. I mean, you’re part of the law enforcement lady, you see this pretty much every day! Next time, you might want to try Tinder. There are plenty of (overaged) fishes in the sea on there.