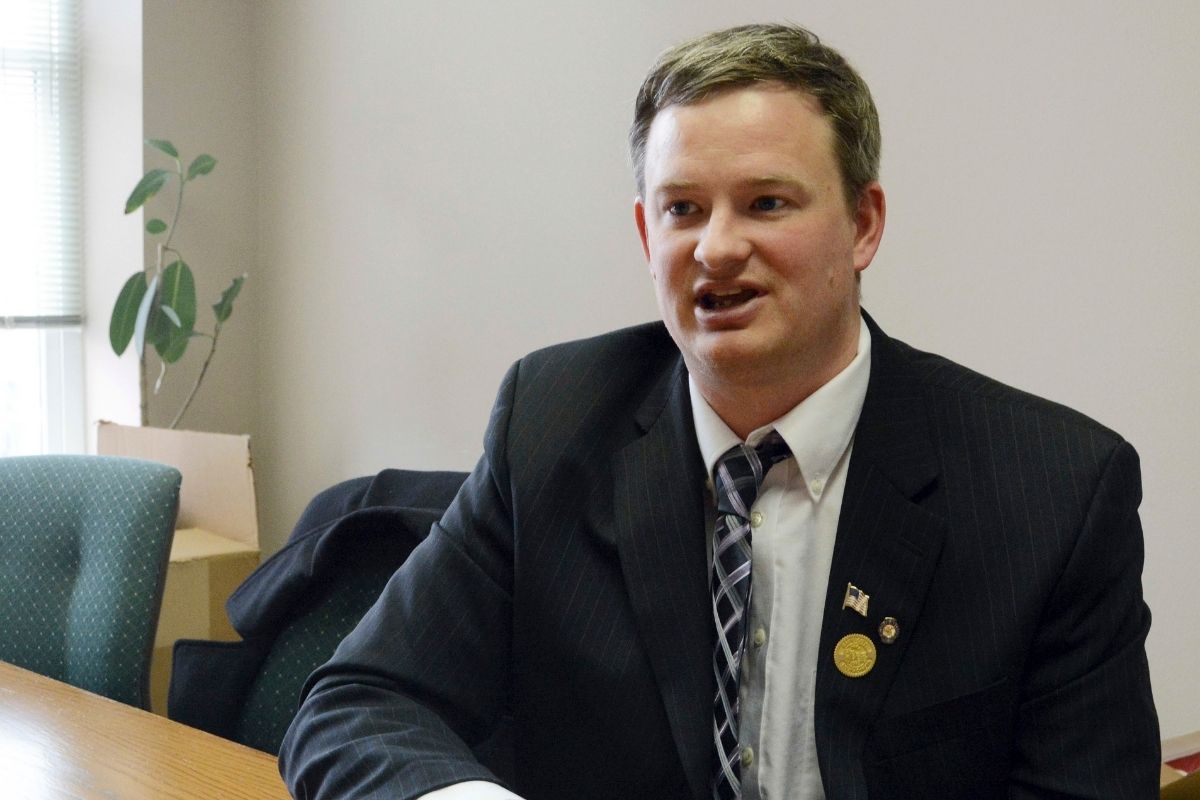 Five months after he reported “hitting a deer with his car,” South Dakota Attorney General Jason Ravnsborg avoided felony charges after it was found that he had actually run over and killed a pedestrian. If found guilty, he would only face a maximum of 30 days in jail and a $500 fine on each charge.

According to Hyde County Deputy State’s Attorney Emily Sovell, “there simply wasn’t the evidence to support felony charges of vehicular homicide or manslaughter,” and she also pointed out that Ravnsborg wasn’t intoxicated, since his toxicology report showed no alcohol in his system. The blood sample had been taken 15 hours after the crash.

The crash investigators concluded that Ravnsborg was not on his phone upon impact, and that he probably walked by 55-year-old Joseph Boever’s body because it was a “very dark night” with no lighting along the road. They also believe that even with a cellphone flashlight, he and the sheriff who was at the scene could not have seen the body.

Ravnsborg said, “I appreciate, more than ever, that the presumption of innocence placed within our legal system continues to work,” but Boever’s family expressed their frustration and disappointment at the outcome of this case. They will now pursue legal action. The victim’s cousin, Nick Nemec said, “I was afraid the charge would be something on the order of crossing the white line. And that’s exactly what the charge was.”

Things have become a little tricky for South Dakota Attorney General Jason Ravnsborg after he reported a fatal crash on Saturday night. The 44-year-old Republican attorney general was driving down the highway at 10:30 pm when he hit what he claimed he thought was a deer, as he had told the Hyde County Sheriff’s Office. But what he had actually hit was not a deer at all.

Ravnsborg was driving in his 2011 Ford Taurus from the Republican fundraiser event, the Lincoln Day Dinner, in Redfield on U.S. Highway 14 west of the city of Highmore, South Dakota. According to the Department of Public Safety, Craig Price, Ravnsborg told Hyde County Sheriff’s Office that he had, “been involved in a car-deer crash,” but interestingly never initially mentioned if he had stopped his car after the accident. Ravnsborg also had not been drinking.

Well much to everyone’s demises the next morning, the body of 55-year-old Joseph Boever was found instead. According to Boever’s cousin, Nick Nemec, Nick’s brother, Victor Nemec, had planned to meet Boever on Sunday morning to help him take his pickup truck out of a ditch along U.S. Highway 14. Boever had crashed his truck into a ditch the day before, hitting a pile of hay bale that badly bent his bumper.

When the Nemecs realized that no one was at Boever’s home the next day, they realized what had happened after passing the police cars and seeing the blood on the road on the way to their cousin’s house. The Nemecs thought that maybe Boever decided to grab something from the truck or fix the bent bumper himself the night before, causing him to become the victim of Ravnsborg’s alleged hit and run.

Nevertheless, South Dakota Governor Kristi Noem explained that “the South Dakota Highway Patrol will conduct an investigation of the collision, which will be overseen by Cabinet Secretary for the South Dakota Department of Public Safety Craig Price,” in a news conference. Ravnsborg’s chief of staff Tim Bormann also had called the situation “a tragic accident” in a released statement from part of the Attorney General Ravnsborg’s office.

Ravnsborg himself said that he was, “shocked and filled with sorrow,” and was “fully cooperating with the investigation,” and he also mentioned how he offers his, “deepest sympathy and condolences to the family,” in his released statement on Sunday.

But things got even trickier.

In a more newly released statement late Monday, Ravnsborg said, “I discovered the body of Mr. Boever in the grass just off the roadway. It was apparent that he was dead.”

When Ravsnborg got into the accident that Saturday evening, he claimed that Monday night that he did stop the car to call the police and see the damage. But all he could find were “pieces of [his] vehicle laying on and around the roadway,” and nothing else. With the Hyde County Sheriff Mike Volek, there, they both couldn’t find anything at the accident scene but car debris, to which Sheriff Volek then loaned his personal car to Ravnsborg to drive home that night.

The next morning, they returned to the highway and decided to look in the ditch on the shoulder of the road next to it to see if a dead “large animal” was there. And that’s when they found Boever’s body. The newer version of Ravnsborg’s statement explained that he is fully cooperating: “giving a face-to-face interview with investigators; agreeing to a blood draw and a search of both his cellphones; and providing a list of “anyone at the dinner who can confirm that I was not drinking alcohol at any time during the event.”

The North Dakota Bureau of Criminal Investigation is now also assisting Gov. Kristi Noem and state investigators at the South Dakota Division of Criminal Investigation to help avoid any conflicts of interest. I know deer accidents happen, as I’ve heard my friends talk about them, but I hate to say that something doesn’t feel right about this situation. It’s hard to believe that Ravnsborg didn’t see the man walking off, or rather dragging himself away after getting hit by a car.

Was Boever a dead man upon impact? And is it far-reaching for me to say that it almost feels like the state’s top law enforcement officers are protecting each other? Regardless, Boever’s family deserves the truth and I’m not sure if they’re going to get it ever the attorney general’s office.

And not to add to the speculation, but according to The Argus Leader, Ravnsborg has received six traffic tickets for speeding in the last six years, has been cited for driving a vehicle without a proper exhaust and muffler system, and has received a seatbelt violation.