A student at the University of North Carolina at Greensboro got the scare of her life…but not from what she expected! The North Carolina college student, who had thought she had a ghost inside her off-campus apartment, found a creepy man hidden inside her closet, wearing her clothes. The woman, named Maddie, said she and her roommates initially thought a ghost was haunting the residence after she noticed her clothes disappear from her closet and handprints on the bathroom wall.

Maddie, who said she constantly locked her door, never saw a sign that anyone had broken in since the locks were intact. Greensboro police officers said that the 20-year-old thought a raccoon was in the closet after hearing rattling noises inside. When she asked who was on the other side of the door, the man allegedly answered, “Me. Oh, my name is Drew.”

Maddie opened the door and saw him on the floor wearing all of her clothes. Which, props to my man Drew for being so nonchalant about the whole situation and for allowing her to take a picture of him, which is just insane! Obviously, because NO ONE HAS TIME to take a picture of a man who was hiding in your closet for days! That’s how you die, girl!!!

But, no, it doesn’t stop there. Not only did she give her Twitter followers a little sneak peek of the man, but Maddie also managed to distract him until police arrived by giving him hats to try on and by asking him questions. Geez, Louise.

This is Andrew Swofford. A UNCG junior got home on Saturday, to find him in her closet, wearing her clothes. @myfox8 pic.twitter.com/n4PFMhtW2b

Police officers arrived at the Summit at the Edge Apartments, a student-only off-campus building, and arrested 30-year-old Andrew Clyde Swofford. According to authorities, Swofford was not violent or a threat to officers in any way at the time of his arrest. The ghost, I mean man, was booked into Guilford County Jail in lieu of a $26,000 bond. Swafford faced 14 felony charges including entering and breaking in, as well as identity theft, larceny, possessing stolen goods, and failing to appear in court in connection with previous cases.

According to Maddie, the building management changed the apartment locks in December, after a previous unexplained break-in. She and her roommate found two men inside their living room apartment who they didn’t know and notified property managers immediately. Which if it would have been me, I would have moved out of there and asked for my security deposit immediately.

Burkely Communities, which manages the building and student communities and apartment complexes in the area, believe the man entered through an unlocked window. Safe to say that the students are now planning to move out, because well like I said, I would too. Yikes, times 3! I bet they wish it was a ghost, now. Also…word of advice, maybe don’t stick around and wait for the police to arrive. Run, just run, girl. 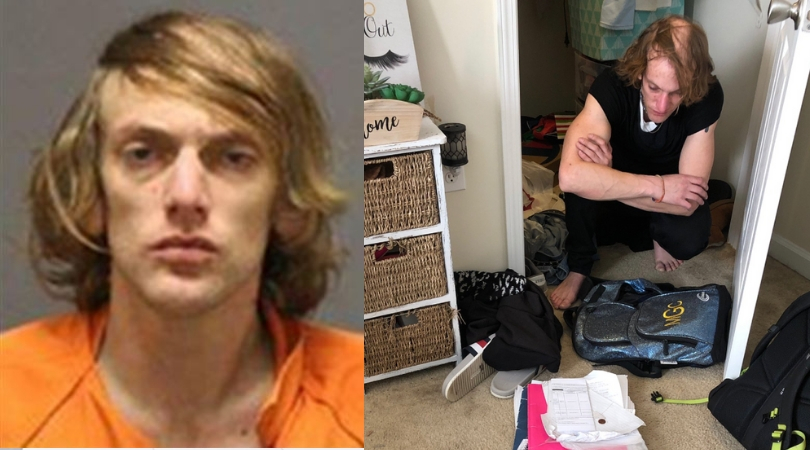