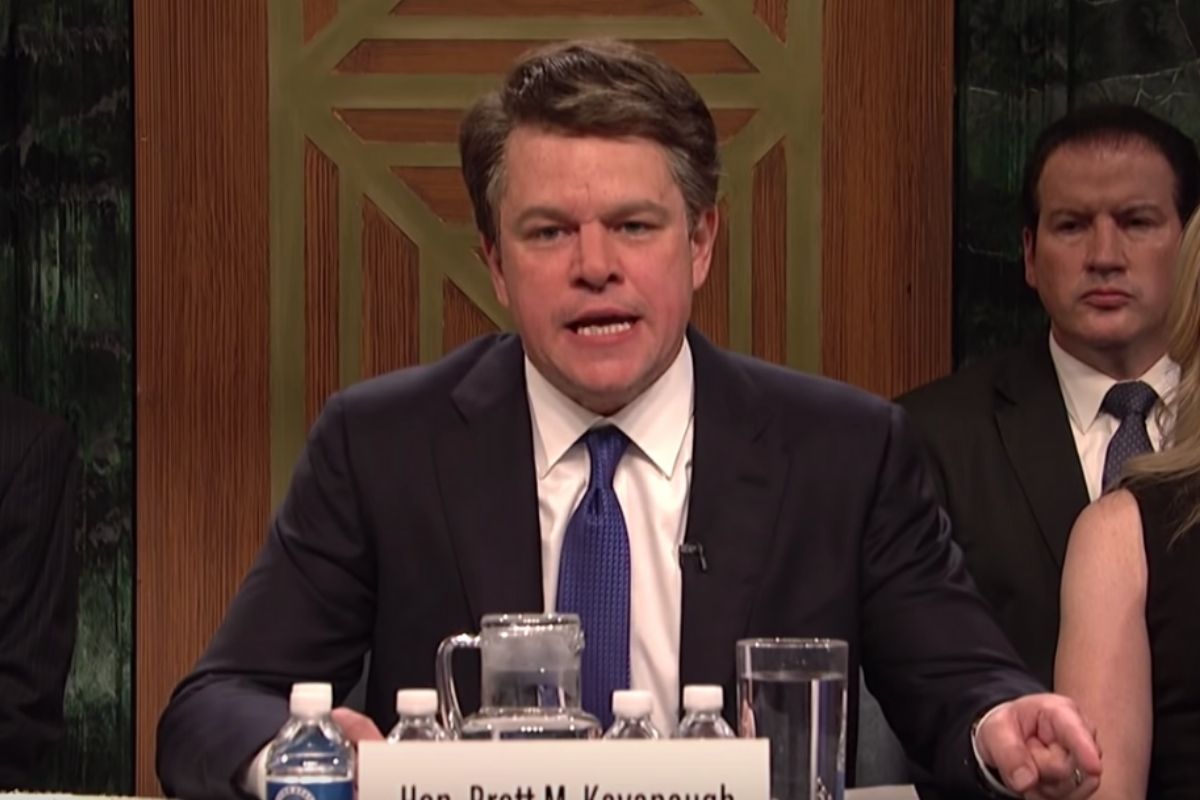 Whichever side you took on the circus that was the hearing to address Dr. Christine Blasey Ford’s sexual assault allegations against Supreme Court nominee Brett Kavanaugh, it’s hard to deny how hilarious Matt Damon was while portraying Kavanaugh’s animated testimony and questioning on Saturday Night Live.

Damon was not the host of SNL nor was his guest appearance announced ahead of time. His role in the cold open as Donald Trump’s Supreme Court nominee was a total surprise, as evidenced by the audience’s reaction.

The opening sketch went after everything from Kavanaugh?s love of beer in high school to actress Alyssa Milano appearing at the Senate hearings to Kavanaugh?s ?creepy calendars.? Damon?s Kavanaugh kicked things off by yelling that the hearings were “a political con job orchestrated by the Clintons,” went on to say he?s usually an optimist, or a ?keg-is-half-full kind of guy,? proclaimed that he “doesn’t know the meaning of the word “stop” and blamed, among others, Kathy Griffin, George Soros, and “Mr. Ronan Sinatra” (a reference to the rumor that investigative journalist Ronan Farrow’s biological father is Frank Sinatra) for the political theatrics he is forced to endure.

Even “Better” Than The Real Thing?

Damon’s rendition of Kavanaugh’s infamous “I like beer” speech was only slightly more unhinged than the actual one that the Supreme Court Justice presented during his hearing. Though Dr. Ford did not make an appearance as a character, she was referenced throughout the sketch. By the time Damon as Kavanaugh yelled “Live from New York! It’s Saturday Night!” he was barely able to keep himself from busting out laughing during his intense, tightly wound performance.

Matt Damon as Supreme Court Justice Kavanaugh is a pretty inspired choice, and the rest of the SNL cast members put in excellent performances.

This article was originally published on October 1, 2018.