RELATED: One of President Trump’s critics approached one of his supporters to make amends

The president began his speech with a familiar criticism of the “dishonest media.”

“I want you all to know that we’re fighting the fake news,” Trump said. He doubled-down on his criticism that fake news is the “enemy of the people.”

Trump praised his win, saying that it was a victory for conservative values.

The president then sought to define the political movement that elected him. He praised his supporters for their desire to see “America first.”

.@POTUS: "Our victory was a victory and a win for conservative values." #CPAC2017 pic.twitter.com/DuvxroOx01

Trump repeated his calls for tougher border security, the repeal and replacement of Obamacare, and a stronger defense. The president also touted his support for cutting regulations and putting Americans back to work through stronger protections of business and various industries.

According to the White House, Trump is the fourth president to address the Republican gathering. Trump was initially scheduled to speak at CPAC in 2016 alongside other Republican presidential candidates, but cancelled his appearance at the last moment.

Despite that, this is not the first time Trump has spoken at the event. He made his debut CPAC speech in 2011.

You can watch the full speech below: 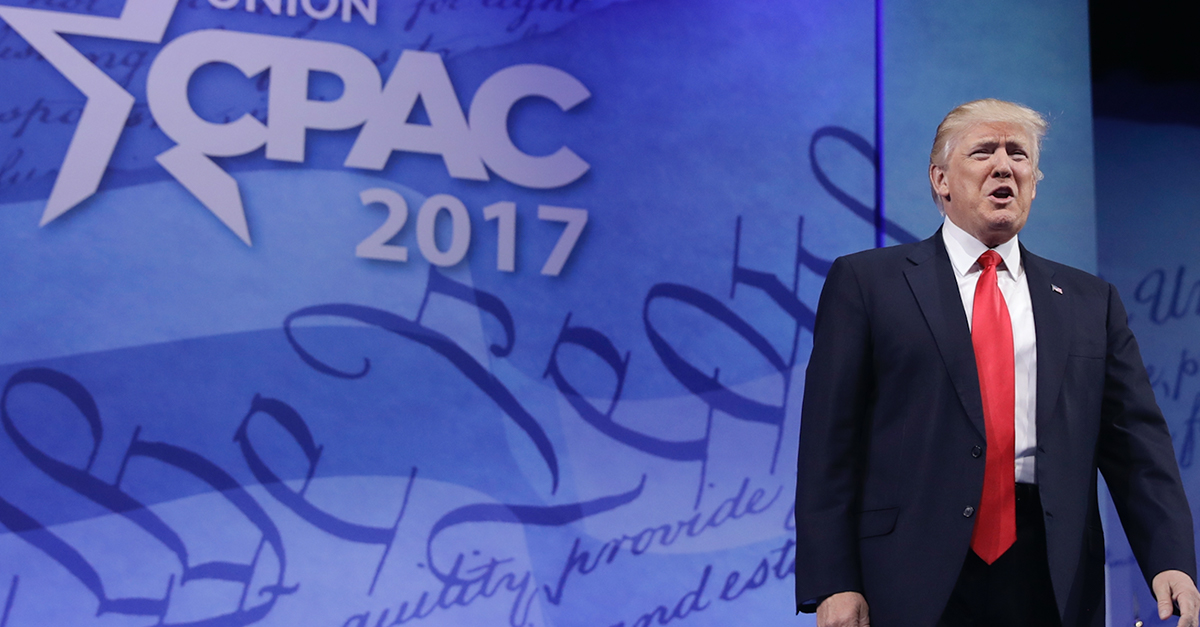