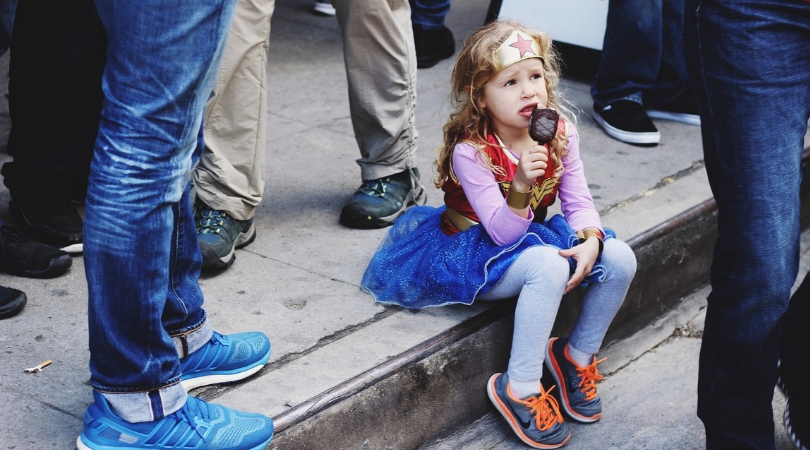 You know what is scarier than watching a zombie eat a bag of pretzels or Fun Dip? The Halloween laws in Virginia. Teenagers will receive the surprise of their life this Halloween, and no, I am not talking about candy. According to authorities, anyone 13 or older who goes trick-or-treating can be sent to jail to between 30 days and 6 months. Not only that, but according to Chesapeake laws, trick-or-treating after 8 p.m. can also result in fines ranging between $25 and $100.

Yes, you read that right. Although Chesapeake, Virginia code is strict, the city isn’t alone. In surrounding areas, going door to door and knocking expecting for a treat is actually a criminal offense. Newport allows the activity through seventh grade or for a 12 year-old-person, but after that, anyone participating in such ?negative behavior? is guilty of a Class 4 misdemeanor.

Halloween lands on a Wednesday this year, leaving most trick-or treaters of any age facing school the following day. Which is why Portsmouth is cutting the outing time, allowing children from 5 p.m. to 8 p.m. BUT, if you are going with a parent or a guardian, they can?t wear a mask of any type. God forbid they hide under that unrecognizable disguise and pretend to be a kid under 13, am I right?

Halloween was originated with the ancient Celtic festival of Samhain. It involved bonfires and costumes to ward off evil spirits and ghost. Pope Gregory lll designated November 1 as All Saints Day in 609 with the night before becoming Halloween, or All Hallows Eve. In the late 1800s, newspapers urged parents to take anything grotesque or fighting out, soon losing most of its? religious overtones and superstitions. So, by 1050, Halloween was a holiday celebrating mainly for the young.

Hence, In Virginia, that means everyone younger than the age of 13. Period.

(a) If any person over the age of 12 years shall engage in the activity commonly known as ?trick or treat? or any other activity of similar character or nature under any name whatsoever, he or she shall be guilty of a misdemeanor and shall be punished by a fine of not less than $25.00 nor more than $100.00 or by confinement in jail for not more than six months or both.

(b) If any person shall engage in the activity commonly known as ?trick or treat? or any other activity of similar character or nature under any name whatsoever after 8:00 p.m., he or she shall be guilty of a misdemeanor and shall be punished by a fine of not less than $10.00 nor more than $100.00 or by confinement in jail for not more than 30 days or both.

These rules are just bonkers! Authorities have turned a holiday that used to celebrate childhood independence, by going out on their own in ?grown-up clothing?, facing their fear of the dark, and getting to know their neighbors by getting goodie bags, into a big unnecessary nightmare.

This just makes it seem like anyone over the age of 13 is a potential hooligan, and anyone under the age of 13 is a potential victim, and any fun must be thrown out faster than a measly tampered Twizzler. Sorry, 13-year-old?s and up?.you?ll have to find your sneakers bar elsewhere. Try Walmart. You might also want to change your costume to an orange jumpsuit, that way if you get arrested, you won’t have to change.

Watch: The Lollipop Was Named After a Racehorse