Walmart Brawl Over PS5 Results in Woman Knocked Out Cold 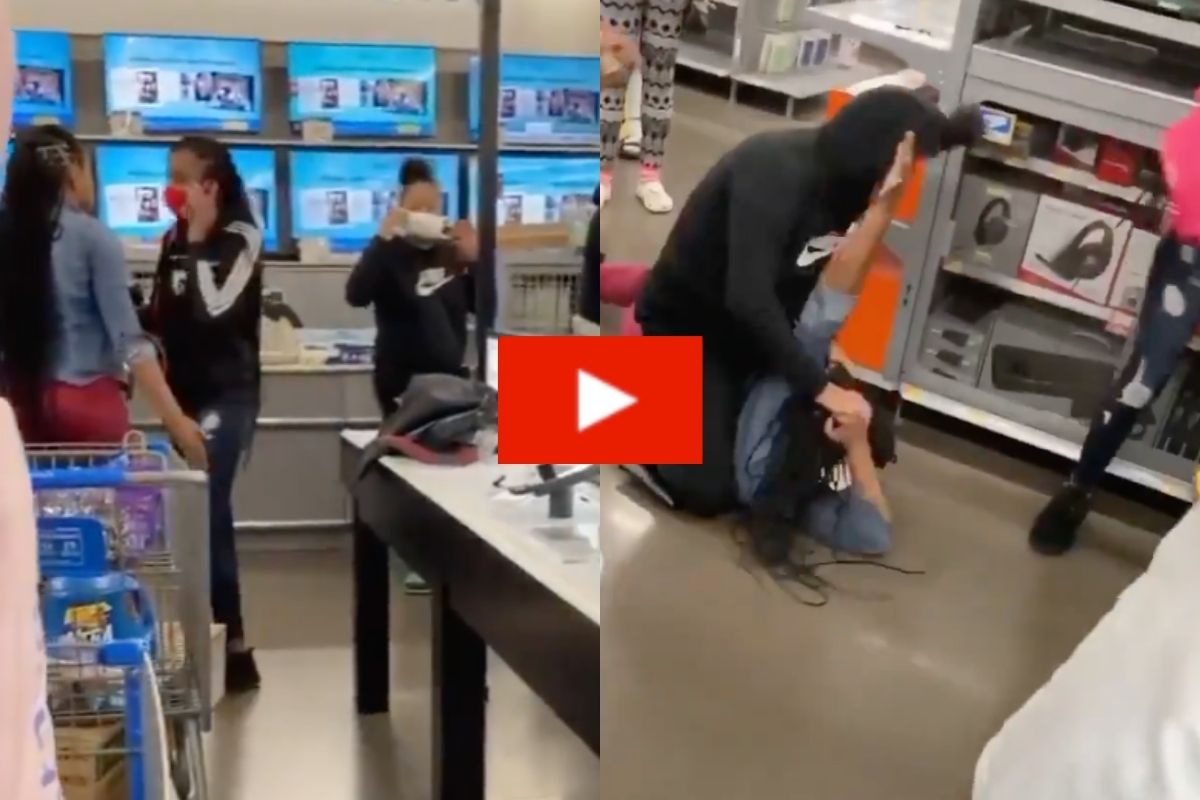 I simply cannot understand how people get into these types of ordeals. I can get pretty angry easily at rude people, but at some point, is whatever I’m getting upset over really worth the energy and time? I’ve got things to do and people to see! I don’t have time or resources to possibly land myself in jail from fighting someone at the mall over something. But lo and behold, people still do that, and it wasn’t like the release of the Playstation 5 was going to make anything different.

In Charlotte, North Carolina, things went south inside a Walmart store after a confrontation between two women escalated into exchanging fists into each other’s faces and resulting in a woman actually getting stomped in the face. According to TMZ, the women were fights over a PS5 gaming console, which gained a ton of popularity since its drop. In the video, you can see the woman with the long braids posting up, saying to the other woman in a black hoodie, “What the f*ck are you gonna do?”

The video shows a man in a motorized scooter trying to help de-escalate the situation, and another woman in a red face mask trying to intervene. But no one was going to calm these two down. Soon, in the array of hair being pulled and punches being thrown, the woman with the long braids appears to be knocked out cold.

Apparently, law enforcement finally showed up when this altercation went down a week ago, but no one was actually arrested because everyone had fled by the time police officers arrived. So, a few comments here:

I know holiday shopping can be stressful, but this holiday season is much different than the normal one! We are in the middle of the coronavirus pandemic still, and until COVID-19 vaccines are bulletproof and distributed to everyone, fighting over a video game console is still no excuse to pull your mask down and stomp on someone’s face. And besides, is the gamer life really worth almost getting in trouble and getting hurt? I think this is just ridiculous.