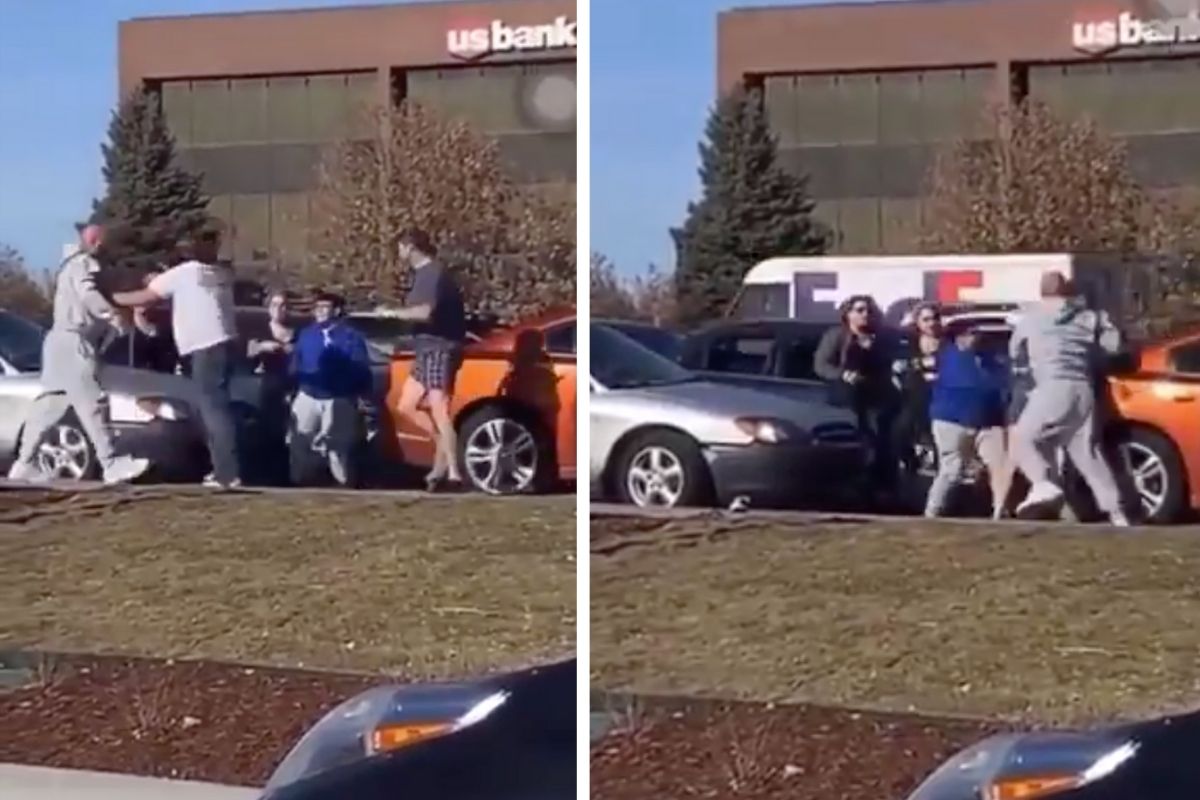 If you have never had In-N-Out Burger you’re seriously missing out. When I first moved to Austin, Texas, that was something I was looking forward, because everyone was talking about it. And I have to admit, they were right, it’s delicious. There’s something about their animal style fries that just makes everything better. So when a new location opened in Arvada Colorado this week, the demand became so hectic that police officers were called to the scene to manage this, let’s say, tasteful situation.

According to a report by local Fox News affiliate KDVR, several customers were waiting in line for 14 HOURS for some double-doubles. A 14-hour wait in a drive-thru? Yeah, I can understand why tensions were extremely high. But I mean, who is trying is trying to get stuck in a 14-hour line for a burger? Just wait a week and go to Popeyes to get a chicken sandwich, the long line will die down. Nobody has time for a grand opening in the middle of COVID.

Brawl Break out at the In-N-Out Grand Opening

Fight breaks out at the In N Out grand opening in Colorado, where sources say the line was 14 HOURS long😳 pic.twitter.com/EMiFW4TJ4a

So, before the end of the day, police officers had a break up a fistfight. Because, duh, people are impatient. According to the Aurora Police Department, they did their best to warn customers that they would be a wait time of at least 12 hours at the In-N-Out Burger if they stopped by. In the afternoon, the official APD Twitter account began advising people not to go to the fast-food chain since it would be closed by the time they made it to the window. The burger chain is usually open from 10 a.m. to 1 a.m. local time at all locations, with an extra half hour on the weekends. Other In-N-Out Burger locations are located in Los Angeles California, Southern California, Texas, Arizona, Nevada, and Utah, but this is the first restaurant to open in the Denver, Colorado location.

The eatery is located near East Alameda Avenue. But shortly after it opened, police needed to direct huge traffic at the scene. They advised customers that this kind of traffic jam was not for the faint of heart, asking them to consider supporting a local restaurant instead and trying an In-N-Out Burger later. So as expected, a fistfight broke out because people never listen. The now-viral video on social media shows two men fighting between cars, as one comes dangerously close to hitting his head on the concrete floor.

It’s official, traffic is double double animal style right now all around the mall. We are on hand helping manage the massive traffic response. Be patient and be kind. Maybe support another local eatery today and In-n-Out another day if traffic is too hectic for you. https://t.co/p2wlfhTvVM pic.twitter.com/e9QxnFaRdF

As two other men approached, the 5th person then came in and grabbed one of the men, ending the confrontation. It’s still not clear if any legal action was taken over this ridiculous fight. What I love most about this brawl is that one, it’s extremely ridiculous, men will be men, and two, one man was stranded without pants and had to work with it in front of all these people watching him. I’m sure he was embarrassed, but hey he’ll forget about it once he gets his tasty burger.

Sorry dude, I lost it a little watching you, but I hope you’re okay. Also…did we forget about the coronavirus pandemic? Just look at that drive-thru line of cars! Where are your facemasks? Can you imagine when an In-N-Out Burger opens up in New York City? Oh gosh.

Editors Note: This article was originally published on November 24, 2020.