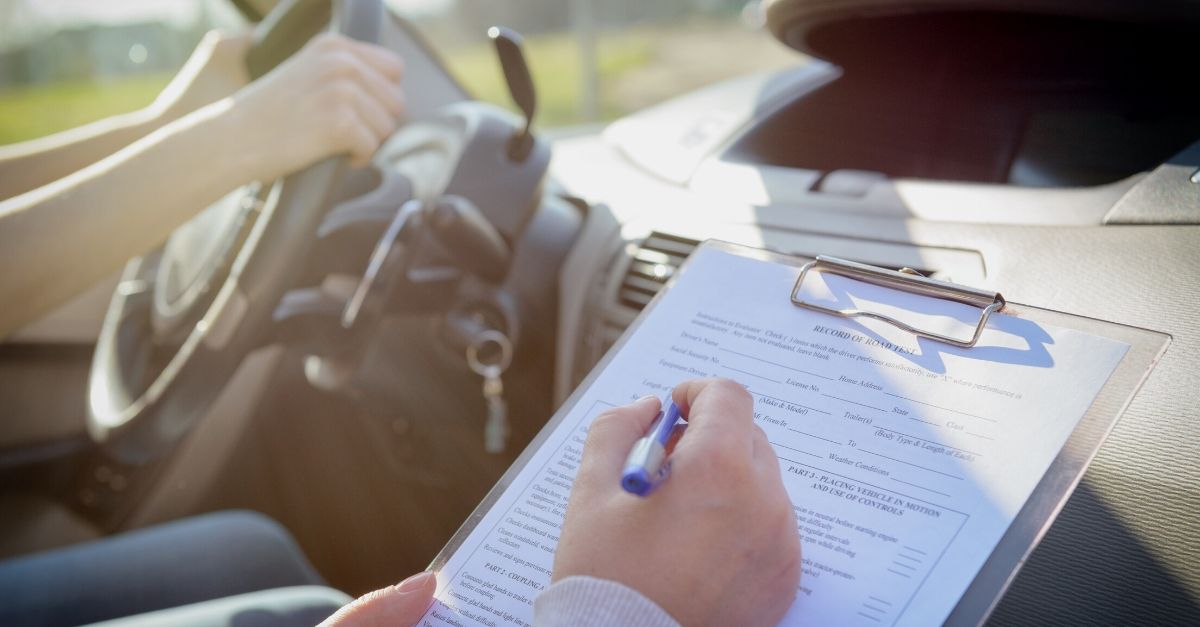 You might want to open your eyes a bit more when you’re on the road, Wisconsin. Turns out of the Wisconsin Division of Motor Vehicles is temporality waiving all road test requirements for new drivers due to the Coronavirus Pandemic. Yes, so basically now anybody can get a driver’s license without even checking to see if you can even identify what the yellow sign with squiggly lines is. Eek.

According to the DMV, those who have completed other training and education requirements will no longer have to participate in the time-honored road test. Through a briefing, Wisconsin DOT Secretary-designee Craig Thompson noted, “Teens who have completed required driver training may have their road tests waived.” The new pilot program is said to begin May 11.

Those eligible to have their test waived will still have to take the required amount of driver’s education classes, have permission from a parent or guardian, and complete behind-the-wheel training. The state’s GDL, also known as graduate driver’s laws, will remain in place. According to Thompson, due to the requirements of obtaining a license, the state is confident that this provision will not compromise safety.

In Wisconsin, allegedly 98 percent of teen drivers who were under 18 pass the road test on the first or second attempt. That being said, if a guardian or a parent thinks that their students still need a road test, they will be able to schedule one.

The department also will allow drivers who are at least 64 years old to renew their driver license online. https://t.co/hz97MTtqXs

The move comes after a similar announcement was made last weekend in Georgia, allowing 16-year-olds to get a license without driving test requirements. According to Governor Brian Kemp, the week-long suspension of in-person road tests has 30,000 teenagers waiting to upgrade from with the learner’s permit. This will allow drivers to move on to the next phase without having to take the road test.

In Georgia, one of the requirements for those seeking a driver’s license is they must have a written statement attesting they have completed nearly 40 hours of supervised training with the help of an adult or any professional instructor. The state believes that with dozens of hours behind the wheel, the vast majority of these teens easily clinch the road test, even though that won’t be required for the time being.

Watch: Heads Up! Your Driver’s License Needs a Star If You Want To Travel