A few days ago, I was scrolling through a Facebook page called “Donald Trump’s Dank Meme Stash” (I know – not my most productive five minutes of that day). One particular dank meme stood out. In it, a beat up old pickup truck sits in the woods, seemingly abandoned. Text on the picture, from the perspective of someone who repairs refrigerators for a living, laments wages that have barely kept up with inflation since the 1970s – and have fallen well behind in areas such as health care, education, and housing.

To what does this meme-maker attribute the inflation that has eroded his standard of living? The meme is silent on the question of causation. Like the meme-maker, millions of Americans feel pangs of economic distress, unsure of what went wrong. Unfortunately, Trump is channeling this pain into distractions like building walls and bad economic ideas like protectionism.

How do we respond to what Trump voters are going through? Some center-right pundits have gone so far as to declare that Trump’s working class base only has itself to blame for its pain. They conclude, “these dysfunctional, downscale communities…deserve to die.”

Such screeds, of course, aren’t going to convince their targets of anything.

But libertarians and liberty conservatives can, and need to, do better than that. Like it or not, the Trump movement has a base of millions that’s not going away anytime soon. Liberty minded people owe it to our ideas to find a way to win – and this will involve dialogue with the millions who support Trump, not impotent shrieking about how their communities deserve to die.

No, this doesn’t mean coddling the handful of racist provocateurs who, pursuing an entryist strategy, hope to drive the movement deeper into collectivist and authoritarian dead ends. Those are just a handful of people in a sea of millions. Most of those millions are not racists.

Many are politically active for the first time in their lives. Others are veteran tea party activists and others disillusioned by a Republican Party and beltway conservative intelligentsia they see as out of touch with their day to day experiences. We need to find a way to reach them and not lose them to the economic fallacies and scapegoating promulgated by Trump.

A lot of principled people in the liberty movement were caught off guard by the rise of Trump and his movement, leaving them disillusioned, angry, and questioning where to go from here. The instinctive reaction has been to see Trump supporters as inherently our opponents.

But what if we stop and listen to them with empathy instead?

Like in other interpersonal relationships, empathy is one of the keys to effective political outreach. Bill Clinton’s “I feel your pain” became the subject of conservative jokes for two decades, but the perception that he felt recession-mired early 1990s America’s pain helped lead him to victory.

Our dank meme creator is telling his painful experiences to the world. Are we listening?

Or, frustrated by this election, are we giving up on him and, as a result, ceding the battle for his heart and mind, losing him to Trump’s protectionist fallacies? Maybe if he, and the people like him in all our lives, feels genuinely heard then he will be able to hear different solutions to the problems he faces than the ones Trump offers. With his concerns about inflation, might we find opportunities to raise Ron Paul’s slogan of the two previous election cycles, virtually forgotten in 2016: End the Fed?

This won’t be easy. Trump has a louder voice than we do and that’s going to be tough to break through. But the populist energy of 2016 isn’t going away, regardless of who wins the White House in November.

Right now that energy is being channeled in the destructive directions of xenophobia and socialism (yes, we need to reach those Sanders supporters too). Thankfully, this passion has the potential to be diverted in a positive direction of peace, liberty, and sound economics. Whether there’s a chance of moving that energy in a pro-liberty direction is up to us and how effectively we engage the populist rebels.

Let’s roll our sleeves up and get to work.

Andrew Walker lives in Los Angeles and is a doctoral candidate in psychology. 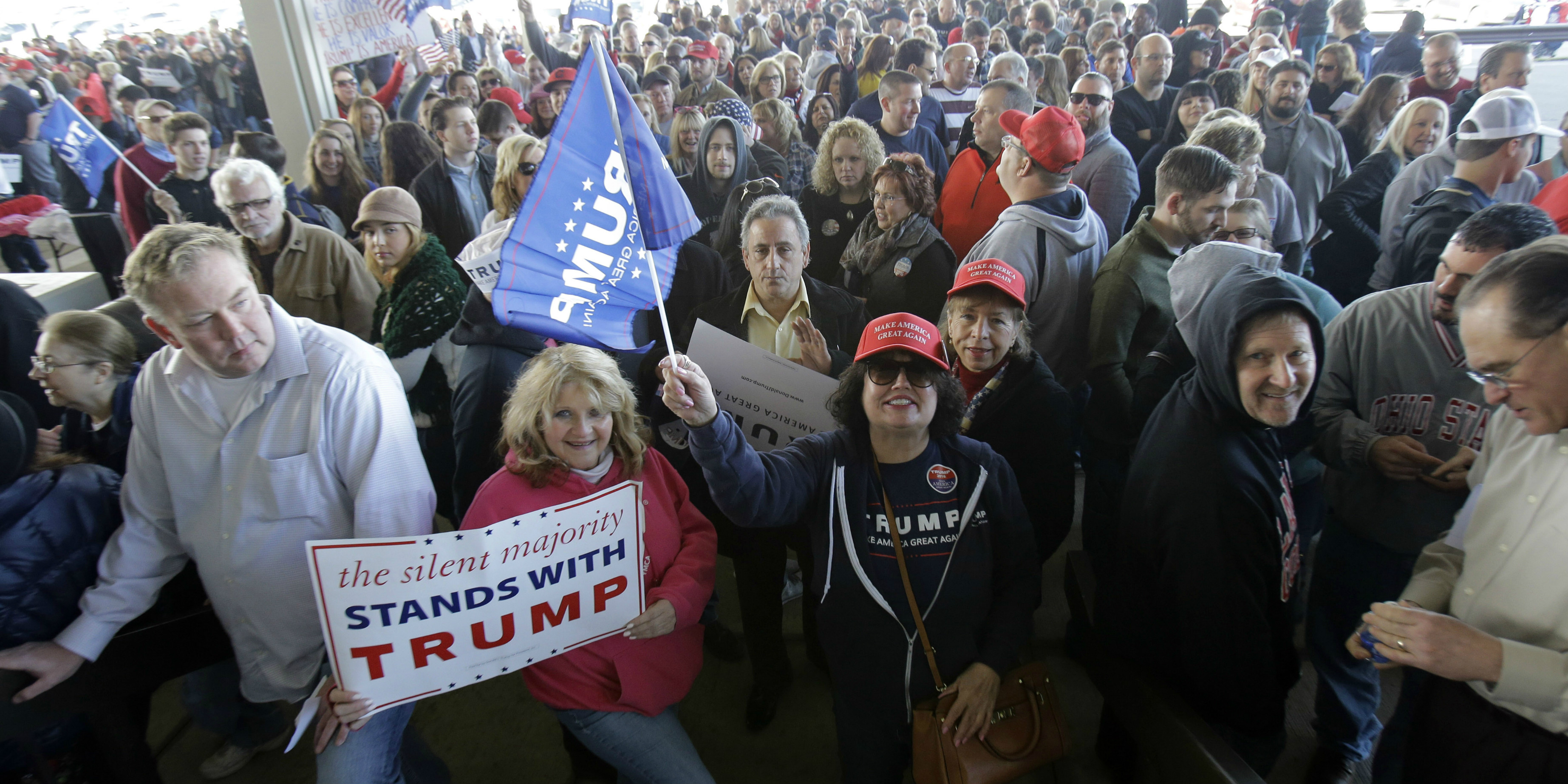