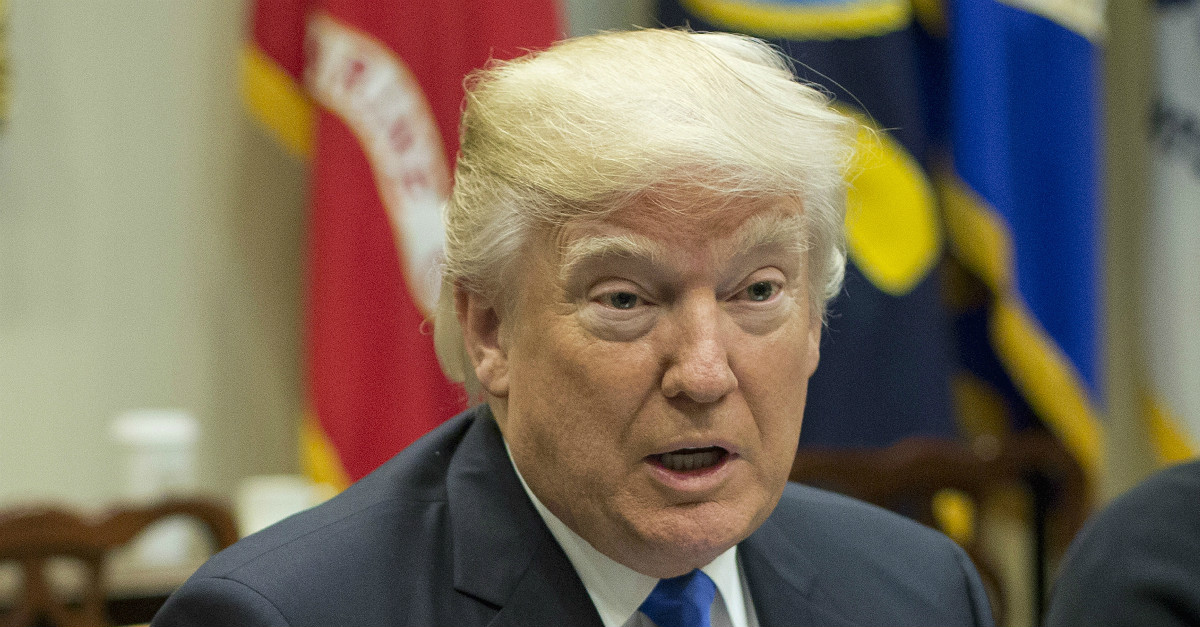 President Trump’s administration has so far functioned as something of an unintentional national civics class, and though there are fair criticisms to be leveled about why these lessons weren’t learned during the past two administrations, I’m happy to see it happening now.

This week, the topic of study is the role of the judicial branch, thanks to the ongoing court battle over Trump’s executive order temporarily prohibiting U.S. entrance from seven majority-Muslim countries plus all refugee admission.

When an appeals court upheld a lower court’s suspension of the order, Trump reacted with Twitter rage, a relatively unsurprising development after he responded to the first ruling by questioning the legitimacy of the “so-called judge” involved.

SEE YOU IN COURT, THE SECURITY OF OUR NATION IS AT STAKE!

According to Politico, Trump has “privately expressed disbelief over the ability of judges, bureaucrats or lawmakers to delay ? or even stop ? him from filling positions and implementing policies.”

Many Americans share that same disbelief, a new survey by Public Policy Polling finds, with fully one in four saying Trump should simply be able to disregard court decisions he doesn’t like.

Only 25% of voters think Trump should be able to reverse Judicial decisions that he doesn't like, 64% say no: https://t.co/SY2MAfuuiA

Among Trump voters specifically, one in two hold that view.

That is deeply unsettling.

It is bad enough that our president clearly intends to push the overgrown authority of the executive branch far beyond its constitutional limits, using and expanding every power grab precedent set by his predecessors from both parties.

But it is arguably even worse for the future of our political system that half of the voters who elected Trump are willing to completely toss out our Constitution’s checks and balances. Seriously, can you imagine the uproar among these very same people if President Obama had openly announced he would simply ignore the judiciary? If he claimed it’s cool for him to just override judges when he disagrees with them?

To be clear, Trump has not made that claim, though it certainly seems like he wants to. It should not be difficult for us to understand how disastrous that would be for the rule of law in this country if Trump, Obama, or literally any president ? no matter how good or bad we think their policies are ? did what 51 percent of Trump voters want their guy to do.

Trump’s Supreme Court nominee, Neil Gorsuch, made headlines this week when he labeled Trump’s “so-called judge” comments a “demoralizing” and “disheartening” reflection of this administration’s views on the independence and legitimacy of the judicial branch.

RELATED: Why we should listen when Donald Trump says America isn?t so innocent

That may have been a poor strategic move by a man whose nomination seems to be one of Trump’s best moves so far ? I wouldn’t put it past this president to un-nominate him ?  but he was quite right. These poll results are demoralizing and disheartening, too.

We will never have a responsible, accountable, just government if we cannot get past this sort of stupid, shortsighted partisanship in which all our principles go out the window when the party we prefer is in power. That is the most important civics lesson here.

It’s a lesson too many Democrats failed during the Obama years, and so far, Trump fans are on track to get a big, fat F.