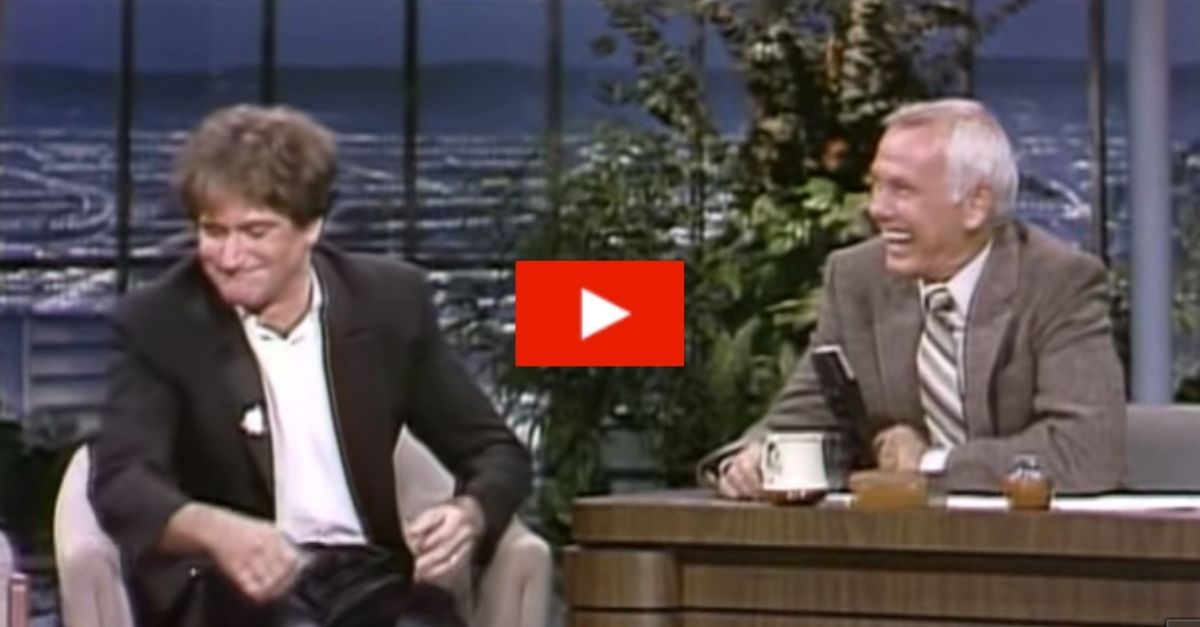 The Tonight Show Starring Johnny Carson is the late-night tv show goldmine for the best, most nostalgic interviews with the best celebrities in Hollywood to ever be remembered in entertainment history. The Tonight Show with Johnny Carson interviewing the funniest comedians will never get old, and Robin Williams definitely made a mark on the beloved classic talk show with all the appearances he had made.

His first appearance was on October 14, 1981, and he already coming in hot with the comedy. It was ironic to even be talking about getting nervous on stage as one of the most memorable and cherished comedians and actors of all time, considering outrageousness could always stem from a little pre-show anxiety, especially from a new show he would be on for the first time. But Williams proves very quickly that you would never be able to tell if he was actually nervous or not.

He returned again to the Tonight Show in 1982 and 1984, and the full episodes are, of course, hilarious. It’s crazy to think how one person can easily come up with some of the funniest moments, right there on the spot. It’s a special kind of talent in improv that I don’t think any kind of preparation could replace, especially since Robin Williams was one of the best at stand up comedy.

Nevertheless, Williams didn’t stop appearing on the late-night talk show. In 1991, he appeared another two times, still bringing extreme laughter and joy to the audience. Again, at this point, Williams has appeared on the show at least three times already, and it was still a big event for him to keep coming back.

The second time he appeared in 1991 was with Jonathan Winters, and the full episode was known for having some of the funniest moments in Johnny Carson’s Tonight Show history, possibly beating out the time Don Rickles surprised Frank Sinatra on the show. But maybe we’re biased because we love Robin Williams the most.

The last time Williams appeared on the late-night show was in 1992. In a sentimental finale, the penultimate full episode of the Tonight Show Starring Johnny Carson, it was only extremely appropriate to have Williams back on the show before it ended for good. Since it was the last episode with guests, it was such an honor that Williams was one of the last guests to appear and get interviewed on the show.

Luckily, with today’s modern technology and the age of social media, Johnny Carson’s Youtube channel brings back all the old memories we all love. Carson interviewed all the greats, and it’s worth going back through the channel to find ones with Tim Conway, Steve Martin, Burt Reynolds, Richard Pryor, and more. Antenna TV can never be replaced, and we’re just lucky it can be lived through Youtube forever instead of being lost in history.