Naked Lady Steals Sex Toy From Store, Proceeds to Use it in Public 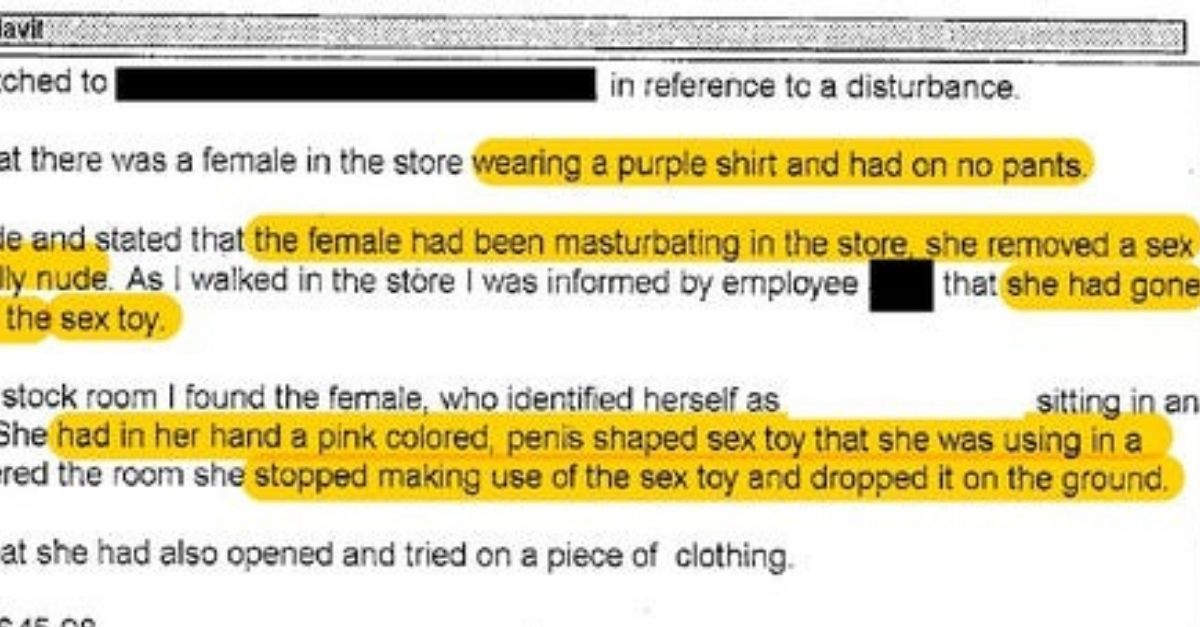 Well, this is truly one crazy and gross way to get arrested. According to authorities, a Florida naked woman is accused of stealing a sex toy and began using it inside the store. Straight out of a TV Show. Fort Pierce police were called to an undisclosed address for a disturbance when they ran into the little problem. Emergency dispatchers reported that a woman was sporting a purple shirt and had no pants inside the store. Employees stated that the woman removed the sex toy from the packaging and was completely naked (and probably high on drugs.)

According to an employee, the woman went into the store’s stockroom so nonchalantly, thinking it was her home. But nope, she indeed wasn’t. When police arrived they found the unnamed 36-year-old woman sitting in the office chair. According to the arrest affidavit, the woman had a pink-colored penis-shaped sex tody she was using in a “masturbatory manner.”  After the police officer went inside the room where she was, she quickly dropped the “personal accessory,” because well, she was probably embarrassed. The woman also reportedly opened and tried on a piece of clothing, as far as what that item was, who knows. I bet it was some sort of lingerie.

Oh, #Florida! Semi-nude woman steals sex toy from store, takes it back to stock room to try it out. https://t.co/iMk7Kh7Ubl via @OffTheBeatTweet

The total value of the two stolen items came out to $45.98. So, as expected, she was quickly arrested and given a misdemeanor charge of larceny and indecent exposure. Now, sharing my two cents here, I have to give it to this woman for really trying. But, why in the world would you decide to steal something and then stay in the store? The least you could have done is ran and then used it in the parking lot or something. Not in the store, rookie move lady, rookie move.