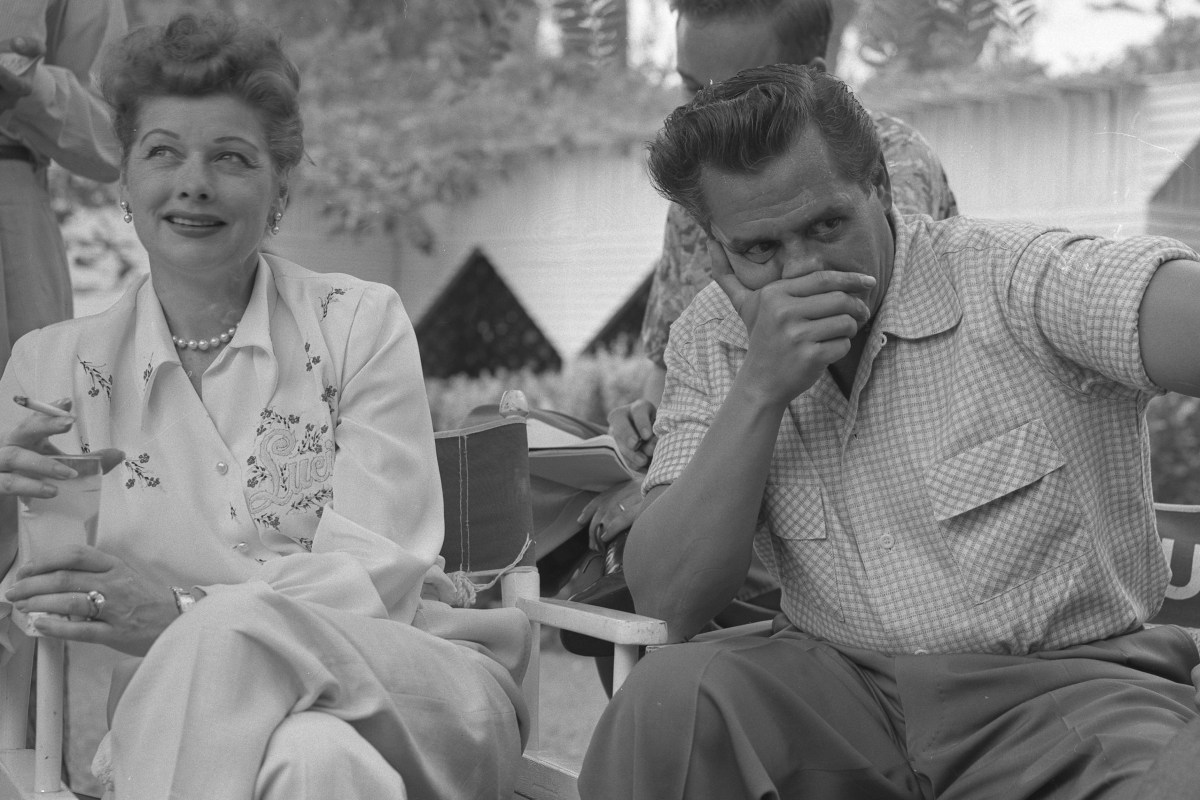 Comedienne Lucille Ball started in the entertainment industry as a model before performing on Broadway. She used the stage name “Diane Belmont”. Shortly afterward, in the 1930s, Ball was landing minor roles in RKO Radio Pictures, where she met Desi Arnaz, her longtime comedy partner and husband. Throughout her career, she broke many barriers and achieved several firsts including being the first woman to lead a television production company, Desilu, and with I Love Lucy, her show became the first to show a pregnant woman. Desilu Studio also produced television hits such as The Dick Van Dyke Show, Mission: Impossible, The Untouchables, Star Trek, and Make Room for Daddy.

Do you know what you’re going to be doing on August 6th this year to celebrate Lucille Ball’s birthday? Going to see the newly colorized I Love Lucy episodes on the big screen, thanks to CBS and Fathom Events! Coming to cinemas around the country on August 6th and for one night only, you can enjoy Lucy as she’s never been seen before – Check out this great article Lucie Arnaz recently did to highlight these upcoming screenings and get a glimpse into the personal life of the woman behind all the magic. (And make sure to check out @thelucylegacy for more info and a fun giveaway!) https://tinyurl.com/y6avkbfs @cbstv @fathomevents #luciearnaz #onenightonly #ilovelucy #incolor #lucilleball #desiarnaz #getyourtickets #thelucylegacy #comedyhistory #bigscreen

A post shared by Lucie Arnaz Luckinbill (@luciearnazofficial) on Aug 3, 2019 at 9:10am PDT

Perhaps the most talked-about part of Lucille Ball’s Hollywood life was her marriage to Desi Arnaz. After auditioning but failing to get the role of Scarlett O’Hara in Gone With The Wind, she got the lead role in Too Many Girls. The musical movie featured Desi Arnaz and the two fell in love. They eloped after being together for six months. Shortly afterward, when Ball was voicing a quirky wife character on a radio show, My Favorite Husband on CBS Radio, CBS suggested she adapt it for television. She suggested her real-life husband, bandleader Desi Arnaz for the role. Initially, the network didn’t think that a show portraying an interracial relationship between a Cuban man and an “All American” redhead woman would be received well by American viewers. However, after the couple successfully toured with their Vaudeville act, CBS agreed to produce the Desilu Productions (a combination of Desi and Lucy’s names) sitcom, I Love Lucy. The TV show was a lifeline to Ball for multiple reasons. It gave her a chance to launch her career in entertainment and leave behind her reputation of being a “B-lister”. It was also a chance to salvage her marriage to Desi. Hectic and often opposite work schedules, and Desi’s proclivity for alcohol, strained their relationship. The couple had two children during the filming of I Love Lucy. Like many couples, the Arnazes did not stay together. At Ball’s request, they divorced in 1960 due to Desi’s alcoholism and womanizing. The pair did remain close and feel positively towards each other.

After her final role with husband Desi Arnaz, The Lucy-Desi Comedy Hour, the two divorced. The next year, she starred in a Broadway musical called Wildcat. After she fell ill, however, the show was permanently canceled. Wildcat is where she met her second husband, Gary Morton. She married him the year after she and Desi Arnaz divorced. Morton was a Borscht Belt comic who was 13 years younger than Ball. She taught him how to produce and made him apart of Desilu.

Lucille Ball had two kids. Both of them were from her marriage to her first husband, Desi Arnaz. The kids are named after each of them. A daughter Lucie Arnaz and their second child, a boy, was named Desiderio Alberto Arnaz VI or Desi Arnaz Jr. Both children pursued careers in entertainment. In a sweet tribute to their parents, they both were involved in Lucy and Desi: A Home Movie, a documentary.