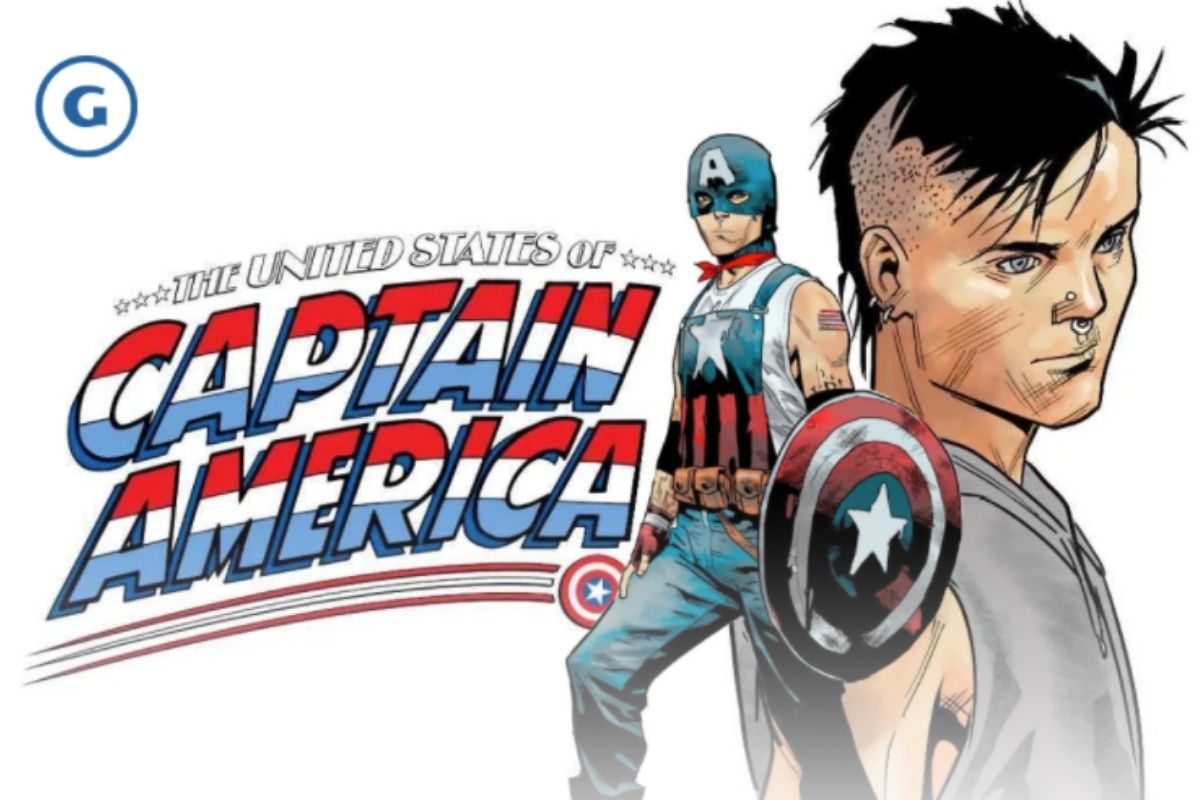 Marvel Comics is celebrating its 80th anniversary of Captain America, and it’s changing things up a little this time. In a new limited series, a new superhero named Aaron Fischer will debut on June 2nd as “the United States of Captain America.” And he is a gay superhero, being the first LGBTQ Captain America ever.

In the new series, the original Captain America Steve Rogers will team up with Captain Americas of the past. This includes characters such as Bucky Barnes, Sam Wilson, and John Walker. Together, they will travel across America to find Captain America’s stolen shield, and along the way, they will meet others who are, “everyday people from all walks of life,” in embodying the concept of Captain America in order to defend their communities.

The series is being written by Christopher Cantwell with artwork done by Dale Eaglesham, who will team up with a different pair of writers and artists for every issue. Each new issue will also feature a new hero with a new storyline, to emphasize that everyday people can also be heroes.

The first issue will honor Pride Month with Aaron Fischer’s debut and was co-written by Joshua Trujillo with art by Jan Bazaldua. Trujillo said, ?Aaron is inspired by heroes of the queer community: activists, leaders, and everyday folks pushing for a better life. He stands for the oppressed, and the forgotten.?

Fischer isn’t the first gay superhero to hit comic books. The first openly gay character from Marvel Comics is actually a member of the X-Men called Northstar, along with Iceman. But now, Fischer will join other LGBT queer superheroes in helping LGBTQ representation in the Marvel Cinematic Universe (MCU), as Trujillo had explained.

I can't wait for you to meet Aaron Fischer! Working with @obazaldua has been a dream, and I'm beyond honored to introduce him into the Marvel Universe.

THE UNITED STATES OF CAPTAIN AMERICA comes out in June! Check out this @ArtofNickRobles cover!! 🏳️‍🌈💕🇺🇸 https://t.co/76qmxVCue9

Aaron Fischer’s mask is similar to Captain America’s, but he sports multiple tattoos and piercings, as well as a mohawk. He also has a white star printed on his overalls. Fischer was designed by Bazaldua who said, ?I want to thank Editor Alanna Smith and Joshua Trujillo very much for asking me to create Aaron. I really enjoyed designing him, and as a transgender person, I am happy to be able to present an openly gay person who admires Captain America and fights against evil to help those who are almost invisible to society.?

The artist also mentioned that while Captain America, ?fights against super-powerful beings and saves the world almost always, Aaron helps those who walk alone in the street with problems that they face every day,” and that Fischer is, ?fearless teen who stepped up to protect fellow runaways and the unhoused,? as well as the ?new LGBTQ+ hero.?

Alanna Smith responded to a Twitter user who asked specifically if Fischer’s queer character was transgender or a cisgender gay man. Smith clarified that, ?since the release says he is LGBTQ+, which is not exactly how that works, that Fischer is a ?gay cisgender man,” and that, “the release could have been more precise about that.”

We have more to look forward to in the MCU from Marvel Studios and Hollywood as the Falcon and the Winter Soldier, a show spinning off from the superhero movie, the Avengers, will now stream on Disney+ on March 19. You can also catch Wandavision on Disney+ and anticipate the new Marvel movie the Eternals to come out later this year.