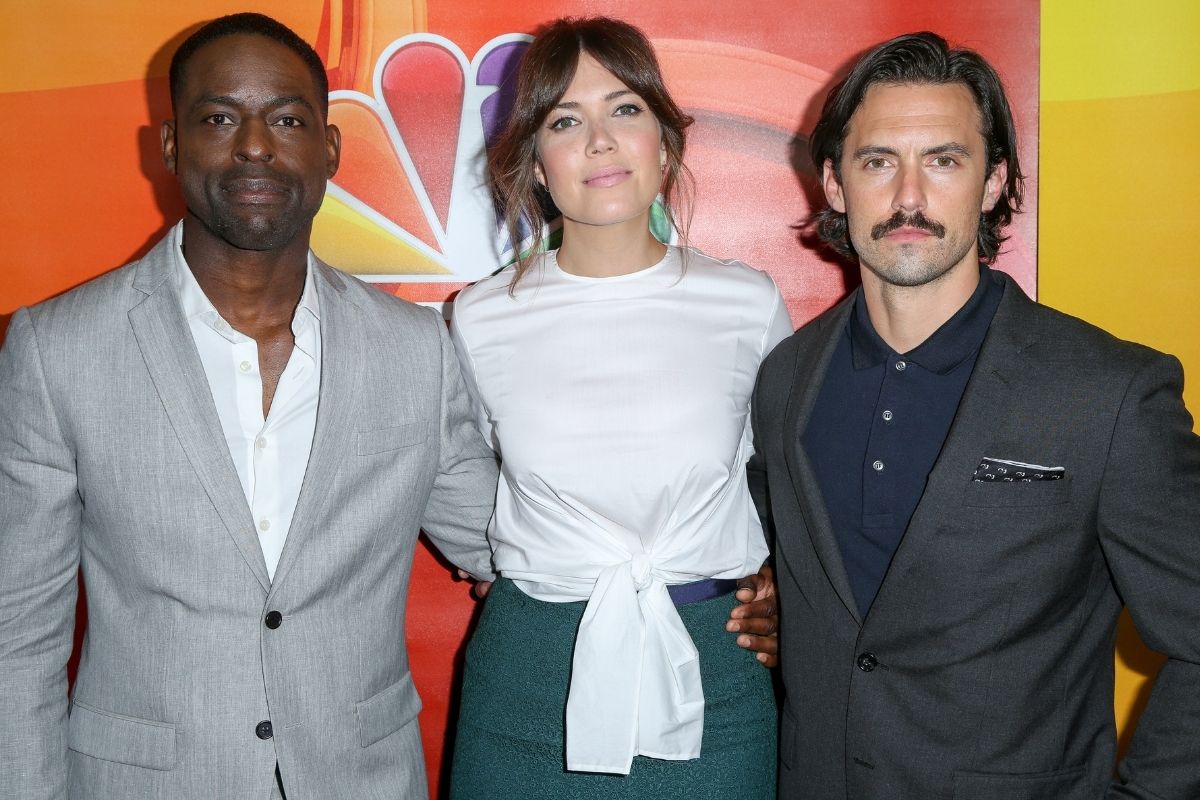 It’s been more than four years since we met the Pearson family for the first time on the pilot of This Is Us. Created by Dan Fogelman, NBC’s beloved family drama has followed the lives of Kevin, Kate, and Randall (aka the “Big Three”), and their parents Jack and Rebecca Pearson. The show skips back and forth between eras, jumping from present-day plotlines back to past storylines from the siblings’ childhood and their parents’ lives before they were born. Because of the way the show plays with time, we get to see different versions of different characters depending on the decade the episode is set in. Cool? Yes. Hard to follow? Sometimes.

Unfortunately, NBC announced this week that the award-winning and top-rated drama series will come to an end after tits sixth season. According to the Hollywood Reporter, the network is set to announce that the series, created by Dan Fogelman, will close its run during the 2021-22 broadcast period. Back in May 2019 after renewing the show for three additional seasons, several sources told The Hollywood Reporter That season 6 would likely be the last from Milo Ventimiglia, Sterling K. Brown, and Mandy Moore. To make sure you are up to speed as we move deeper into season 6, we’ve created a guide to the This Is Us cast and their characters.

Jack Pearson is the husband of Rebecca Pearson, the biological father of Kevin and Kate, and the adopted father of Randall. In a heartwrenching, post-Superbowl episode during Season 2, we watched Jack Pearson (played by the Emmy-nominated Milo Ventimiglia) meet his tragic end after rescuing his family from a fire. But the loveable-but-flawed dad lives on in the form of flashbacks to his service during the Vietnam War. Ventimiglia is not only an actor but a director and producer as well.

He gained heavy recognition as Jess Mariana on Gilmore Girls and as Peter Petrelli on NBC’s Heroes. For his amazing portrayal of Jack Pearson, Ventimiglia has received three Primetime Emmy Awards for Outstanding Lead Actor in a Drama Series nominations. In 2018 and 2019, he won two Screen Actors Guild Award for Outstanding Performance by an Ensemble in a Drama Series as part of the This Is Us cast.

Rebecca Pearson is the wife of Jack Pearson, the biological mother of Kevin and Kate, and the adopted mother of Randall. Mandy Moore has played Rebecca Pearson through many different stages of her life, from a single, energetic singer in her early 20s to a grandmother in her 90s afflicted with Alzheimer’s. While the show brings in younger actors to play childhood versions of Kevin, Kate, and Randall, Rebecca is portrayed only by Mandy Moore wearing different makeup.

Moore is no stranger to the Hollywood eye, rising to fame as a singer when she was only 15-years-old. Ever since then, the star only grew into her famous footsteps. She went on to release seven more albums, with Silver Landings being released in early 2020. She made her film debut in 2001 voicing for Dr. Dolittle 2 before starting as Lana Thomas in The Princess Diaries. She then went on to star in one of her most successful roles A Walk to Remember. Other notorious works include Chasing Liberty, The Darkest Mind, Because I Said So, and Tangled. Moore was nominated for the Golden Globe Award for Best Supporting Actress and the Primetime Emmy Award for Outstanding LEad actress in a Drama Series, as well as two Screen Actors Guild Awards for Outstanding Performance by an Ensemble in a Drama Series. In 2019, the actress was awarded a star on the Hollywood Walk of Fame. She is currently expecting her first child with her husband Taylor Goldsmith.

One of the “Big Three” siblings, Kevin Pearson is the son of Rebecca and Jack Pearson. Kevin is Kate’s twin brother and Randall’s adopted brother. Justin Hartley plays dreamboat Hollywood star, Kevin Pearson. Over the seasons, we’ve followed Kevin through his struggles with recovery from alcoholism, painkiller addiction, and his father’s death. During the season 4 finale, we learned Kevin is going to be a father when his girlfriend, Madison Simons (Caitlin Thompson) reveals she is pregnant with twins.

Hartley is known for portraying Fox Crane on the NBC daytime soap opera Passions, Oliver Queen/ Green Arrow on Smallville, and Adam Newman on The Young and the Restless. In 2018 he married actress Chrishell Stause after dating for more than four years. Unforutnlay, Hartley filed for divorce, citing irreconcilable differences. Stause filed for dissolution of the marriage in December 2019.

Another member of the “Big Three” siblings, Kate Pearson is the daughter of Rebecca and Jack Pearson. Kate is Kevin’s twin sister and Randall’s adopted brother. Over the last four years, we’ve watched Kevin and Randall’s past, present, and future. Their sister, Kate (Chrissy Metz), hasn’t been in all three storylines — though we’re expecting to see more of her during season 5. So far, much of the conversation around her character has been her journey with weight loss and motherhood.

Metz is also a singer and has a band, Chrissy and the Vapors. She appeared in the film Breakthrough, working with producer DeVon Franklin. The movie is based on the book written by Joyce Smith telling the story of how a mother thanks God for bringing her son back to life through prayers.

The final member of the “Big Three” siblings, Randall is the adopted son of Rebecca and Jack Pearson. Randall is Rebecca and Jack’s adopted brother. Behind his exterior as a loving husband and dorky dad, Sterling K. Brown’s character, Randall Pearson, is dealing with some complex stuff. Even though he’s battled anxiety, panic attacks, and a rehabilitating desire to be perfect, Randall has so far avoided seeking help, choosing instead to use running as a coping mechanism. Even though things weren’t going so great for Randall at the end of season 4, when he and Kevin get in a big fight, he had a major epiphany during the season 5 premiere.

Brown portrayed Christopher Darden in The People v. O. J. Simpson: American Crime Story back in 2016. For his portrayal of Randall, he earned a Primetime Emmy Award and a Golden Globe Award. He played supporting roles in Waves, Black Panther, and The Marvelous Mrs. Maisel. In 2018 he was featured in Time magazines’ 100 Most Influential People.  In June 2017 he married actress Ryan Michelle Bathe, whom he met as a freshman at Stanford. The couple has two sons.

Beth Pearson is Randall Pearson’s wife. Beth Pearson, portrayed by Susan Kelechi Watson, gives up her hopes of being a dancer after meeting Randall. Beth has told Randall that she feels like she is always compromising her dreams for his. Beth and Randall have three kids: Deja, Annie. and Tess Pearson. Watson is known for her work on the TV show Louie before staring in This is Us.

She also had recurring roles on The Following, NCIS, and The Black List. In 1005 she appeared in a play at the American Airlines Theater in New York City called A Naked Girl on the Appian Way by Richard Greenberg. She also played Andrea Vogel in Fred Rogers’ biopic, A Beautiful Day in the Neighborhood alongside Hollywood star Tom Hanks.

Toby Damon is Kate Pearson’s husband. Chris Sullivan portrays Toby Damon, Kate’s ultra-devoted, ultra-demonstrative husband. Toby and Kate are parents to a visually impaired son named Jack, named after his father. He first gained attention for portraying Tom Clearly on The Knicks. He later went on to play Taserface in Guardians of the Galaxy Vol. 2 and Benny Hammond in Stranger Things. He starred in single episodes of several TV shows in including Elementary, Law & Order: Special Victims Unit, and The Americans. Fun Fact, he is actually the voice of the camel in the popular Hump Day ad by GEICO.

Miguel Rivas is Jack Pearson’s colleague and friend. Miguel Rivas, played by Jon Huertas, was Jack Pearson’s best friend before he died. After Jack dies, Rivas gets romantically involved with his widow, Rebecca, and becomes a stepdad to Kevin, Kate, and Randall. Huertas is best known for his role as Brad Alcerro in Sabrina the Teenage Witch, Sergeant Antonio Espera in Generation Kill, Joe Negroni in Why Do Fools Fall in Love, and as homicide detective Javier Esposito in Castle.

Editors Note: This article was originally published on December 3.,2020. It was updated to announce the end date for ‘This is Us.’

Watch: ?Eight Is Enough?: Where is The Cast Today?