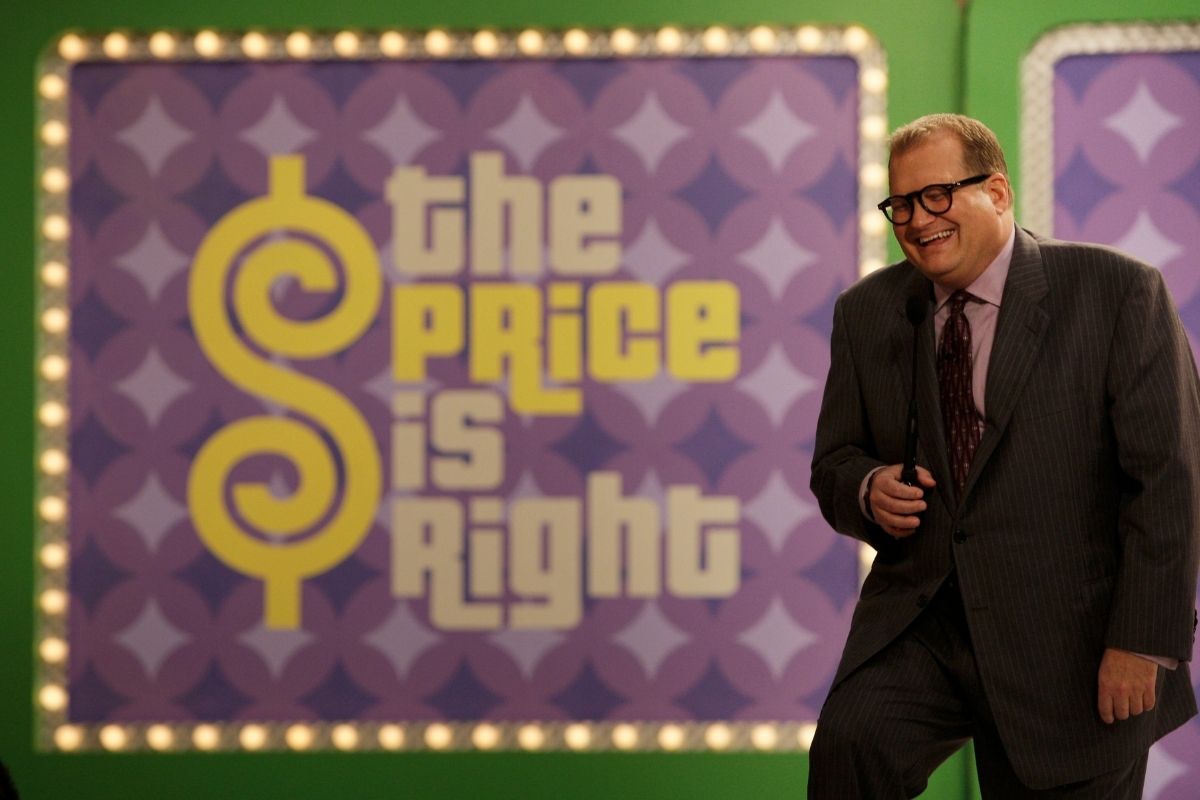 The Price Is Right is a CBS game show that we all have seen and loved for years and years. There’s a guy with an old school-looking mic, a super colorful wheel, and people trying to win that what’s behind the door, bus, or whatever obstruction creatively used to hide the prize. If you’ve ever wondered about the cast of The Price Is Right, you should know that the show not only features female models, but also male models!

Originally from The Drew Carey Show and the comedy circuit, host Drew Carey replaced longtime host Bob Barker back in 2007. You may also have recognized his face from Whose Line Is It Anyway? before he was telling contestants to “come on down,” a show that he produced and hosted in the early 2000s.

Gray serves as the game shows’ announcer. The earlier show’s narrator was Rod Roddy. He was before known as the host of the early 2000s game show, The Weakest Link and Junkyard Wars. These came after a list of many reality-style shows he hosted, including $25 Million-Dollar Hoax and What’s With That House?. He was also a co-host of the Jerry Lewis Muscular Dystrophy Association telethon.

The Price is Right Female Models

The cast for the television game show now includes The Price is Right models. There were new models every few weeks, until 2008 when Janice Pennington and Kathleen Bradley were unlawfully fired. There was also drama with Holly Hallstrom and Anitra Ford. These models were initially referred to as ‘Barker’s Beauties’ from 1927-2007.  After the lawsuit, they were referred to as The Price Is Right models.

The former Miss Teen USA and Miss Washington, Amber Lancaster has been on the show since 2008. Prior to her pageant days, she was also a Sea Gal, a cheerleader for the Seattle Seahawks. The busy pageant queen also dabbles in acting. She was also on The Bold and the Beautiful, Days of Our Lives, MTV’s The Hard Times of RJ Berger, Community, and the film Redline. Her modeling career extends into Maxim, People, Life magazines. She also made Maxim’s “Hot 100 List.”

Originally from Medellín, Columbia, Aarbelaez joined The Price is Right cast in 2006 after being a finalist on show’s model search. She has a few IMDB credits, including a small part in the Jack and Jill film, The Bold and The Beautiful, and a few music videos. She is also, consequently, the show’s first Hispanic model. Aarbelaez has amassed a couple of awards, such as “the hottest game show eye candy” according to Complex Magazine and modeled trophies at the 54th Grammy Award.

Reynolds is from Mandeville, Louisiana, and is a graduate of Louisiana State University, where she was a student-athlete. Her acting career also includes The Bold and the Beautiful, How I Met Your Mother, the film Jack and Jill, and The Ellen DeGeneres Show. She is a Venus swimwear model and a spokesperson for L.A. Fitness– and has been featured on Fitness RX Magazine. Her husband, David Dellucci, is a professional athlete, a retired major league baseball outfielder. She has a daughter, Ruby Rey, who the couple welcomed in 2013.

The Price is Right Male Models

In 2013, the show launched a search contest called the “Male Model Search” and hired their first male model, Rob Wilson. Since then, they’ve had multiple male models onboard, recruiting even outside of the United States.

Wilson was first winner of TPIR‘s male model search and hails from Boston, Massachusetts. He won the contest over 245 other competitors and worked on the show from 2012-2014, training his successor. He started his acting career by starring in shows such as The Middle, The Secret Life of the American Teenager, Melissa and Joey, The Suite Life on Deck, The Social Network, All My Children, Days of Our Lives, and many more. He is a model signed with LA Models.

After TPIR’s online contest’s “Male Model Search” began, the show welcomed its first male models. James joined the show in 2014, after winning the model search. The Australian grew up watching the show’s Australian counterpart. Before he made his way to the U.S., he was an industrial designer. He’s also made appearances on the soap The Young and the Restless, various films, plays, commercials, and shorts.

Goda’s from Pittsburgh, Pennsylvania, and grew up as an athlete, eventually playing football at Slippery Rock University. He then signed with the Baltimore Ravens, briefly playing before sustaining an injury, which then led him into modeling. From Calvin Klein, Macy’s, and Under Armour, he’s landed several big gigs. He now lives part-time in Los Angeles and New York City.