Drew Barrymore is Getting Her Own Daytime Talk Show! 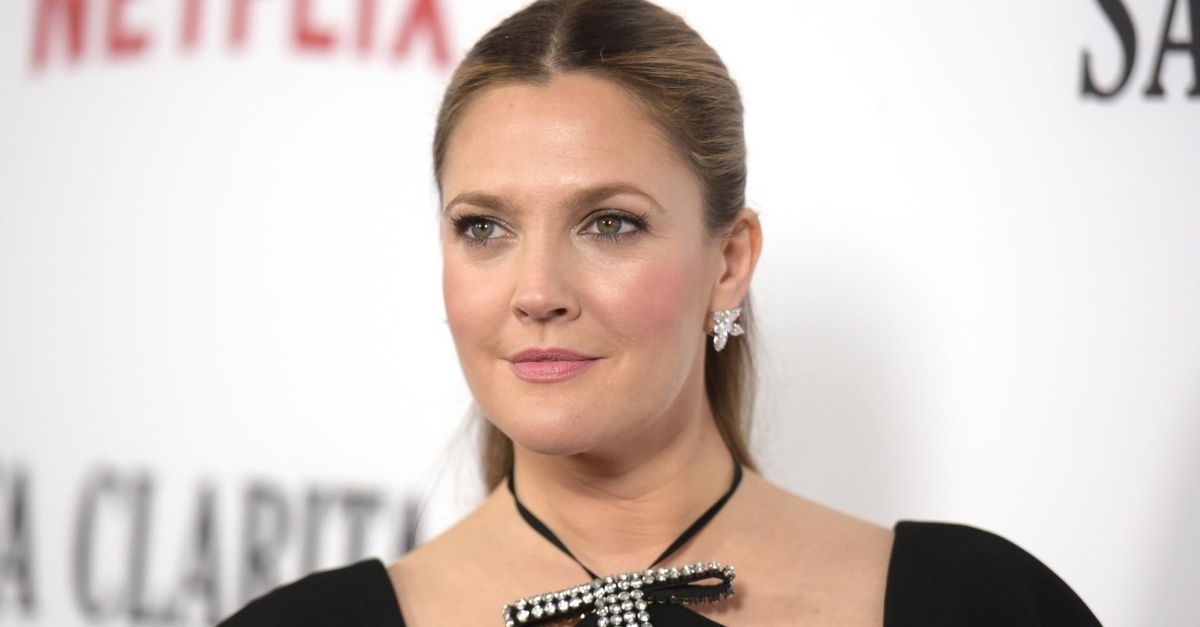 For as long as I can remember, I have been a huge fan of Drew Barrymore. Ever since I saw her on E.T. as a 7-year-old cute blonde girl, I’ve been obsessed with her. Let’s not forget about her iconic role in Charlie’s Angel which pretty much made every girl want to be her at that point. There is just something about her that radiates sunshine and happiness that just makes you want to be friends with her. So when I heard that she’s getting her own TV show, I pretty much lost it.

Barrymore shared an exclusive promo of the CBS Television’s The Drew Barrymore show which featured the 45-year-old actress interviewing her little 7-year-old self. The promo uses footage from Barrymore’s classic appearance on The Tonight Show starring Johnny Carson, with a grown-up Barrymore swapped in for Carson. The Hollywood actress was on the show back in 1982 following her role in Steven Spielberg’s film.

Hello! @DrewBarrymore can’t wait for The Drew Barrymore Show to premiere September 14 (check your local listings!), so she’s kicking things off early for fans with this exclusive message. Visit the website https://t.co/tPeMD5xtJg to keep up! #DrewBarrymoreShow pic.twitter.com/0ISJaF7lBv

The Drew Barrymore Show is set to launch on September 14, and according to her is described as, “optimism TV, bringing information, information, and entertainment to the daytime audience… celebrating every part of humanity along the way.” As far as what the daytime talk show will include, producers noted it will follow human interest stories, lifestyle segments, happy news, and of course celebrity guests. Personally, I’m quite excited about who she will bring on the show. If you follow her on social media you can see that she always surrounds herself with people who radiate positive energy. So if we can have that kind of positivity and kindness on TV, I am all for this.

Barrymore released a digital lineup and videos ahead of the new talk show, including several behind-the-scenes of the making of the talk show. She also showed conversations with talk show hosts who inspired her which included Andy Cohen, Gayle King, Whoopi Golderb, Jimmy Fallon, and Sean Evans. You can watch her videos available on the Drew Barrymore Show website.

If you want to make a #GoodBurger in real life, check out these tips from @alvincailan that helped @DrewBarrymore build a burger so good our emoji is jealous. 🍔 #DrewsMovieNite pic.twitter.com/ThSwC7nwi6

CBS television distribution cleared the Drew Barrymore Show in 85 percent of the United States. The station was the first to sign on as the home for the show, giving, it access to several Top Markets. Barrymore herself, Ember Truesdell and Chris Miller are executive producers. It’s safe to say that Barrymore is no stranger to the public eye after being born into a family of actors including her grandfather, John Barrymore. After her breakout role in E.T: The Extraterrestrial, she went on to star in several films and roles and in 1995 created the production company Flower Films.

Some of her most notable works include The Wedding Singer, 50 First Dates, Never Been Kissed, Music and Lyrics, Whip It, Grey Gardens, and recently stared and executive-produced Netflix’s Santa Clarita Diet. Along with her successful acting, Barrymore became an entrepreneur founding the Lifestyle brand Flower by Drew in 2013. The line offers several beauty products, eyewear, and a home line. She received a star on the Hollywood Walk of Fame in 2004.